Well, October arrived and so did the rain – it’s been raining steadily since but it is supposed to clear up again. ?We did quite a bit of blackberry picking from mid September, not as much as I had planned, but a reasonable amount. The kids got into it this year (didn’t get bored after half an hour) and filled their buckets each time. 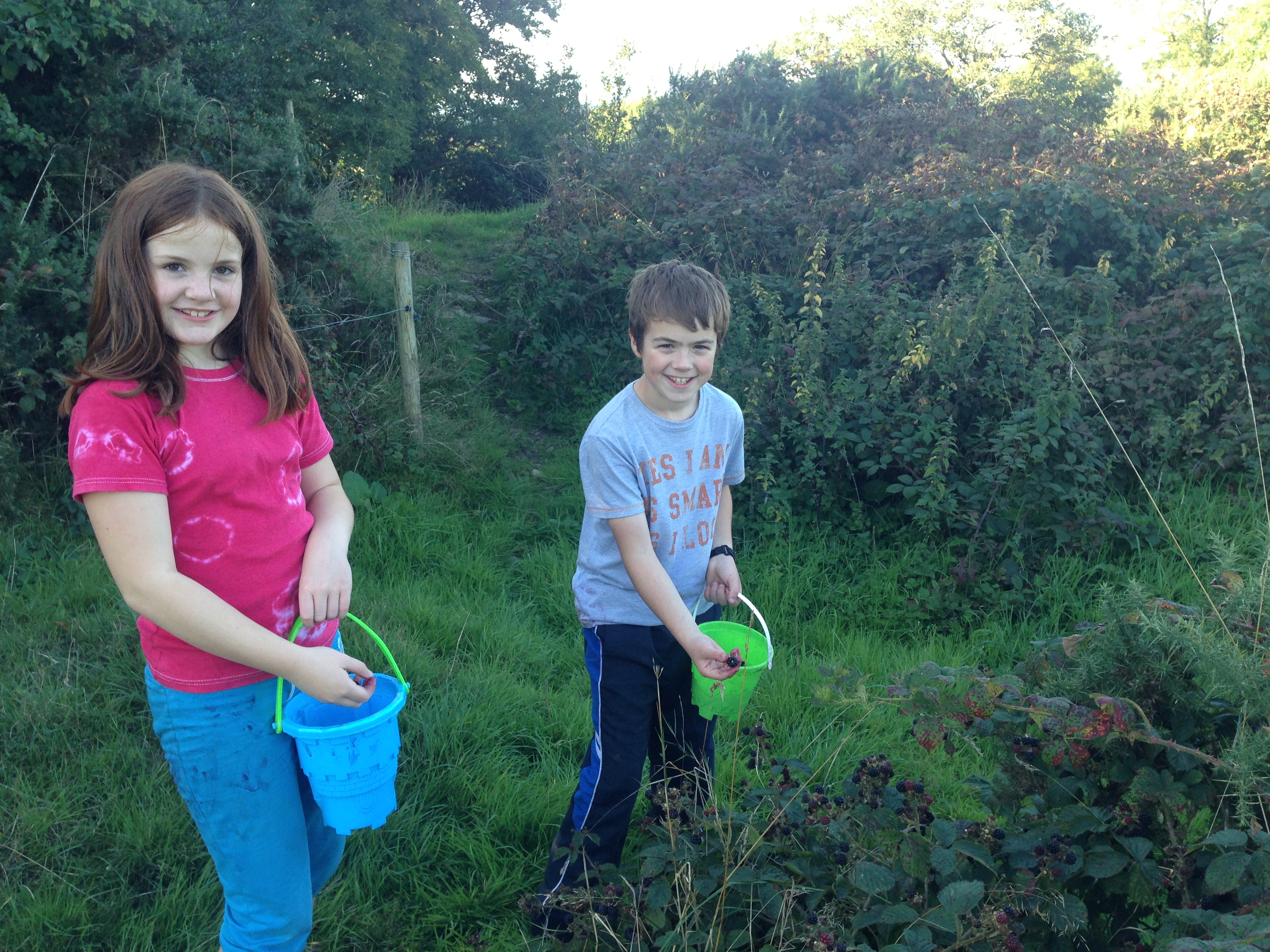 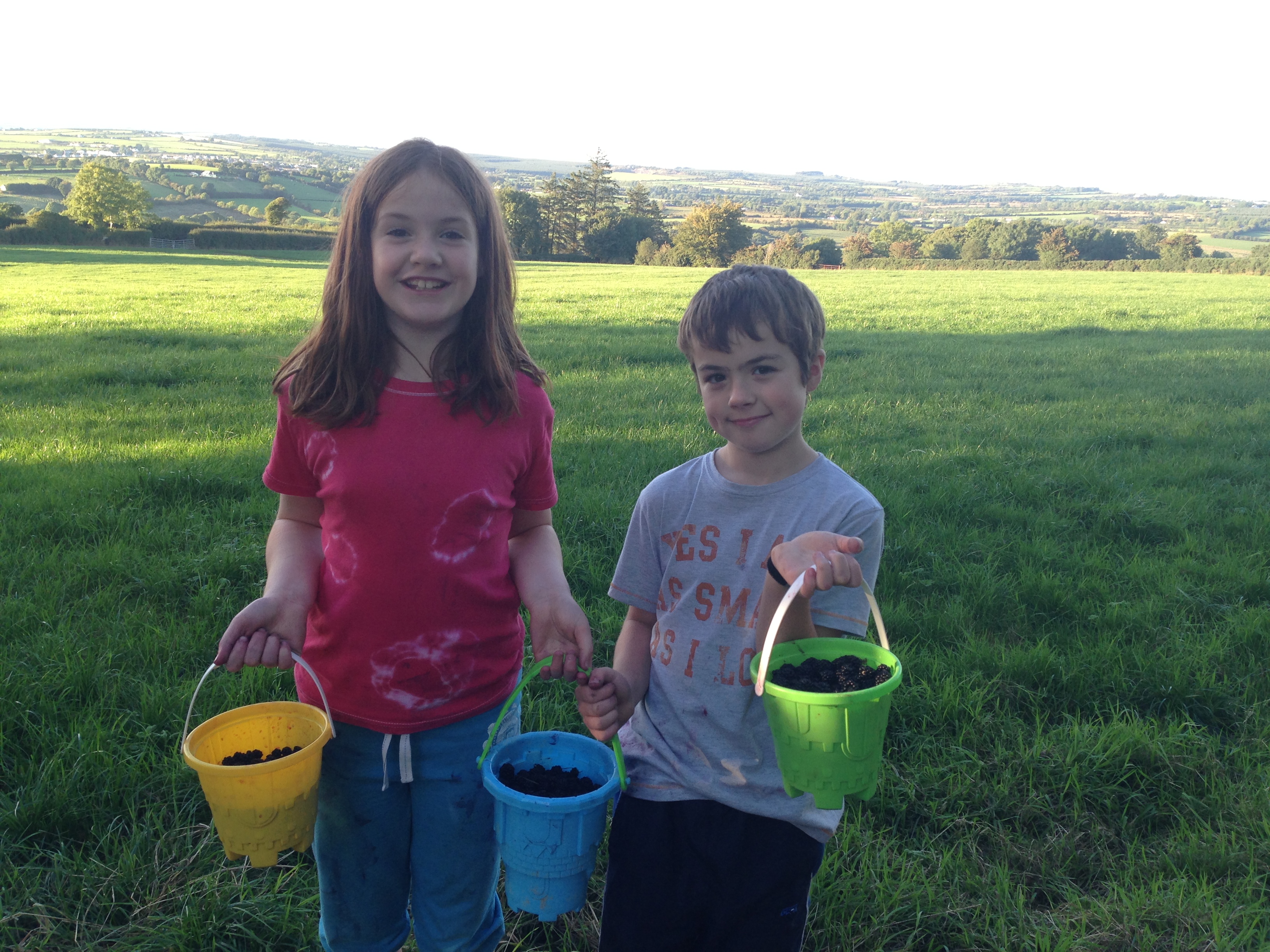 All were consumed pretty quickly – there was no rat-grey fungus growing over them (that image from Heaney’s poem always stayed with me). My mum made jam and I made apple and blackberry tarts so there’s 3 huge ones in the freezer.

Late August, given heavy rain and sun For a full week, the blackberries would ripen. At first, just one, a glossy purple clot Among others, red, green, hard as a knot. You ate that first one and its flesh was sweet Like thickened wine: summer’s blood was in it Leaving stains upon the tongue and lust for Picking. Then red ones inked up and that hunger Sent us out with milk cans, pea tins, jam-pots Where briars scratched and wet grass bleached our boots. Round hayfields, cornfields and potato-drills We trekked and picked until the cans were full Until the tinkling bottom had been covered With green ones, and on top big dark blobs burned Like a plate of eyes. Our hands were peppered With thorn pricks, our palms sticky as Bluebeard’s. We hoarded the fresh berries in the byre. But when the bath was filled we found a fur, A rat-grey fungus, glutting on our cache. The juice was stinking too. Once off the bush The fruit fermented, the sweet flesh would turn sour. I always felt like crying. It wasn’t fair That all the lovely canfuls smelt of rot. Each year I hoped they’d keep, knew they would not.