I was amused to see this(Don’t Sweat The Small Stuff’ as an important piece of advice in Tric Kearney’s blog the other day and when I thought about it, I realised that my motto ‘tomorrow is another day’ isn’t a million miles away. I’m usually of the opinion that very few things are so important that they have to be done today, yes, there are deadlines with some things but if the hoover isn’t run around till tomorrow or the bathroom isn’t cleaned or the washing isn’t ironed, there’s no panic at all.

Before farming and children, I was reasonably house proud but it was easy then – we lived in two and three bedroom Victorian mid terraced houses – 6 rooms in total, reasonable sized garden but very manageable, no wellies, no lego. As we usually spent half the time (ie one year of the two we’d stay living in each house) renovating, the houses didn’t have to be kept tidy and dust free for all that long before I was on to the next dusty project. ?Paid work was then confined to 8:30-5ish, it rarely came home with me. I stayed at the school after classes had finished to get marking and prep work done and then left it all there. 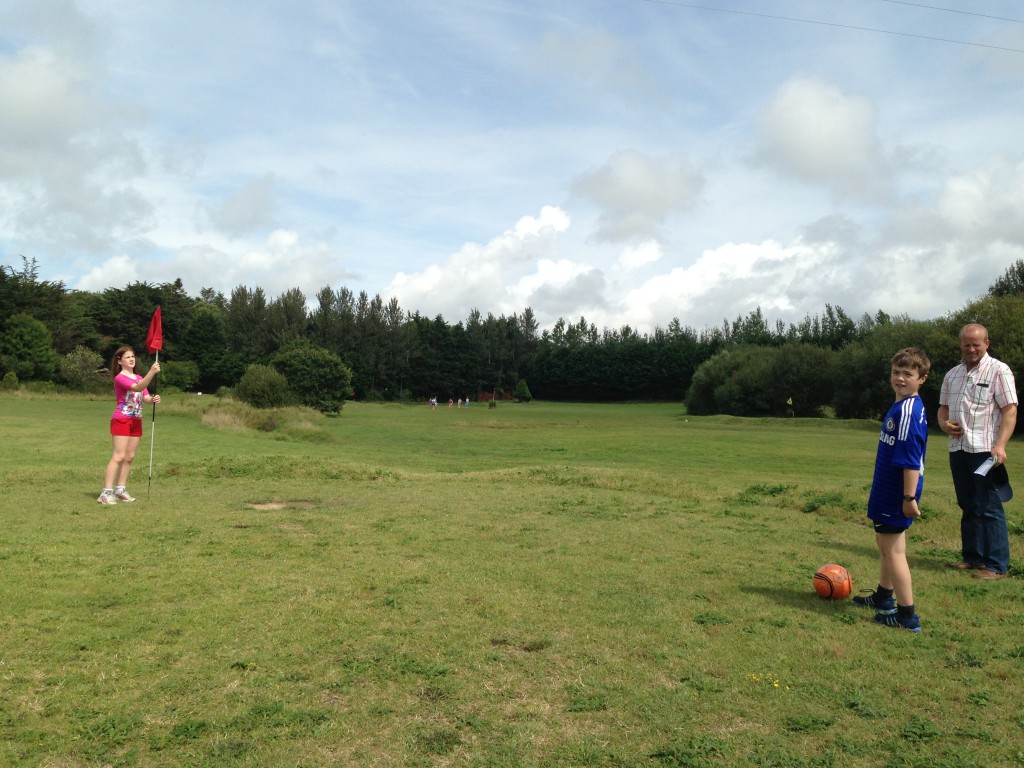 Anyone who comes to my back door now would fall over about three pairs of wellies, two pairs of runners, swingball racquets, a football and probably a tennis racquet just to take the two steps to get into the scullery – and that’s not counting the old farm tom cat that has taken to hanging out around the back door too. If they made it to the living room, they would probably mistake it for a playroom as at one side there’s some Sylvanian doll’s houses set up on raised coffee tables plus some Lego friends, at the other side there’s a considerably sized Lego city laid out. On the rug in front of the fire, we have a tub contained oddments of lego and a variety of houses at various building stages. Plonked in the middle of all those are the sofa and two armchairs. Oh, and I forgot the iron that is on the floor from being used to hastily iron something yesterday morning. Brian does sometimes wonder aloud if I am teaching the kids bad habits ie not being tidy enough but I feel the opposite is just as bad – ie not being able to relax if something is out of place and I have seen people like that and I didn’t think they looked terribly happy- well, that’s my excuse! I always think if you can ignore the washing up to sit down and enjoy a book – that’s relaxation. 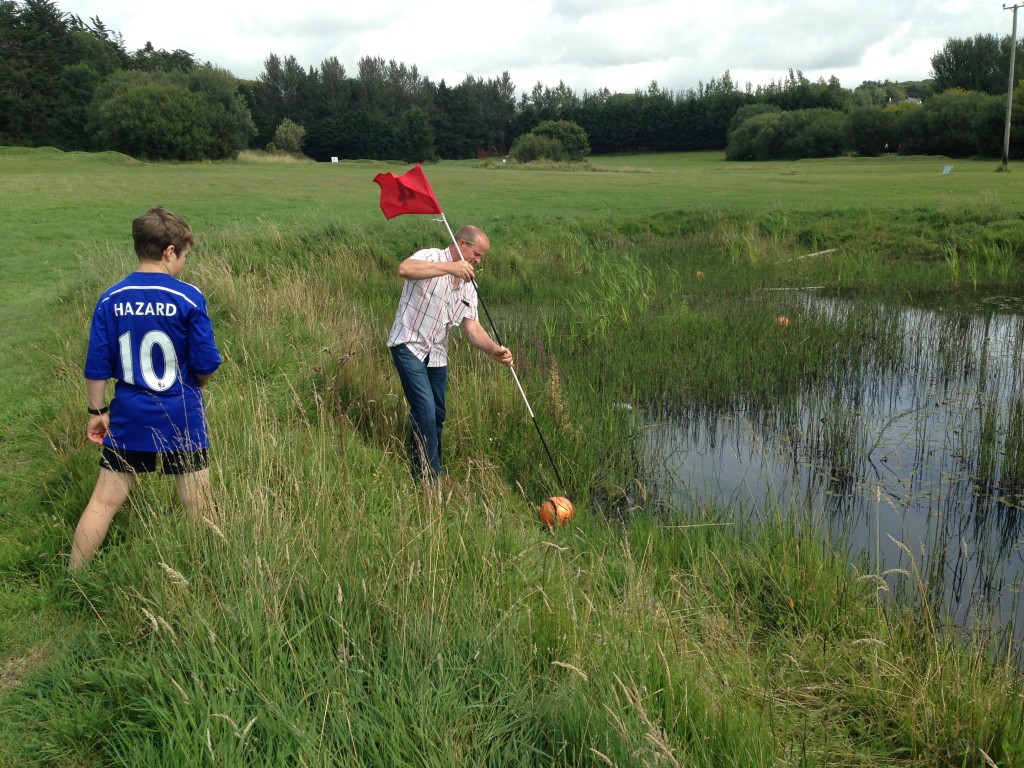 There are 3 buckets of exterior paint in the scullery, there’s varnish for the window and there’s a huge bucket of creosote. Yes, I have plans to paint all of the windows this summer (have given three one coat of paint – there’s 13 of assorted sizes on the ground floor and five on the first floor! I also have plans to paint the outside of the house and creosote the fencing. Brian had plans to repair a shed roof while there is still lots of dung piled up in the shed (so that if he falls through, he has a soft landing! – yep, a 45 year old farmer fell ten feet through a shed roof to a concrete floor two weeks ago and died very shortly afterwards).

I had plans to paint a couple of windows today – after I’d sorted blog awards stuff, written a couple of ghost posts for clients, maybe even written a post here but what did Brian suggest yesterday but a trip to the beach. We were all feeling subdued on Tuesday – not sure if it was because it was the bank holiday blues or the realisation that these long summer holidays are going to be over in just 3 weeks. Now, I know that some parents only get to spend two weeks away on hols with their kids, I know I’m lucky to be able to work while they are around but 6 weeks of the holidays are gone already – 6 weeks is all the UK kids get poor things and there’s only 3 weeks left.

Added to this is the fact that our eldest is going into his final year in primary school, it’s 8 years since he started – where have those years gone?! Another 8 years and both of them will be in university, independent, going on their own holidays, making their own fun, going out with boyfriends/girlfriends, blessing us with their presence occasionally.

So we headed off to play ‘Pitch and Foot’ today, a 10 hold course with a par of 39!! Good fun, then for a pub lunch and then to the beach and a wander along a coast path before heading home to do the rest of the work. Fabulously hot day until we got to Kilkenny and the heavens opened. 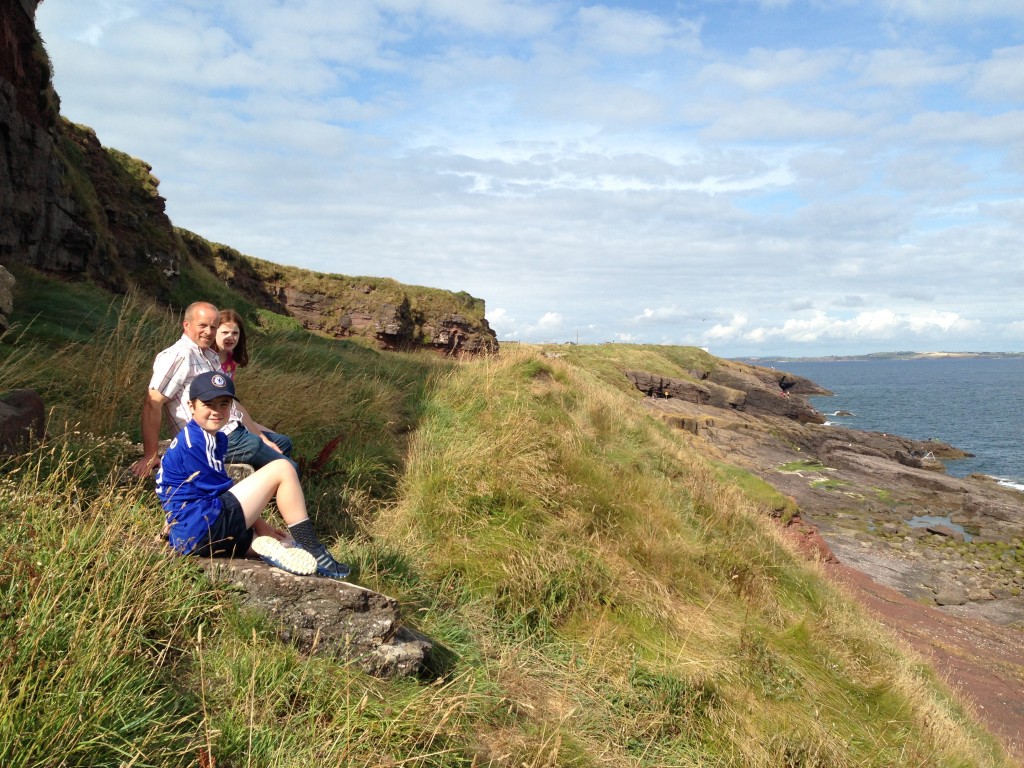 We’ve had more days out this summer than usual – we’ve managed a day away as a family most weeks (in addition to an afternoon off on Sundays) and even had two one-night stays away too. But we decided – sod the painting and the shed, it can be done tomorrow or the day after. As I pointed out, we were both up and working by 6:30, we left at 11:30 – that’s a good 4.5 hours work done on our ‘day off’ not to mention the evening milking and the fact that I’ll tap away on the keyboard too.

So if you come to my house and you fall over wellies or an iron or wonder if you should sweep the floor for me (please do!) please remember that I was probably on a day out the day before and decided that tidy houses are overrated!

Because as Tric’s blog post reminds us, we never know what is around the corner. We don’t all live till we are in our 80s. Accidents happen (2 young children died in farm accidents last weekend – God love their families because it doesn’t bear thinking about) and people get life threatening illnesses. Children die. Young parents die.

‘Tomorrow is another day’ and ‘Don’t sweat the small stuff’ – two important mottos for life that I hope my children will live by too.