One thing that strikes me about many of the American farming blogs is that they often state how many generations of that family have farmed, eg. third generation, fifth generation etc, with a hope that it will be continued to the next generation. ?That sense of pride is admirable especially as farming must be one of the toughest businesses out there. 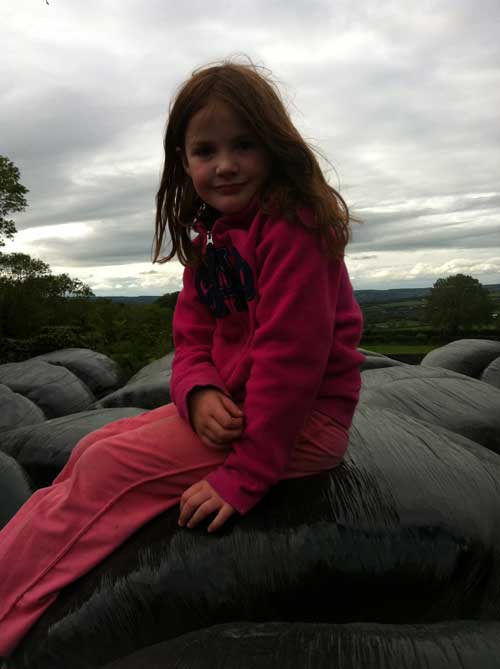 Do you know, I’m not sure how many of my ancestors have farmed, my great grandfather was a farmer but beyond that, I’m not sure. He actually farmed beside our current outfarm at Fairymount, then he bought a farm called Kilmeany which has a fabulous old house. He over stretched himself and the bank sold the house and farm on him but he rallied and bought another farm.

Our farm at Garrendenny was bought by Herbert Sixsmith in 1908 to the best of my memory. He married the local teacher’s sister who was a seamstress and apparently she was teased and looked down upon for her lowly status. The story goes that he was building haycocks in our field called Taylor’s, stuck the pitchfork in the haycock, told the others he’d be back soon, rolled down his sleeves and walked the mile to the church where they married and later on that day, he resumed his haymaking. They were childless and left the farm to George Sixsmith, my grandfather. At the time he had a good 100 acres near Fenagh, a good dry farm. I’ll never understand why he didn’t set it as he had 2 sons at the time but he sold it, invested in war bonds and lost every penny. They moved up to Garrendenny in 1945 when my father was 7. It was a bit of a culture shock and I understood why when I returned from England. The people here (don’t get me wrong, they are very nice and I am part of them) but they are more ‘mountainous’ than in lower ground, the men are more sallow and harder looking, and they speak with broader accents. Children too, were much more likely to speak with their fists than the school children in Ballybrommel apparently!

Apparently land only changes hands in Ireland once every 400 years whereas the European average is once every 70 years so that just shows our attachment to it. There is indeed an attachment. Apparently farmers in New Zealand will upscale quite readily by selling up and buying again. Whether it is the ridiculously high taxes we pay for buying and selling or the attachment to land, but families here tend to farm the same farms for generations. That’s another reason why I wonder at my grandfather selling his original farm. 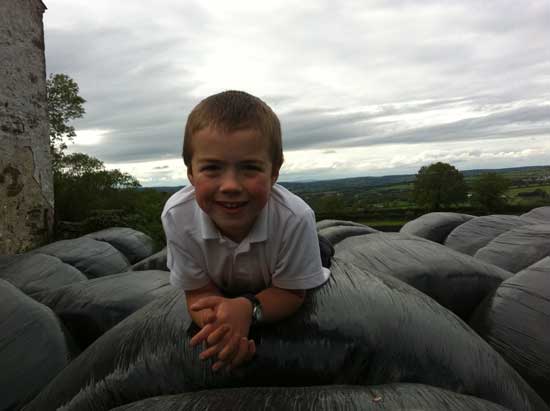 Will we ever sell here? Hard to know, if one of our children decides to farm, it will, of course, be handed on to him or her but I would never insist on a child taking over the reins. Dairy farming is too tough a life to take on unless you have a love for it. Brian loves his cows and has a passion for what he does – without that passion to plan for and want to grow the business, it would be drudgery. Farming is not just a livelihood, it has to create a spark. Now, does that make us the fourth Sixsmith generation to farm this particular farm? (Brian is a blow-in by the way and I still use my own surname!)

4 thoughts on “How many generations?”