Following the suffering, pain, trauma and distress experienced by Sybil in Downton Abbey a few weeks ago from pre-eclampsia prompted ideas for a blog post but I never got around to writing it. I can’t even remember now what my ideas were – at the time it reminded me of my aunt who died at the age of 19 from pre-eclampsia. It reminded me when my sister developed pre-eclampsia in her first pregnancy and we couldn’t tell my dad what was wrong as he would have been up the walls. She was in good hands but all the same, the thought ‘what if’ went through our minds. 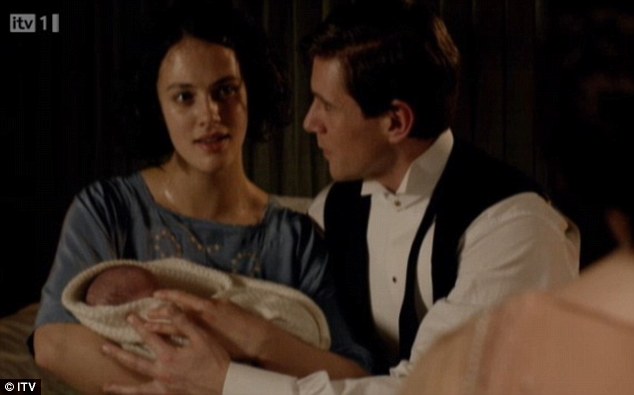 2 women died in pregnancy/delivery related deaths a couple of months ago in a Dublin hospital. I didn’t read about the details but they did strike me just what a risk pregnancy and childbirth were years ago and in many ways, still are. We rarely hear of women dying from childbirth and the infant mortality rate is low so it is very easy to feel invincible. ?I think I felt much more invincible ten years ago though – maybe it is age and awareness of more tragedies that makes me feel much more aware of the health dangers that still exist for women of child-bearing age.

Then, this week, the whole world seems to have rocked with the shock of the death of the young 31 year old Savita who was being treated for a miscarriage at 17 weeks in a Galway hospital. ?Reports of her husband saying they were told that Savita couldn’t have a termination to stop the pain (even though the baby was unviable at 17 weeks) as she was in Ireland, a Catholic country in which abortion was unlawful, has shocked the world.

What about the X case? ?I repeated this to myself again and again. Surely if the mother’s life is in danger, they could have performed the ?termination. ?Despite the media and public attention on social media networks, television, print, and radio, it seems the world has to wait for the result of the inquiry. Some articles argue that the only treatment should have been to terminate the pregnancy given the risk of infection, other arguments state that Savita’s life wasn’t in danger at the time of requesting the termination.

But – she was a dentist, she had some medical knowledge, she knew her baby wouldn’t be viable, she was fully dilated, her waters had broken, she asked for a termination, she was in agony – surely she had some say!

Ireland’s last referendum on abortion was in 1992 when the Catholic church was in a much stronger position. ?It is certainly time for another referendum. The problem is that the debate tends to focus on the extremes of the opposing sides, almost showing both as militant. I suspect that many of those in the middle ground would vote for legal abortion – not just because 4,000 women travel abroad for terminations anyway. ?Many of us would hate to see our own daughters feel they had to have an abortion, would detest to see the end of what might be a happy, healthy life but it is not our wombs nor our lives. However, if someone wants an abortion, they will travel for it and that means extra anguish, lack of counselling and much more trauma. ?What about the poor couples whose unborn baby will not live for long past birth and who decide to travel to the UK for a medical termination? ?Having lost embryos myself and struggled with the losses, feeling that my unborn babies should have been born, I know if it was to happen to me, I would carry on with the pregnancy even just to have minutes with a live baby, to take photos, to give him a name and to have a burial with some closure but not everyone would feel the same and having to travel and feeling like a criminal is not right in a first world country.

I happened to hear some discussion on the topic on Joe Duffy the other day (usually boycotted by me due to its depressing topics!). Women were phoning in with stories of how they arrived at hospital in agony and luckily for them, their baby was either born (and died) or the heartbeat stopped and the contents of the womb were then removed. They lived. ?They all said that they were told the safety of their baby was paramount, that nothing could be done for the mother until the heartbeat was gone, not even pain killers or an x-ray.

Somehow, it seems worse that this happened to a couple who emigrated to this country. If they had gone to England, for example, would she still be alive. We may never know and we are only guessing until we hear the results of the inquiry.

The fact remains that the law needs to be changed. It makes me feel cold to think that my daughter might be at risk in twenty years time if the law isn’t changed. Losing a baby at 17 weeks is devastating for any young mother, the fact that Savita begged for a termination shows the extent of her agony and desperation. It must never happen to another woman.

It is rare for me to speak against the Catholic church. Not being Catholic, I feel it is not appropriate for me to do so. Having said that, I know there are many Protestants that would have voted against abortion in the last referendum too. ?I don’t think it is necessarily a religion issue as many Irish people share the same ideologies. ?However, religion seems to have less of a hold and influence over the population now, exacerbated by the number of abuses revealed over the years.

Women deserve the best medical care available. It is bad enough that many of us feel the necessity to pay for health insurance – not because we want a private room, but because we don’t trust the Irish health system to treat us quickly enough if we or our children fall seriously ill. The suggestion that a young women did not receive the treatment she should have got because she was in a Western country that outlaws abortion, despite it being allowed if the mother’s life is in danger, is terrifying. ?If I remember correctly, the young woman in the X case still had to travel to the UK for her termination, it couldn’t happen here. Talk about sweeping things under the carpet! ?Poor Savita needed an ambulance to Belfast!

May she rest in peace and may change come about in Ireland. What a pity a young lady had to die for it to be demanded.

12 thoughts on “Ireland needs a change”