The job of sorting a batch of cattle into two groups (and the resulting swearing and shouting at each other) two years ago inspired a blog post which went on to inspire my book! I guess I have a lot to be grateful for to those awkward calves and my darling husband’s inadequate descriptions of “the black one” for three more or less equally black and white cattle, “the white one'”for three more or less equally black and white calves, “the big one” for the calf that just might have been half an inch taller than its comrades and “the bull” when the heads are coming towards me and I can’t see between their legs. As with all farmers, they think their directions are as clear as glass whereas the reality is they are as clear as mud. You get the message! If they looked alike, it was “that one, that one” with a pointing of the stick. 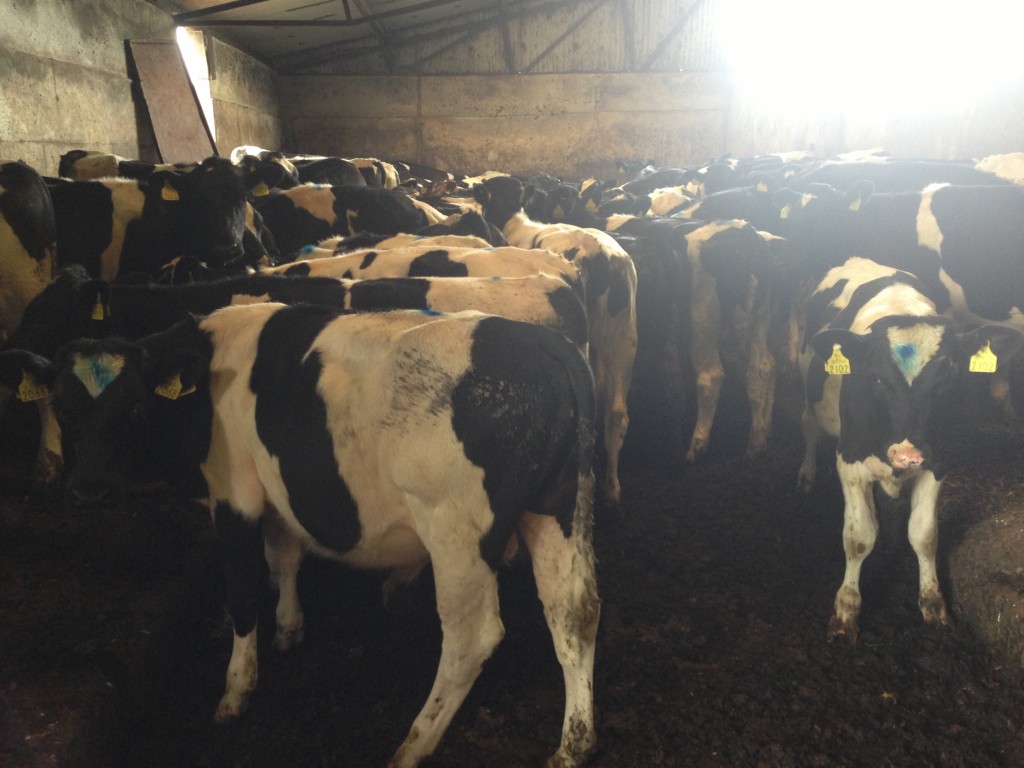 Spot the blue dots? Couldn’t take too many photos or I was shouted at for that! 😉

We had the task recently of dividing the calves into two batches. The females were showing signs of being on heat and the bull calves, although not fertile yet, were on the verge of getting frisky so the females were staying on the outfarm and the males were coming home. 120 calves to be roughly divided in half based on their gender. Brian was going to dose them first with Will’s help and he promised an effective way to speed up the separating and eliminate the shouting! While dosing them, Brian sprayed the bull calves with a blue dot on their forehead (easily viewed when they coming towards me head first) and a blue dot towards their rear – just in case! 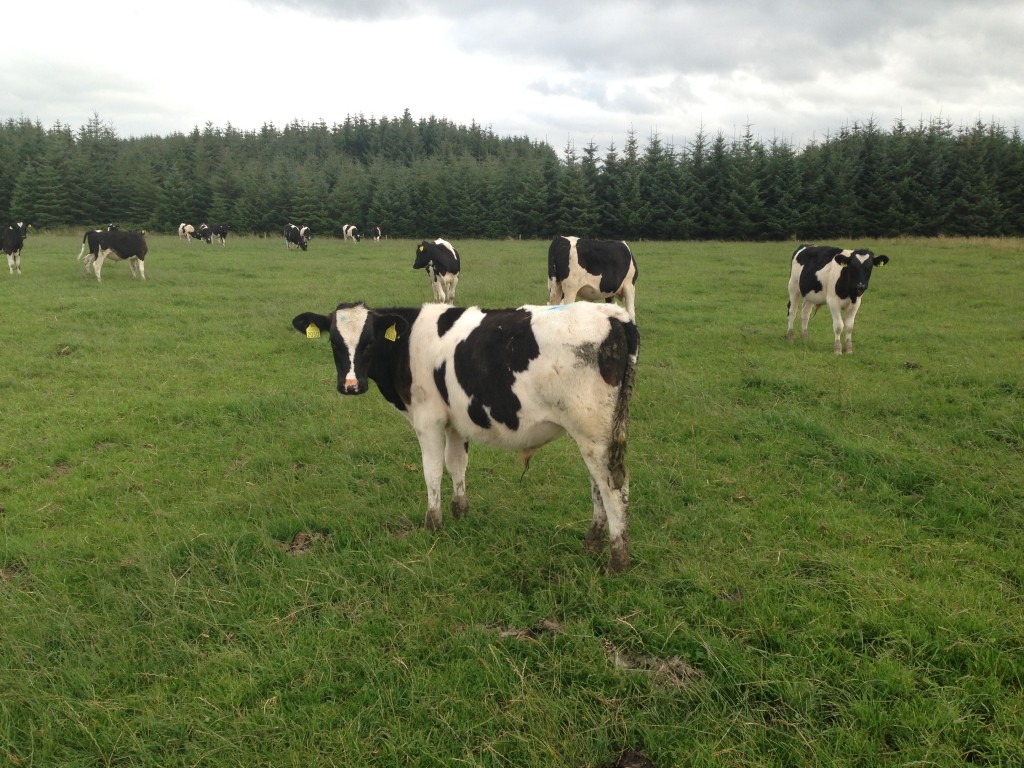 Two weeks after they’ve been moved and you can just about see the blue dot still.

I did recognise some of them. Charlie is still the biggest calf, just as well they are being castrated soon, he was bellowing already and he’s not 6 months old yet. Maggie Moo is turning into a lovely heifer, as are most of them. Well, the blue dots worked a treat! All the calves were in one of the wintering sheds, I was at the gate, letting heifers out and keeping bulls in. Of course if we had modern facilities there would be no need for blue dots but when it was just me blocking the gap and Brian trying to keep back the ‘wrong ones’, they were brilliant! No shouting, no arguments, all done in double quick time. 60 odd heifer calves released to the field and 60 odd bulls kept in the shed to be loaded up into the cattle trailer and transported home in a few lots.

Although it was much handier, I’m glad we didn’t think of it two years ago as otherwise my post might never have been written and then the book wouldn’t have materialised! Do you have any fail-safe ways to cut down on the shouting and swearing while sorting cattle?

6 thoughts on “How To Sort Cattle – with no arguments!”