If you are looking for a nice relaxing afternoon out, I’m going to recommend Duckett’s Grove outside Carlow. I have to admit I still have to do the tour, despite visiting on numerous occasions. ?It has a romantic history, the castle being burnt during Ireland’s more troubled times in 1933. 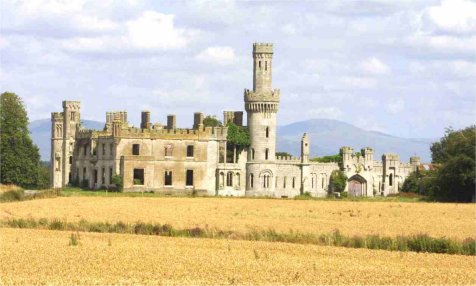 The kids like running around the walled garden and through the trees and under the bridge. ?It has hosted craft and food fairs at various times during the year for the last couple of years and now, Madeleine Forrest, a very good friend of mine, is running the tea rooms there. 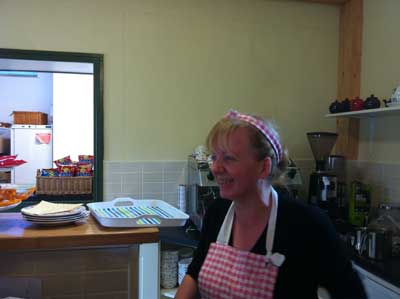 I’ve been a few times to have her almost infamous hot chocolate and looking through my photograph files, have realised that I was always enjoying the drink too much to stop and take a photo! ?It’s a perfect little tea rooms to head too when the kids have finished running around and you’re parched from strolling. ?If it is fine, there’s seating outside too where you can enjoy Madeleine’s home baking – she seems to have something different and equally scrummy each time I’m there so I can’t recommend any one cake over another. 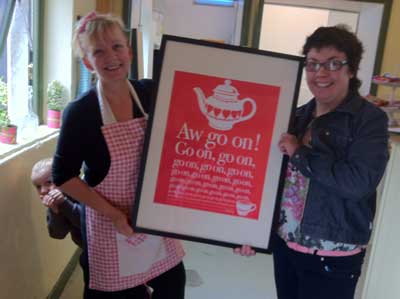 I brought Mrs. Doyle along to hang on the wall! 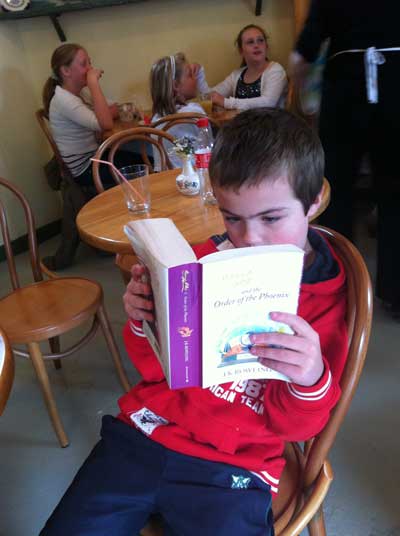 As I was meeting a friend with daughters during my last visit, Will got engrossed in Harry Potter again – rather than girly chat!

Do like The Tearooms at Ducketts Grove on facebook too. They are open 10-6 on Fridays, Saturdays and Sundays. ?Madeleine is making the space available during the week to groups such as mother and toddler groups so do contact her if you are interested. ?Madeleine also provides picnics and a tartan blanket if you’d prefer to picnic outside but haven’t brought your own – isn’t that a fabulous idea. There’s always a sunny smile to greet you too. And yes, it’s a bank holiday Monday today so it will be open.

4 thoughts on “The Tea Rooms at Duckett’s Grove”

Leave a Reply to All things nice.. Cancel reply