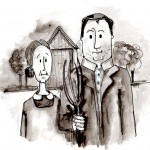 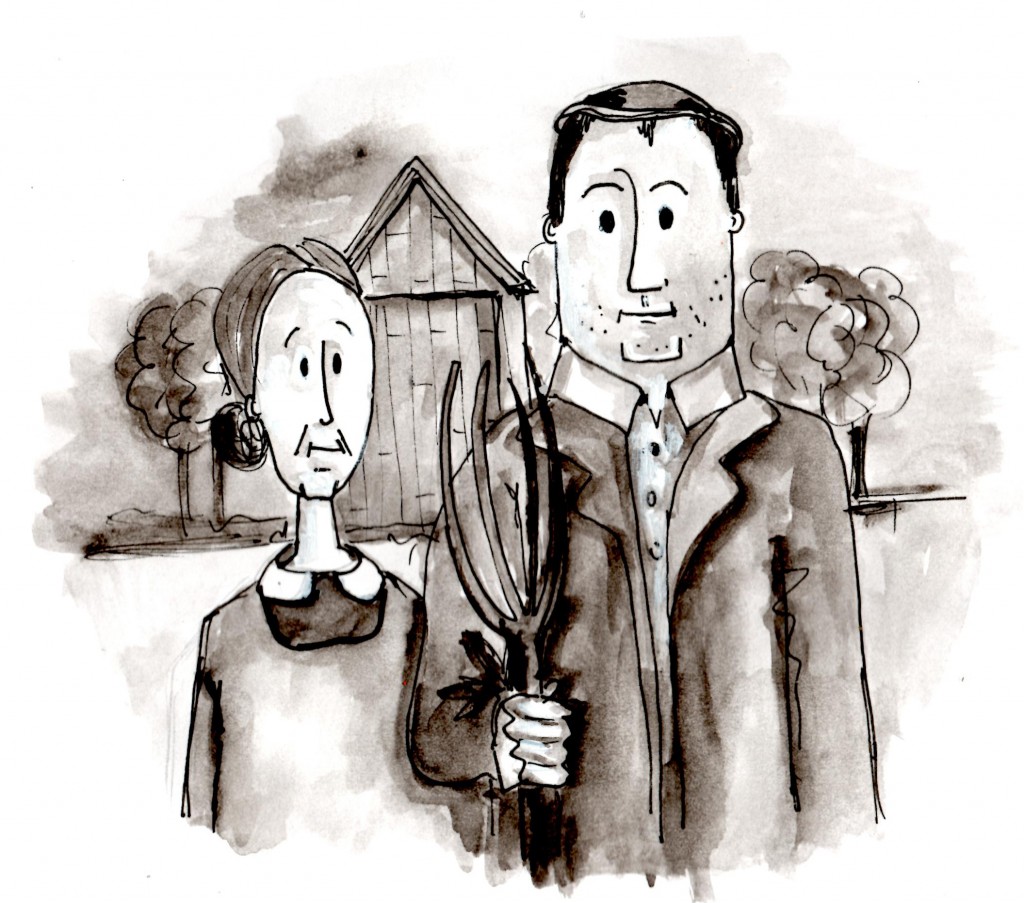 Are Farmers seen as a good catch now?

I have to admit that I was somewhat surprised when I started researching my first book and found that many women nowadays see farmers as pretty good husband material. Why was I surprised? Well, I guess when you are married to one, you kind of take them for granted plus you’re aware of the long hours and the fluctuating income. However, farmers seem to be viewed as having great husband potential because:

And I’m sure there are lots more reasons too.

Was American Farming seen as a good life in the 1920s?

In the 1920s, over 7000 American women, responding to a questions from a magazine “If you had a daughter of marriageable age, would you, in light of your own experience, have her marry a farmer?”  wrote expressing their appreciation of farming as a lifestyle. Many reasons were included in the book The Farmer’s Wife Sampler Quilt.

“Farming is the only business which a woman automatically can enter, upon marriage, as her husband’s assistant manager. This gives her an importance beyond that of being merely a wife, and a mother of his children, dependent for a livelihood upon industrial conditions, or upon his ability to please his employer. Without her services the garden, poultry and dairy would bring them little profit. Having these products, living in assured, and beyond this, is the satisfaction of being a real help-meet.  The mind of a farmer’s wife is continually broadening by the variety of her interests. Bees, berries, babies; cheese, chicks, canning; grub, garments, garden – do these suggest an empty mind?”

“What other position in life requires as much knowledge and skills as to be a farmer’s wife? Nor is she a drudge because she performs these many tasks; she is a financier, a bookkeeper, and home-maker, a manufacturer, a canner, a trained nurse, a teacher and a livestock breeder. She is a real business woman.”

“The home of the farmer’s wife can have most of the labor-saving devices on the market, good books, the leading magazines, telephone, music, pictures and so forth – all at a nominal cost. Amusements in the counry are more varied than any other place: we have fishing, driving, skating, horseback riding, croquet, tennis, hayrides, corn-roasts, all kinds of picnics, and other good times.”

What about Irish Farming? Was it seen as a good life?

Did Irish women feel the same? Well, yes and no. Obviously some women did marry farmers but the image of the bachelor farmer was a common one in Ireland from the early to mid twentieth century.

In 1911, 25% of Irish women aged 45-57 were unmarried, and in 1936, 44% of women aged 34 were single (Irish Press 5/7/1947) . This was partly as a result of the Great Potato Famine and the change in inheritance habits so only the eldest son inherited the farm, families had become cautious in their realisation that the family farm could only afford to support one family. Sons had to wait until their father died before they could inherit and hence, afford to marry. Therefore, they were often in their fifties before this could happen. Some married women three or four decades their junior, some discovered that all the eligible women in the parish had left for jobs and husbands abroad. It wasn’t necessarily easy for a woman to find a husband either. “Eligible” usually meant having a dowry and in the early twentieth century, Joanna Bourke estimated that out of most families with six daughters, the family would only be able to afford a dowry for two of them. There were other barriers to marriage too as women were expected to marry her equal or better (if a dowry could be afforded). There was no question of a farmer’s daughter marrying a landless labourer for example. Religion was also considered important and mixed marriages were not tolerated. Many of the personal ads of the time stipulated the religion and I’ve noticed this still happens in some personal advertisements today.

Respectable farmer’s son, Protestant, with sixty acres of land, five miles from Cork, wishes to hear from Protestant girl with view to marriage.

Farm Home is a farmer from Wexford in his late thirties who has a 90 acre well-stocked farm and a nice home and car. He would like to get in touch with sincere C of I girl in her twenties who is interested in farming. He is a non smoker. Strictest confidence given and expected.

UP Kerry is a farmer with two farms who would like to hear from girls (farmers’ daughters) with some farming experience. He breeds pedigree Friesian cattle, has own car and lives alone. Would like to meet RC girl with view to marriage. Photo appreciated.

Although unmarried women weren’t viewed as strange (as there were so many) yet because marriage bestowed social status, spinsters were often viewed with pity or scorn. While a man still had hope of getting married into his sixties, very few women got married later in life.

Back to whether the farmer was considered a good marriage partner or not. There were many reasons why marrying a farmer wasn’t viewed as the best move:

In the 1960s, a woman could be put out of her home, she wasn’t entitled to half the farm (pre-nuptial agreements will be another post!) and her dowry was either given to her husband or her husband’s family. This personal ad shows that some women were determined to hold onto their own assets.

East Clare Lady is a good looking, well-educated lady in Limerick who would like to meet a refined respectable gentleman with good house and means, with view to marriage. Replies especially welcome from Limerick city, East Clare or Co. Limerick. This lady intends keeping her money in her own name. Strictest confidence given and expected.

While the matchmaker and the dowry still played a part in some areas of the country until the 1960s, more couples were marrying for love rather than road frontage.

Women were often surprised by the expectations of male farmers in the 1960s and 1970s though. A writer to a woman’s magazine in 1967 was “flabbergasted” when a young farmer on a first date asked her age, occupation, pay and cooking ability, whether she dyed her hair, the cause of her mother’s early death, and, significantly, whether she would be able to keep on her job after marriage. Talk about getting the third-degree! Another lady, on a visit to her home place, was asked by a young farmer if her position in Dublin was good enough for her to save for a dowry. (The Irish Times 27 July 2015).

It’s interesting that almost a hundred years after American women were extolling the virtues of a rural life, Irish male farmers are now seen as ‘a good catch’.

It amuses me somewhat that I never thought of researching the lives of farm women when doing my MA in Irish Studies back in 1997. It never occurred to me. I’m finding it really interesting now and am looking forward to doing more primary research by interviewing farm women. There is some historical information in both of my books (primary and secondary research) and I’m looking forward to getting stuck into the next one.

In the meantime, I will be chatting with Ciara Meehan about expectations of marriage in 1960s Ireland in the studio, dlr LexIcon of DunLaoighaire on Saturday, 31 October at 3pm. It’s a free event and if you’d like to see more, the guide is here.

11 thoughts on “What Did Women Expect From A Farm Marriage?”