I’ve been meaning to read The Shepherd’s Life for some time. Judging by reviews on Amazon, most seemed to love it but a few felt there was too much repititon and there was an over-riding tone of anger and hostility so I was curious to see.

James Rebanks isn’t an ordinary farmer. It seems that he inherited his love of sheep farming from his paternal side and his love of books from his mother, studying in Oxford in his early 20s and now working for UNESCO but able to combine that with his life as a sheep farmer in the Lake District. 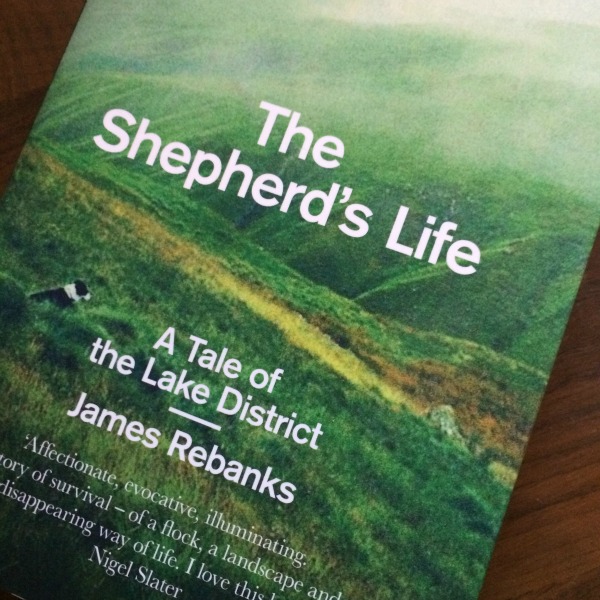 He provides an honest and frank look at fell farming past and present. Anyone thinking sheep farming would be an idyllic life would be quickly corrected as the book reveals the harshness of typical farming from finding ewes aborting and knowing there’s little the vet can do to facing sleet and snow when bringing hay to sheep on the fell. I particularly enjoyed his pride in telling of his successes in shows, winning prizes, selling tups for high prices and following the progeny in family lines. Indeed, the value of the prizes might make you think that it’s money for old rope but he reminds us that successes can be few and far between such are the difficulties in getting the breeding just right not to mention the competitiveness of other farmers too.

The book does begin with an angry tone as Rebanks tells us of his discontent in secondary school, a place where teachers seemed to think that none of their students would come to anything and the pupils themselves spent their time trying to create as much havoc as possible. As an ex-secondary school teacher, I did have some sympathy for the teachers! A mention of a bullied boy committing suicide later was just dropped in as if it happened all the time which emphasises, perhaps, the student hostility at the environment. That angry tone stayed with me for a while which was a shame and I can see why some readers were indignant at his seeming hostility to visitors to the Lake District.

There’s a certain musicality or rhythm to the book as it takes us through the seasons of the year. The prose is beautiful and quite lyrical at times. Each section dips into the jobs of that season but also reflects on his relationships with his father and grandfather mostly, how farming has changed and yet so much of it stays the same, the pride of shepherds, the work that goes into breeding a prize winning herd, the despair caused by the 2001 Foot and Mouth crisis and the future of farming. Rebanks also explains every job that sheep farming involves in detail so that readers not accustomed to farming can understand the purpose and the work involved in each task. The dipping into different years can cause a little confusion at times but I read quite quickly so that might be my own failing.

It’s a very open warts-and-all tale which is commendable. There’s little humour in it though and perhaps some of his self-deprecating comments could have been delivered with more humour to lighten the atmosphere but perhaps the fact that most farmers there can’t survive without off-farm jobs or some farm diversification makes life all too serious. He is very honest about how arguments happen while they are all busy working together and I’m sure every farm reader knows exactly what he is talking about. Many men will have been in the situation of his father, treated as the ‘boy’ for decades by his own father and just as he is taking charge himself, his son is biting at his heels and wanting to usurp his position.

My one disappointment with The Shepherd’s Life was the lack of photographs. Given the beauty of the photos on Rebanks’ twitter account (and I think they are what stimulated the idea for a book in the first place although I might be wrong on that), I was expecting to see many photographs throughout. Of course, that might have been a decision by the publishers as the sequel is an illustrated book of Herdwick Sheep. I found it to be slightly repetitive but those unfamiliar to farming may have needed more explanations of the mechanics of sheep farming. I didn’t mind the use of the ‘f’ word but I’m passing the book to my dad now and I know he won’t be impressed by that.

Overall, a wonderful insight into sheep farming in Cumbria. Have you read it yet? What did you think?

One thought on “Book Review: The Shepherd’s Life”