101 calves born, two deaths but a very good calving season so far. We still have to work out our sexed semen success and our heifer : bull ratio – at last count we were about 56 dairy heifers, 5 beef heifers and the rest in bulls so the ratio is pretty good. Here’s my nine commandments for successful calf rearing – well, it’s keeping me going and the calves thriving!

#1. Thou Must Be Patient

Patience is indeed a virtue and it can wear thin when you have a calf that just won’t drink. The reasons might be because it suckled its mother and it is finding it hard to adjust to the teat on the bottle, rolling it around its mouth rather than sucking on it. It might not be hungry enough but you know it still needs the antibodies in the colostrum so the milk has to be fed. It might be stubborn. Tickling it under its mouth can help sometimes! Somehow, it reminds me of rubbing my child’s foot to keep him / her awake while feeding! The problem is that if it’s within the first 48 hours, you can’t just growl “You’ll drink when you’re hungry, you little sod”, you have to get the colostrum in there.

Saying DRINK in a loud determined voice may work for Father Jack as Father Ted rushes to hand him a bottle of whisky but it doesn’t work with calves. I was assured by a farmer on twitter that threatening to slit its throat can work sometimes! The temptation is sometimes there to throw the milk at it and hope it will soak in but obviously one never gives in to it! If all fails, the calf receives the milk by stomach tube but as a last resort. Thou must stay calm and collected at all times – losing your rag won’t help at all.

#2. Thou Must Be Observant

If a calf is poorly, it can deteriorate very quickly. Lack of food plus a scour (diarrhoea) can result in the calf becoming dehydrated within hours. It’s usually fairly obvious if a calf is off – they won’t come to drink or will be hesitant. It might stand by the feeder without drinking. It may come on and off the feeder. It may show signs of a scour. It might look ‘tight in itself’ after feeding. Its ears might droop and eyes might be dull. It’s my job to check them and sometimes it’s Brian’s job to work out what is wrong and treat them. 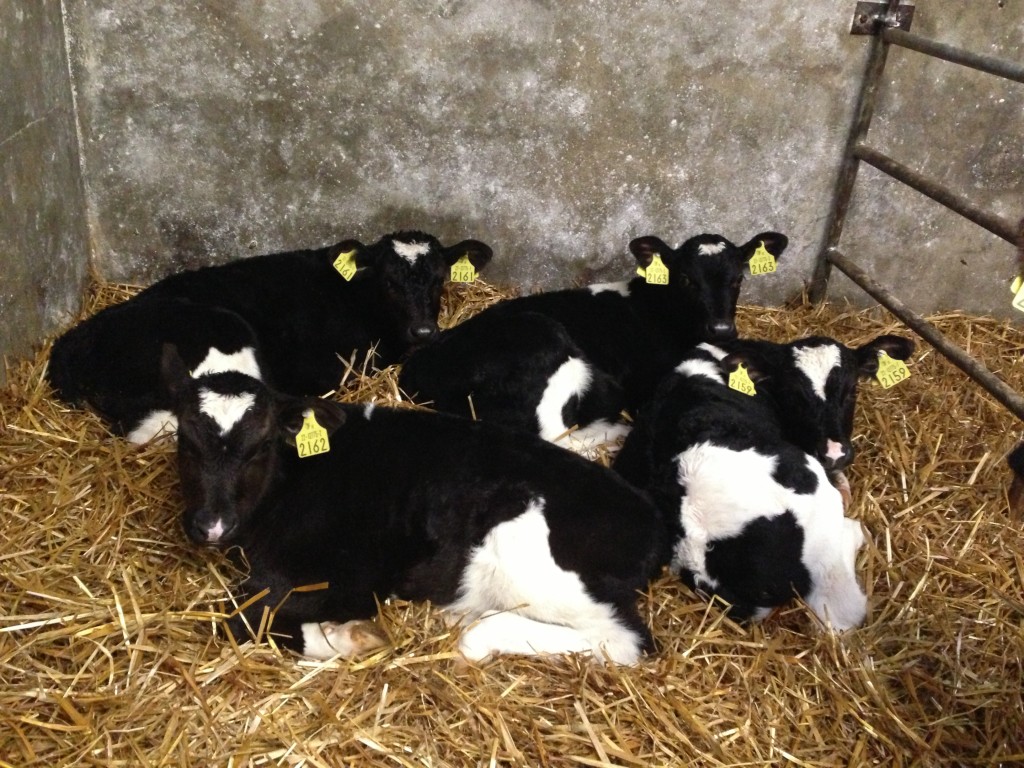 Calves can be bullies just like children in a playground. A greedy one might not be happy with the milk it is getting, believing that its neighbour’s teat is providing nicer milk so will try to jump from one to the other, knocking off its quieter neighbour. I always have to watch number 2155 for that, if she is in the middle of the feeder she is fine but if she’s at the edge, she somehow believes that the milk she’s getting is substandard! I have to keep an eye out for number 2216 too, he’s a quiet calf and if beside 2215, he can be bullied. Sometimes a quiet calf might have to be removed from a batch and put with younger or smaller calves for a few days.

Depending on the system for feeding calves, you may or may not need reasonable strength. Some farmers will use a pump to send the milk across to the calf shed. Others will use a quad and a feeder for up to 40-50 calves. Others will use buckets to transport the milk to the calves and yes, we use the last method too. The advantage is it’s a good workout carrying 16 litres of milk per bucket. The calves get 6 – 6.5 litres of whole milk in two feeds each day. 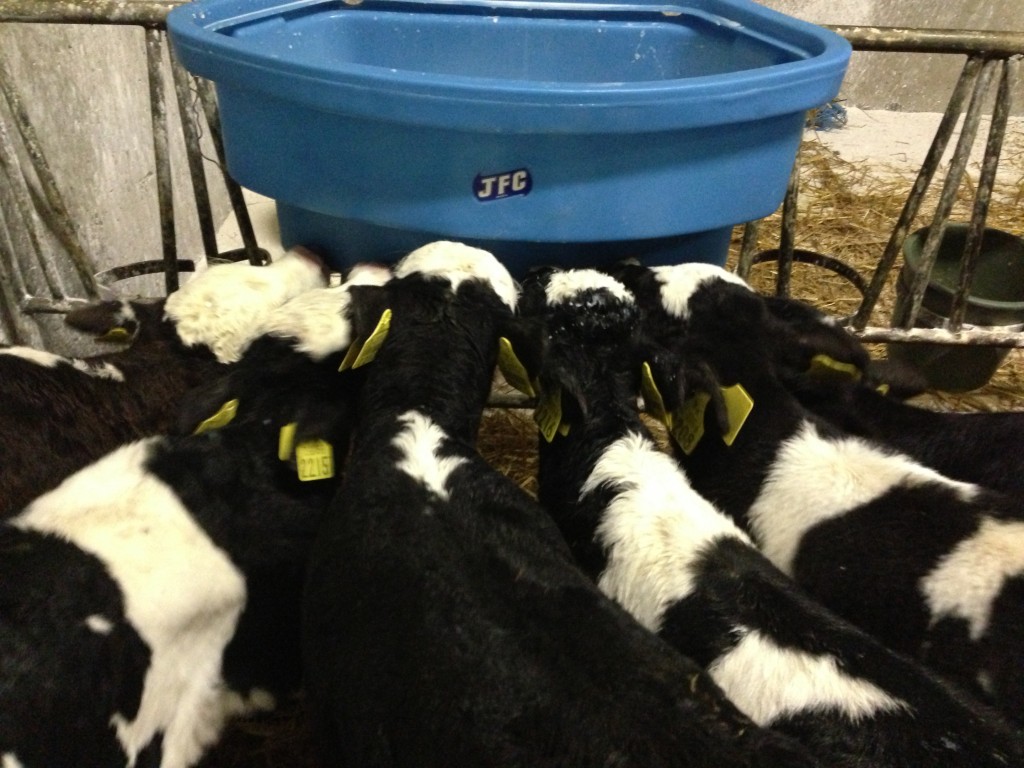 It can happen that even though a calf has drank well from the bottle for a couple of feeds, it doesn’t necessarily like the idea of drinking from the teat feeder. It’s a case of getting it sucking on your finger and encouraging it to swop your finger for the teat. The problem is they tend to back away from the feeder before they get the taste of the milk so it’s a case of pushing it up towards the feeder with either one arm or your leg and keep the other hand at its mouth – not the easiest if it is a long and strong calf! It’s one way to work up a sweat.

The vast majority of farmers care for their animals and will be upset if anything happens to them. We had to get a calf put down this week as it had atresia coli which means that the connection between the sections of the bowel weren’t joined properly. He just couldn’t defacate and was clearly uncomfortable so we got the vet to put him to sleep when he was out seeing to a cow. It’s all about making sure calves are warm and comfortable on a straw bed too, safe from draughts so they stay well and healthy.

#5. Thou Must Have A Good Memory

Calves from the same breed can look incredibly alike at time so you have to remember them by markings or their tag numbers. We give occasional ones names but most are known by numbers. As it takes the calves longer to drink the milk from the teat feeders than it takes me to carry the milk, I tend to do two sheds at a time – it has happened once that I forgot to feed one batch of calves one morning! I was wondering why they were bawling around midday and once I saw the positions of the teat feeders I realised what had happened – luckily they didn’t mind getting some cold milk!

You can’t dawdle! We feed the milk warm – it goes into a tank with a tap at the bottom and the calves do like getting it warm. I mean, wouldn’t you prefer a full belly of warm milk to cold milk? There’s always plenty of jobs to be done after the calves are fed too.

#7. Thou Must Be Good At Multi-Tasking

Sometimes I have to go from one kind of task to another, for example, kids to school, feed calves, quick shower and on to deliver some social media training or see a client. I cut down on the training in Feb and March but all the same, I’ve had a few rushed mornings recently when I had to go onto other things and it’s always the morning that a newborn won’t feed. My favourite mornings are when I can daydream when feeding them – while still staying observant and not forgetting any of course! 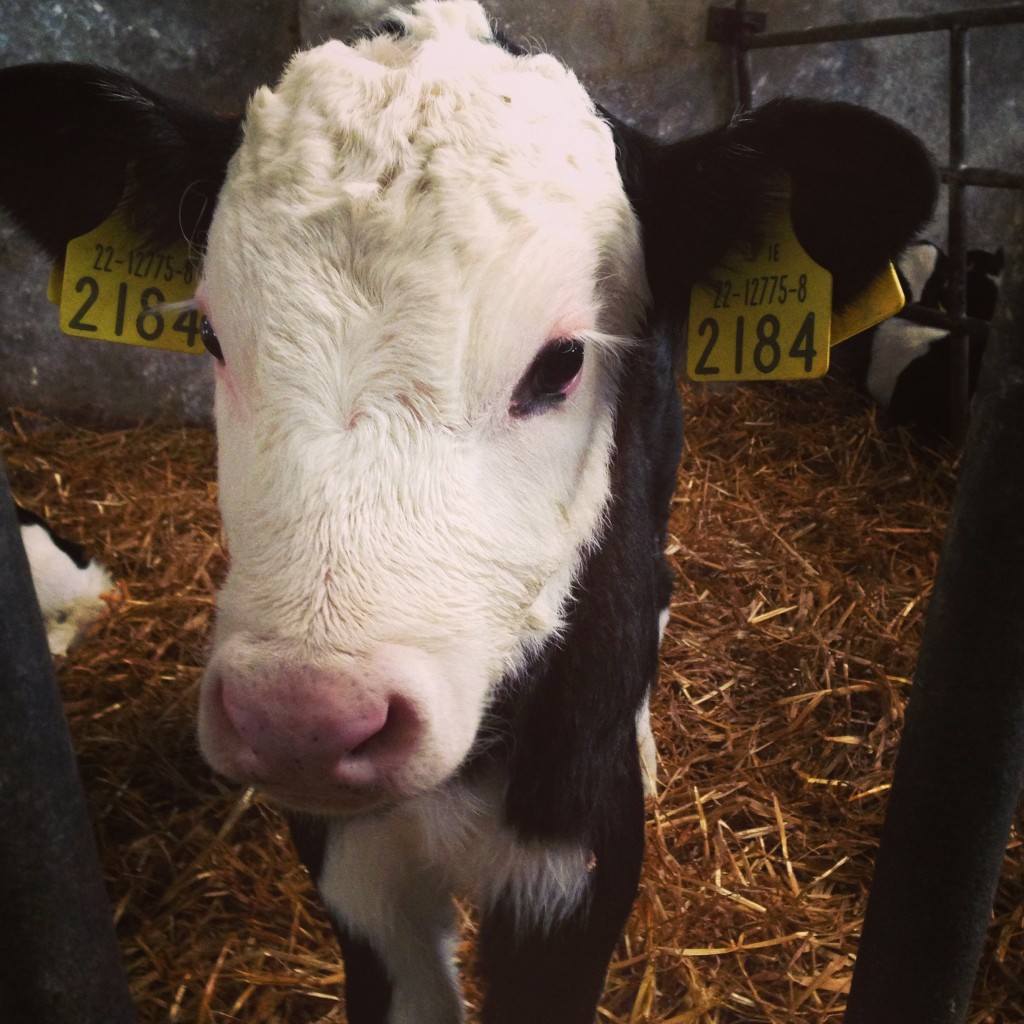 #8. Cleanliness Is Next To Godliness!

Cleanliness is pretty important when it comes to calves. I’m not sure why but I do get more satisfaction from cleaning calf buckets and calf feeders than my kitchen floor! I spent about two hours this afternoon moving 29 calves across to bigger pens and cleaning the bigger feeders that haven’t been used since last year. They were soaked in hot water and disinfectant and then scrubbed. All very satisfying in a strange sort of way. Now why don’t I get those feelings of satisfaction from cleaning my kitchen floor or washing windows!

#9 Thou Must Have Comfort And Cake

Cake is hugely important to calf rearers. When you come in from the yard, there is nothing as comforting as a kitchen warmed by a wood stove and the smell of freshly cooked pancakes (for breakfast) or a freshly baked sponge (for tea). Kate had gone down to my mum’s yesterday afternoon to do some sewing and as I went inside yesterday evening, I found myself hoping that they had done some baking. I really wanted a large mug of tea and a queen cake. They hadn’t but Kate was home and was popping my Mother’s Day cake into the oven as I opened the kitchen door so we all had an early slice last night. Cake is essential for successful calf rearing and chocolate comes a close second. 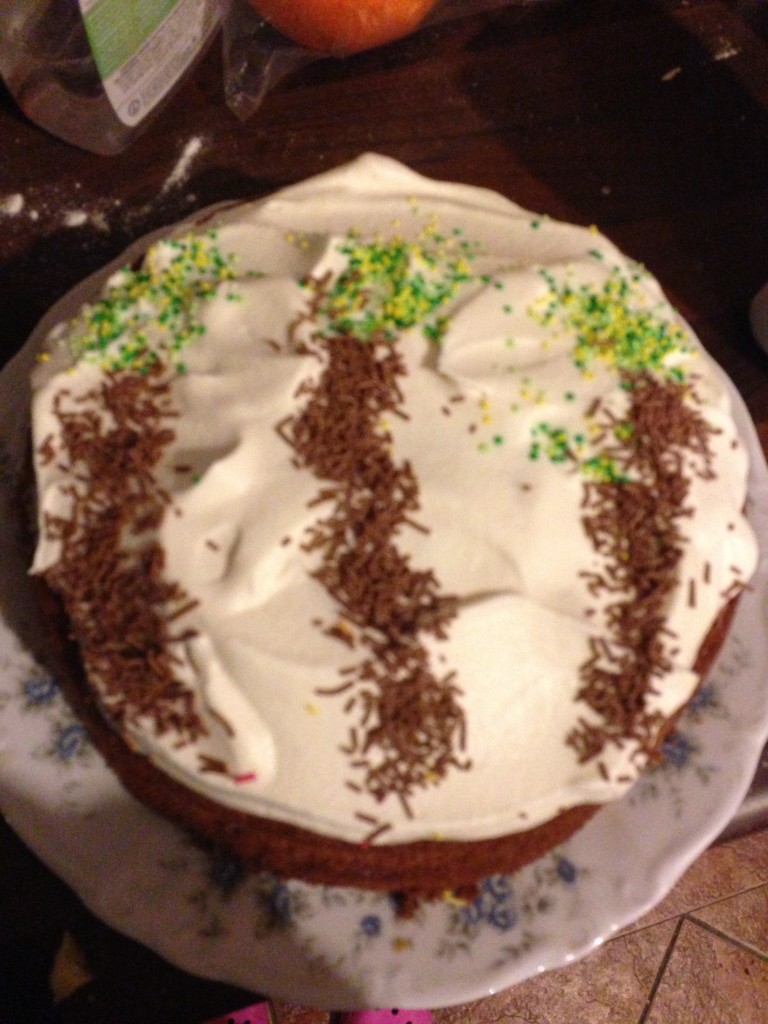 That was my week! What commandment for calf rearing have I missed?

6 thoughts on “My Farming Week: 9 Commandments for Calf Rearing”