The children delighted in trying to trick us with April Fool jokes this morning – the lambs were out, there was a spider in my hair, the bus was coming etc! And of course, we pretended to be taken in each time which increased their enjoyment.

It reminded me of when a grandaunt used to visit from the UK. She used to tell us stories of mischievous tricks my dad got up to when he was young. Every time she visited (about once every two years) we would get her to tell us the same stories again and again. No other aunts were as interesting as they sat and gossiped and put the world to rights. 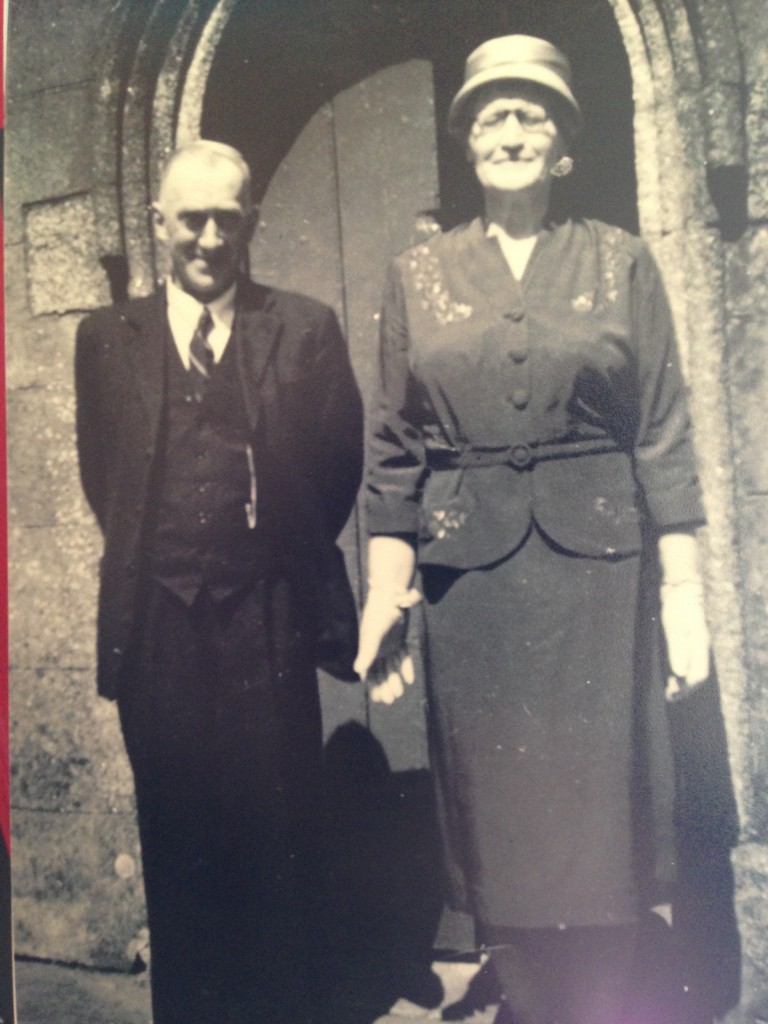 Two of her stories stick in my mind. ?My dad had 8 siblings and with eight of them being born in 11 years, they almost looked like a litter of pups! It was a busy household with lots of visitors as my grandmother was one of eight and her siblings visited regularly. My grandfather had two sisters and one brother. As the brother was single, he came to stay every weekend. ?One was when all the adults (my grandparents and all the siblings and relations who had come back for tea) had returned to the house after a funeral. My father and his older brother were about 8 and 11 at the time apparently and knew that all the ladies would be racing to get to the toilet after the long funeral. They had one toilet in the house located downstairs. ?The boys locked the door from the inside and crawled out the bathroom window.

Finding that the toilet was continually locked, the adults started to wonder if someone had collapsed inside or if something mischievous had happened. They rounded up all the children (about 15 by the time cousins were included) to count them! That’s when the trick was discovered.

My dad had a small motorbike when he was about 17. Many’s the time my mum rode pillion on it to dances around the country. On this occasion though, he was bringing my grand aunt’s daughter for a spin. ?When she got off the motorbike to open the ‘road gate’ which was at the bottom of our steep lane, he sped off and left her to walk back to the house. ?That night she got her revenge by putting nettles and thistles in his bed.

All innocent, mischievous fun and we loved to hear those stories again and again. The photo above is of my grandmother Lily Agar and her husband George Sixsmith outside the door of their home in Garrendenny Castle. ?To the left of the hall inside was a steep staircase in a tower up to the first and second floors. On the first floor was a huge bedroom called the dormitory. It would have originally have been the only room on that floor in the Castle. Above that was two small bedrooms where the boys slept. I think all 6 girls slept in the dormitory. 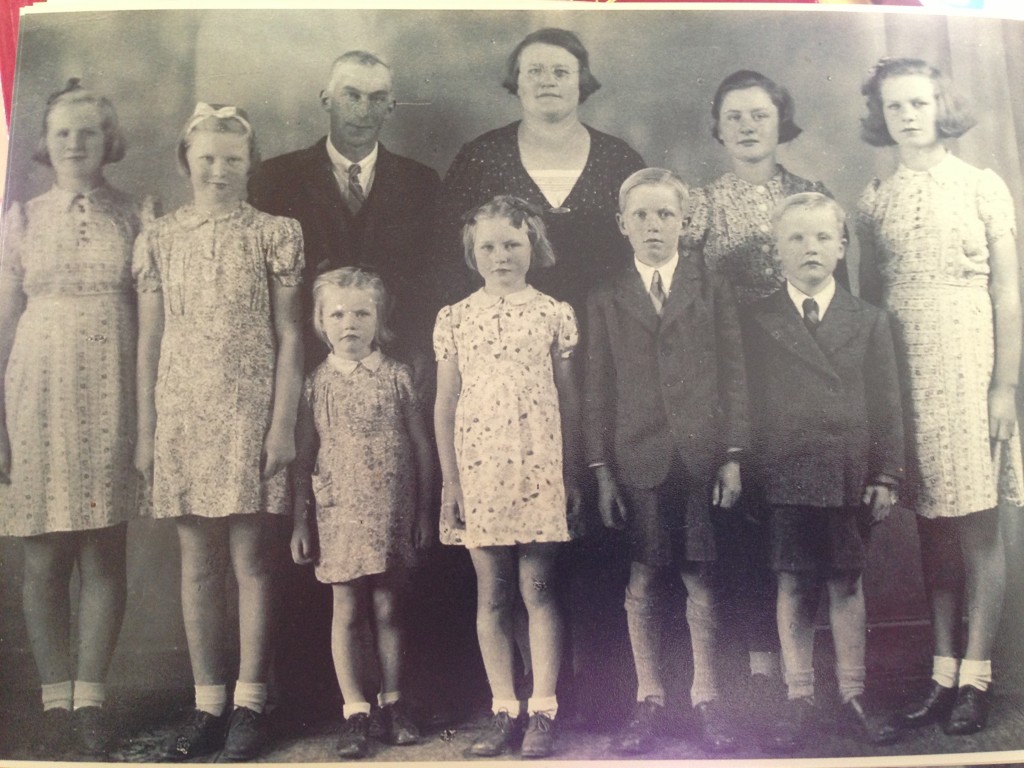 The photo of the family was probably taken around 1945, my dad is the boy on the far right. ?Looks like butter wouldn’t melt!