It’s September and after a very dull and autumnal final few days in August, it’s fabulous to have good weather, even up to 22 degrees Celsius the other day which was baking! It’s our last chance to get those jobs done that we meant to do all summer – these include painting the outside of all the windows (I’ve almost finished all the downstairs ones), power washing the house and painting it too. We are being safety conscious and borrowing a ‘cage’ from a neighbour. The cage will sit in the digger bucket, tied to it, so it means that when Brian or I are lifted up in the bucket to paint windows or the house (we will take turns), there is zero risk of us falling out! I know the sensible option would be to get the painters in but all the money seems to be going to the bank and the tax man with none left for paying for labour. Brian did grumble slightly about the fact that it was going to take him an hour to go and get the cage with the loader but I pointed out that a week or two in hospital would waste more time with hospital visits. It’s strange, I never envisaged death when I was last up in the digger bucket, only breaking a limb if I fell but on hearing that a man died after falling ten feet onto concrete, I’m opting for the safer option this time.

There’s plenty of weeds in the flowerbeds too but in the midst of all the todderly abandon is some nice autumnal colour, particularly with this red hot pokers at one end. 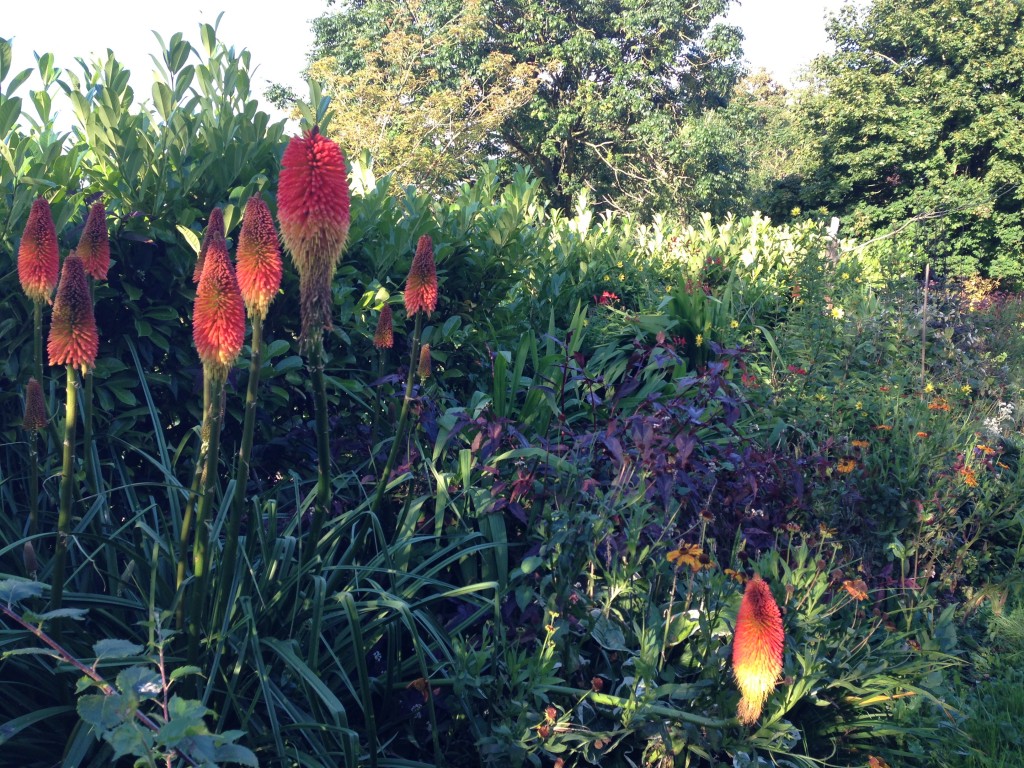 The cows and heifers are going to be scanned shortly to check for empties (ones not pregnant). There have been a couple of heifers showing themselves to be on heat which was disappointing so whether we will put them in calf later in the year with a few to selling them as incalf heifers next summer to farmers that do autumn calving or what, we still have to decide. 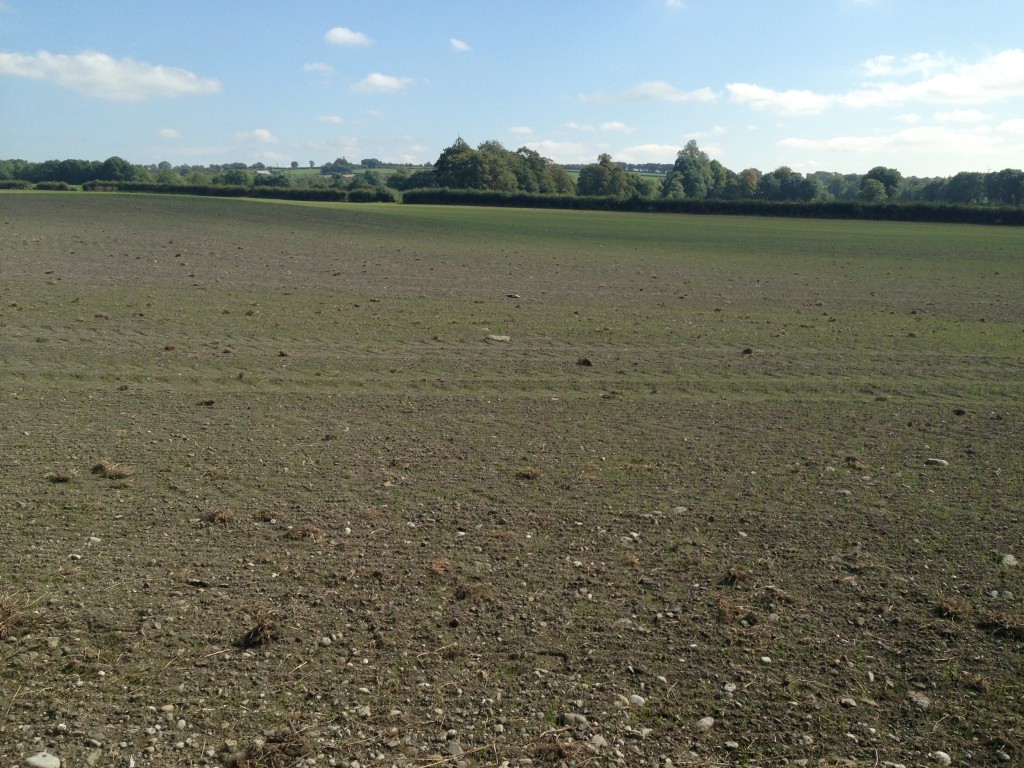 The ‘Chapel Field’ over at the outfarm has been re-seeded and the grass seeds are showing a green haze over the brown earth now. Another field at home was re-seeded yesterday and that’s the lot for this year. As we have heavy land, re-seeding here usually involves drainage work which makes it so much more time consuming and expensive. To just have to plough, till and sow a field seems so easy in comparison. 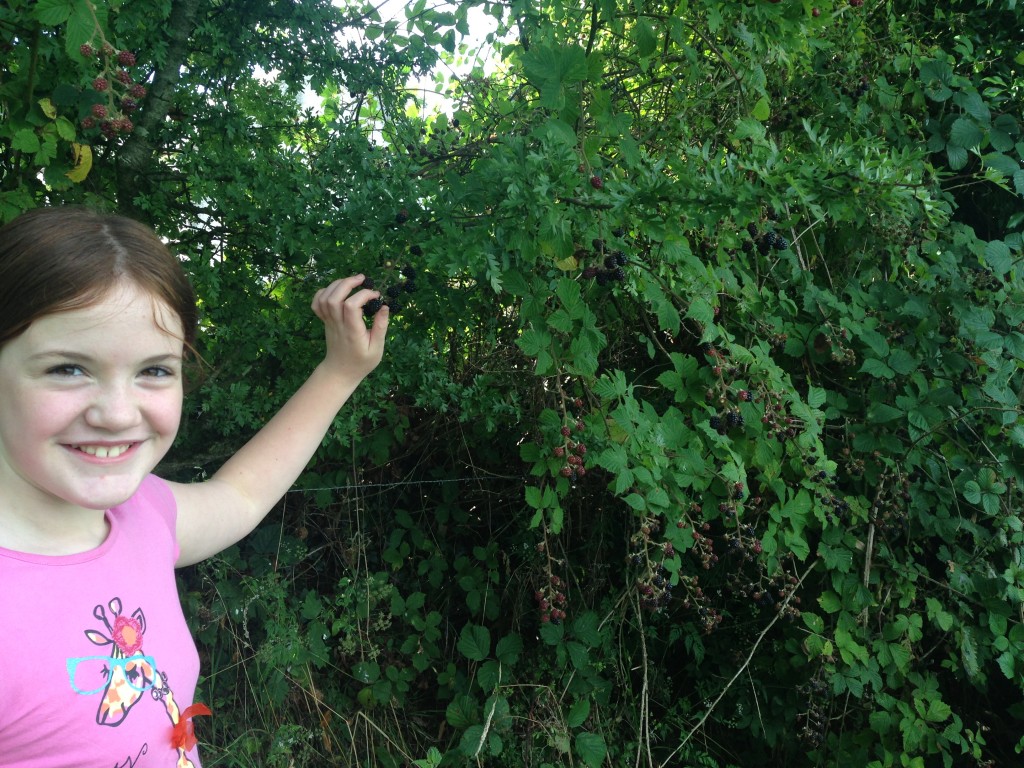 The straw is all home, Brian used two trailers this year and the farmer loaded the empty trailer while Brian was travelling home with the other one which saved him loads of time. One trailer took 40 bales, the other took 28. While he was busy drawing straw home, I did the herding most days, multi-tasking with some exercise, thinking time and some blackberry picking while I was up there counting cattle. 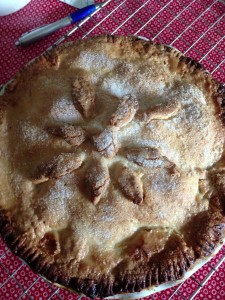 We’ve been enjoying some baking with blackberries and apples too!

It would be great if the weather lasts for another couple of weeks. It’s supposed to be good till Monday anyway so we’ll get the house painted by then all going well! It’s hard to believer there’s only one full week left before I head to Lisdoonvarna and then there’s the Ploughing Championships followed by the Blog Awards the week after! I was hoping to go to the ASA conference this Friday but it’s looking very unlikely that I’ll get there!

One thought on “Autumn at Garrendenny”