It’s been AI season now for about 3 weeks. I should know the exact date we started as it is all written in a little white book but I’m up in Athboy for the Blue Jeans Country Queen festival (which I’m judging, just in case anyone thinks that I somehow bribed my way into the contest!) and this is the first chance I’ve had to blog for a wee while. You’d never think I spend half my day on a laptop either but the blog awards are opening on Sunday too so we’ve been busy with that. If you are reading this from abroad by the way, and if you have an Irish connection, do enter the diaspora category. I’m really chuffed that we have the Irish Dairy Board sponsoring the diaspora category as guess what they are known worldwide for? ?Yes, you are right – it is Kerrygold butter and they do a superb job of marketing it. 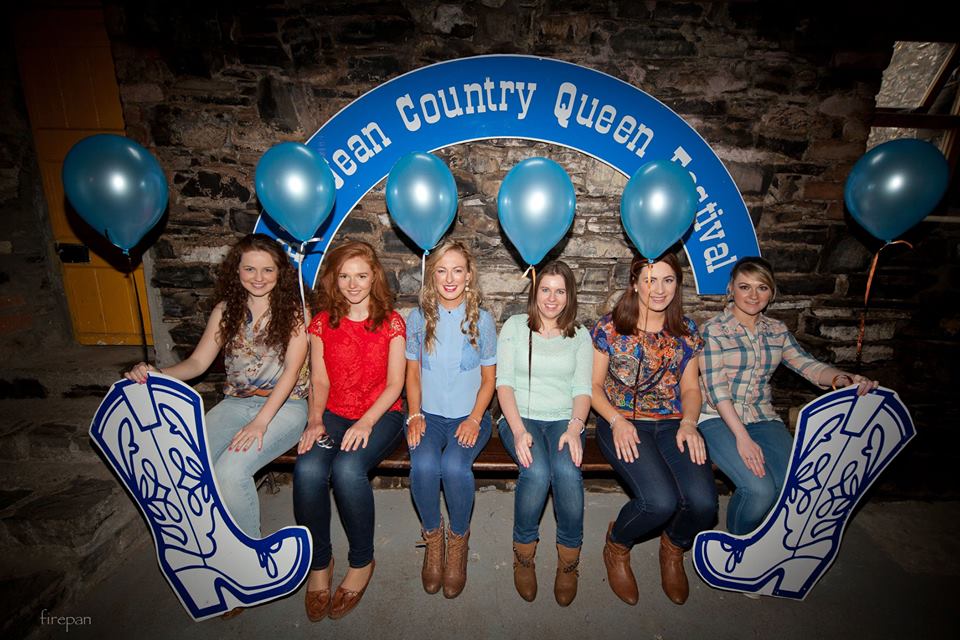 It is going to be a busy weekend of judging – formal judging with interviews and informal judging where we just keep an eye on proceedings. It kicks off tonight at 8pm. I’m signing copies of my books tomorrow at 4pm at the local bookshop – wondering will I sell 2 or 20!

Here’s a picture of all our heifers this year, these are yearlings and they will have their first calves next Feb/March. They were roughly divided in half the week this photo was taken. The land was too wet to put 70 heifers into a field, especially as yearling heifers have a tendency to walk and walk and walk and you would think that they were almost doing it to spite you when it has rained a lot. So they had to be housed for a few days but we let out the ones that had been served each day (inseminated) so in this photo, the inseminated ones are on the left and the ones not showing being in heat yet are on the right. This is the avenue up to the house and farm, it’s about 400 metres from the road and the children get the bus from the road gate each morning. 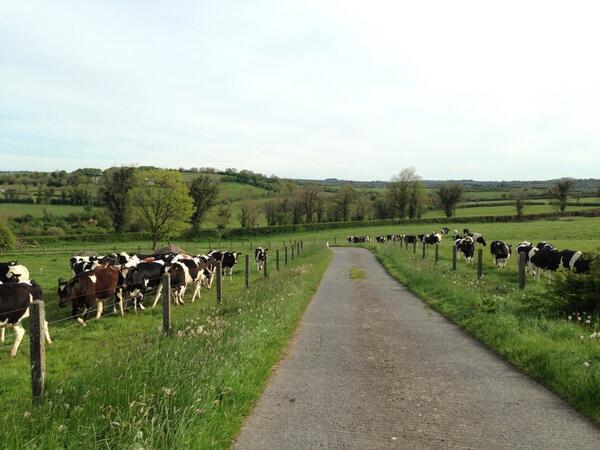 Interestingly, although we call it the road gate (even though it is open and doesn’t have a gate!), it is still known locally as “The Lord’s Gate” after Lord Galmoy who lived in the now-derelict castle and who died in 1860.

The idea is to inseminate most or all of the heifers within the first 3 weeks and then keep an eye on them to see which ones show signs of being in heat and she will either be inseminated again or let into the sweeper bull for a little bit of hanky panky. Or we might let the bull out in the field with them either ‘to sweep up’. If you are wondering how do we know when they are on heat, they may seem extra alert with perked ears and a little skittish. They will be lively ie jump on other heifers or stand when another jumps on them. ?They are then brought in to be sorted from the others and receive a ‘straw’ via artificial insemination. Their natural cycle is 21 days.

Wish me luck for the festival, I’ll let you know how it goes 🙂