It’s been an interesting week in Irish farming. No, it’s not about Brexit or even beef prices but the topic of women in farming is becoming a hot one – at long last!

Women are great multi-taskers but do they have the skills, strength and know-how to calve cows as well as all the other farming tasks? Well, a man calling RTE’s Liveline the other day doesn’t think so. Women can’t be farmers, although it was quite funny when the presenter, Joe Duffy, challenged him and said well, what about the fact that over 50% of vets are now female, can a female vet not calve cows?!

The Farmers Journal have included some of the conversation in this article and if you do want to listen to the whole piece, here’s the link. I went through the pain of listening to some podcasts from the previous week too and they all highlight that this attitude is a common one. Many believe that farming is an unsuitable occupation for women. 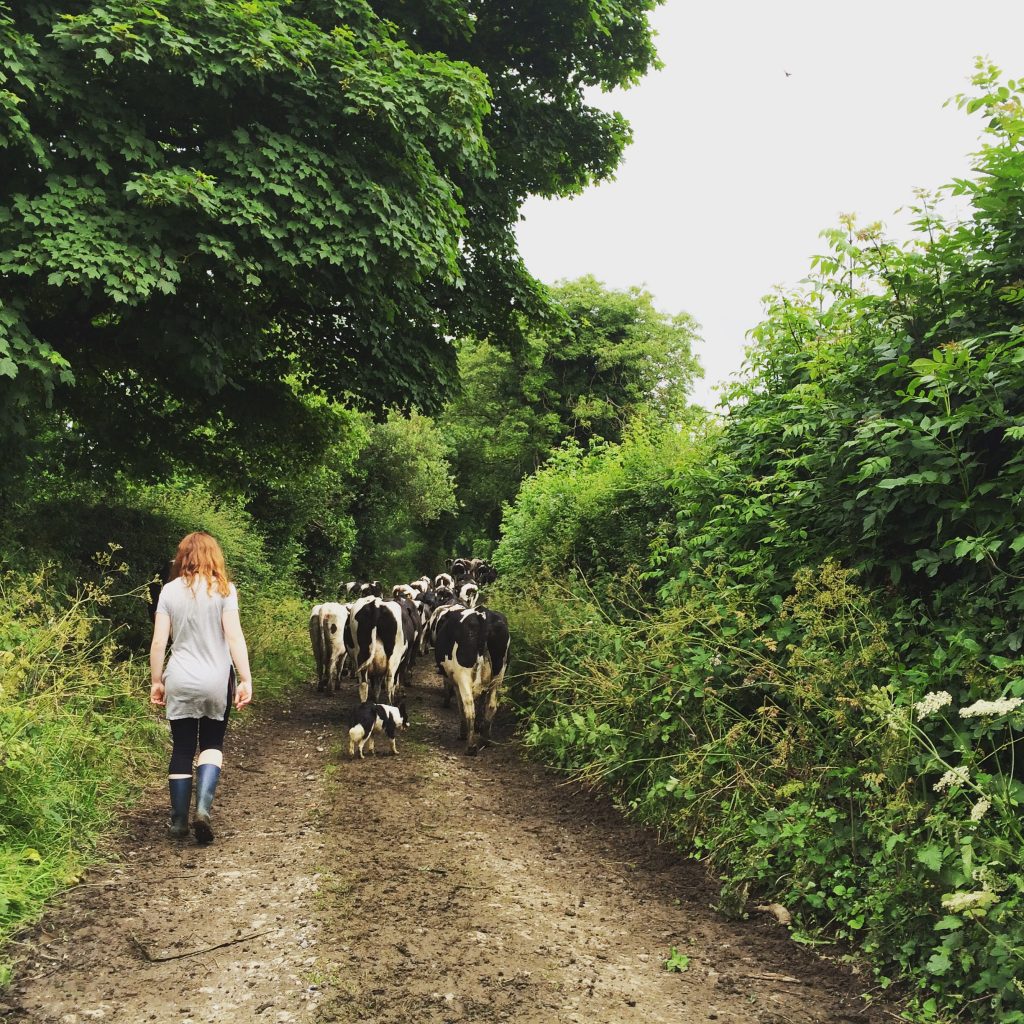 Ireland doesn’t have a great history of being fair to farm women. Coincidentally, there was a discussion on this topic on RTE 1’s Ear to the Ground on Tuesday night and Mairead Lavery, editor of Irish Country Living and I believe she was a chairperson of Limerick IFA in the past, said things have deteriorated so much for women within farming organisations during the last 15 years. As Helen Carroll said, EU funding provided for an equality officer in the IFA (Irish Farmers Association) for 3 years (approx 2000-2003, I’m not sure of exact dates). I’m pretty sure that was Mary Carroll and during her time there, there was funding to produce the book Women Drive Tractors Too which provided insights into the lives of 18 farming women, many of whom were either active within or associated with the IFA in some way (I do have a copy but can’t find it at the moment). Once the funding ended, the equality officer was gone and let’s just say there was plenty of money around to pay bonuses to male staff thereafter.

Women – the backbone to Irish farming

We keep hearing that women are / were the backbone to Irish farming. One caller to Liveline last week summed it up perfectly when he described how the man went to the pub, she was left doing the farming and if she was lucky, she was allowed to keep the “egg money”. Now, she wasn’t spending this on nights out, hairdos and fancy handbags but it was often used to buy groceries from the local shop. I know my maternal grandmother saved some of her egg money to buy shoes and sandals for her eight children every May and September. Yet, if women were running poultry businesses, milking cows, feeding calves, rearing pigs, cooking dinners and more, why weren’t they credited with inheriting a farm. 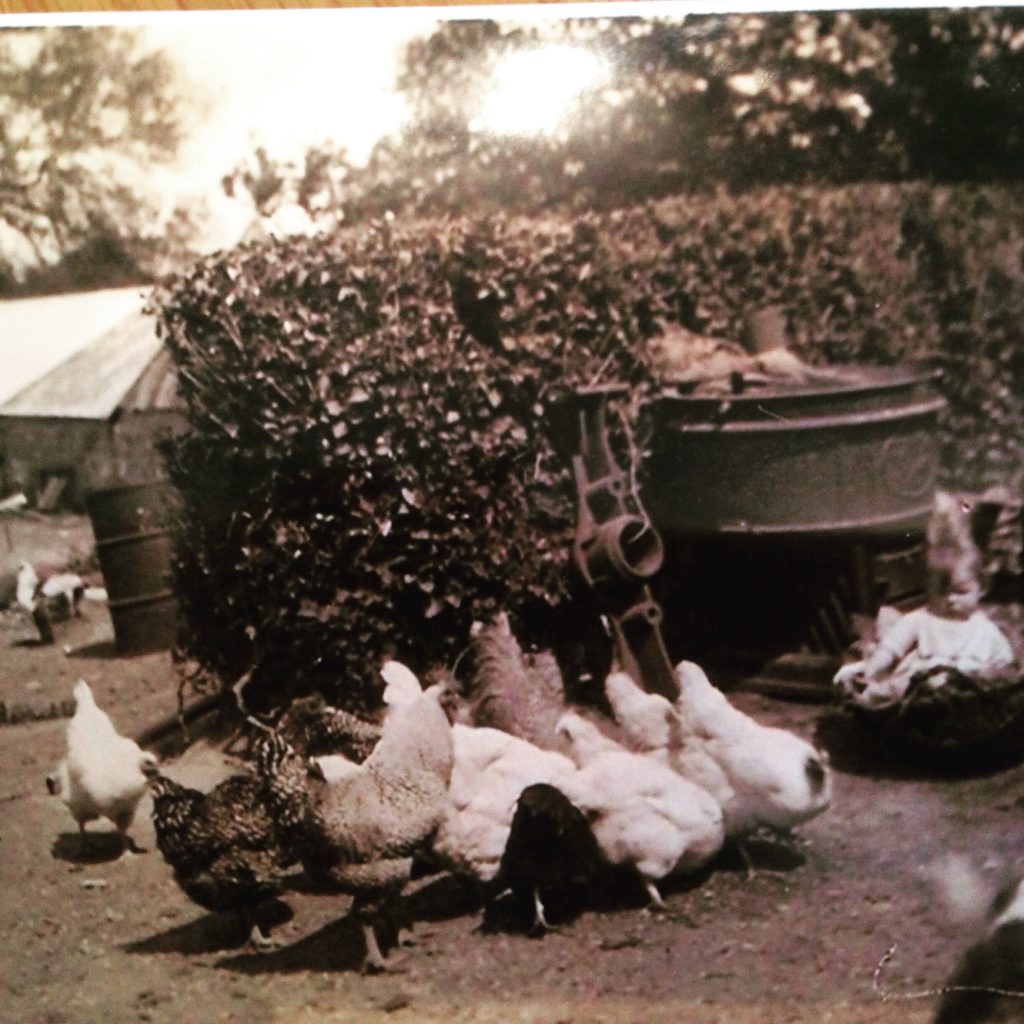 “John” summed up the attitude perfectly. Honestly, listening to it was like being back in the times when a woman’s goods were owned by her father until she got married and then they became her husband’s. In his opinion, a woman shouldn’t inherit a farm because the family name changes so the farm, in effect, goes to the in-laws. No matter that her children will be the grandchildren of the previous owners, no, the change of name means it goes to the inlaws! I’ve mentioned in my books how this attachment to the land, to the family name staying with the land, is often the reason the farm goes to a son, even if the daughter would have made the better farmer. It’s just the way it was, one or more of the sons was expected to farm whereas daughters were expected to marry a farmer or someone with a different profession. Does it have to stay that way though? Let’s hope not.

Where are farm women in agricultural media?

We launched our new group on Tuesday night by having a panel discussion on “Agricultural Media and Farm Women”. One of the topics discussed was the dearth of women in the farming media. As John Masterson of KCLR96FM commented when interviewing me, it can vary, there have been many women included in the Ear to the Ground programme in the last year but that flicking through the Farmers Journal, women are probably outnumbered by at least 10-1. So why is this? Various conclusions were drawn the other night:

I have found myself being underconfident at times – and I’d consider myself to be fairly confident. It reminded me of introducing myself to a male farmer at a historical agricultural farming. When asked what I did, I said I was a farmer and I did a bit of writing. A bit of writing! Now why didn’t I say I was a farmer and a writer? It taught me a lesson as when he asked what I wrote, not only had he read my first two books but he could quotes lines from them back at me!

One person asked the question that were we polarising men and women – seeing that the main farming organisations are male-dominated and ours will be female-dominated. A good question which got plenty of debate going. I think the answer is best summed up in Helen Carroll’s reply that we don’t have any choice but to form this group. 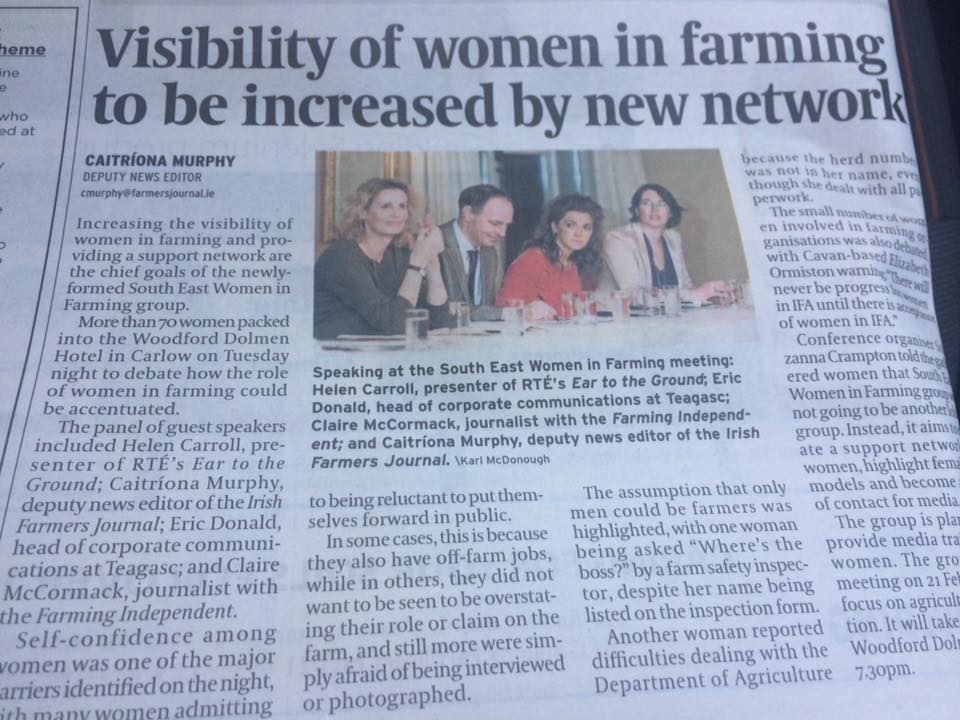 So what will the South East Women in Farming group do? It aims to raise awareness of women’s contribution to agriculture; to empower, educate and inform women; to provide training; to encourage sharing of knowledge; to facilitate networking; to provide female role models; to celebrate successes, and it is hoped that firm friendships are formed. Future meetings will provide speakers on topics such as health and safety, how to act if a first responder to an accident, media training, public speaking, practical farming skills, social media training, diversification ideas and support, and our next meeting on 21st February focuses on agricultural education.

The good news is that when I voted in the Farmers Journal poll today on whether I would leave the farm to a son rather than a daughter or if I’d give it to whoever was most interested in farming, 73% of 988 voters agreed with me on ticking the latter. We’re overdue change and it is going to happen.  There were also lots of really interesting “female farmer” stories coming from the audience the other evening. Let’s just say the journalists were queuing up to get their details so we can expect some good “women in farming” profiles in Ireland’s agricultural media in the next few weeks. 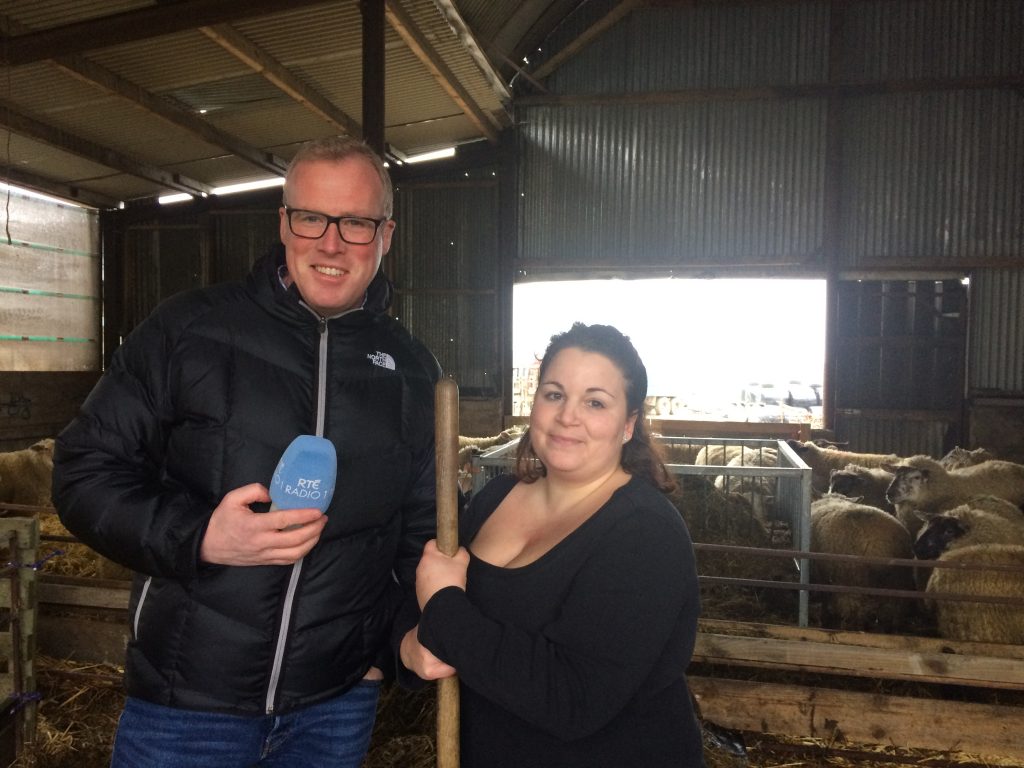 Listen to RTE Countrywide tomorrow morning to hear myself and Leonie being interviewed – Leonie is a “city girl now full-time sheep farmer” and I was asked about the new South East Women in Farming group.

If you’d like to listen to the radio programme, here’s the podcast. It’s right at the start of the programme.

There’s been a huge response to the “John” conversation on social media. Men and women seeing it as ridiculous as there are so millions of examples of women farming, and farming well. Irish people ashamed that such an attitude has been highlighted as coming from Ireland. But let’s not fool ourselves that “John’s” attitude is in single figures. If it was, when why are there young women acknowledging that they know they won’t inherit the farm, that even though they are out farming, they won’t be considered. These young women probably have parents that aren’t much older than me so the attitude isn’t confined to people in their 80s either. It’s not just down to a disbelief in women’s ability either, it’s about wanting the farm to stay in the family name.

Hopefully (and I believe it will) this week has marked a change in Irish farming. Agricultural media and publications will be making a deliberate effort to feature women. Women will realise the importance of putting themselves forward – be it being in photographs, being included in an agricultural story and ensuring they get credit for their work on the farm.

There’s one thing has to be sorted in the Dept of Agriculture though. Yes, a couple can put both names on the herd number. But one person is nominated as herd keeper so is contacted with queries etc.

The top 200 EBI herds have just been announced. I’ve always felt it was a bit unfair that it was just my name on it as Brian was putting in so much work into improving the herd. When we transferred to a company last year, we had to nominate a herd keeper. As we share the paperwork, and as I’m also writing and doing some teaching (hence, my brain is often tied up with things other than farming) we decided to put Brian’s name down as the keeper, the person of contact. When I looked at the top EBI herds, I wasn’t sure if we’d be there at all to be honest, as there’s been so many changes with that system lately, but we were, at number 37. However, we weren’t named as Garrendenny Farm. It’s in Brian’s name. Now, I don’t mind that it’s his name as it was my name for so long but it does rankle that it can’t be both our names. It’s ridiculous – all it needs is a little bit of extra space (or maybe a lot as I’ve a different surname!).

Changing the system would be one way of increasing the visibility of women in farming as well as cutting down on our swearing at the inequity of it.

I’d love to hear what you think – all a fuss over nothing, are we taking the right steps, or what more could we do?