Following on from my Valentine’s post the other day, I’ve noticed that RTE Countrywide are holding a competition for the least romantic farmer in Ireland – ie if you submit a story about your farmer regarding his unromantic nature, you might win a two-night hotel stay in a Dublin hotel. The full T&Cs are here and get your stories in by ?Friday at noon. I’ve been asked to be one of the judges so it will [...]

I wish I had photographs of us as kids working and playing amongst the straw and hay bales in the fields as they were put one at a time onto the trailers to be brought back to the farmyard. Many of my childhood memories revolve around the straw and hay – between bringing picnics to the field, stopping for icecreams on the way home if it was a long draw, the blisters on the hands, the sense of a long [...] 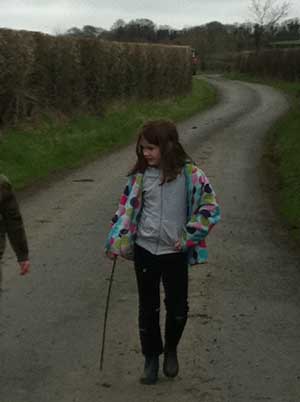 Dee’s post about journeys on her new blog got me thinking this morning. We don’t often get to take long journeys now and I was remembering how I hated heading home with the car and that dreaded boat journey as I tend to get terribly seasick. I don’t mind flying but don’t enjoy long flights and all the hanging around airports (mind you, very few people probably do!).