Ireland has seen 25 farm deaths this year, the most recent being a farmer smothered by barley and a lady killed by spooked cattle. These include at least three children. One child was on the tractor with his father and got down to play, his father didn’t see him in the grass and mowed him down with the mower. Another child died when a parent didn’t see him and the tyre of the vehicle pinned him against the wall. A girl died when the bucket of a digger fell on her. All tragic and my heart goes out to them. A parent’s worst nightmare, not only are they tragedies but the guilt that must ensue – I can’t even comprehend how a parent can get over it.

As parents and living on a farm, it’s our responsibility to make sure our children are safe, as safe as the possibly can be. The kids are always strapped in in the car and the tractor isn’t any different. When we got a new tractor in 2005, part of the reason was because we wanted one with a decent passenger seat and a safety belt. When the contractors are here cutting silage, our son loves to go out on the tractor with them. I’m sure all the contractors think I’m the fussiest mother out as I always insist he goes on a tractor that has a seat and a safety belt and with a driver of some maturity too. 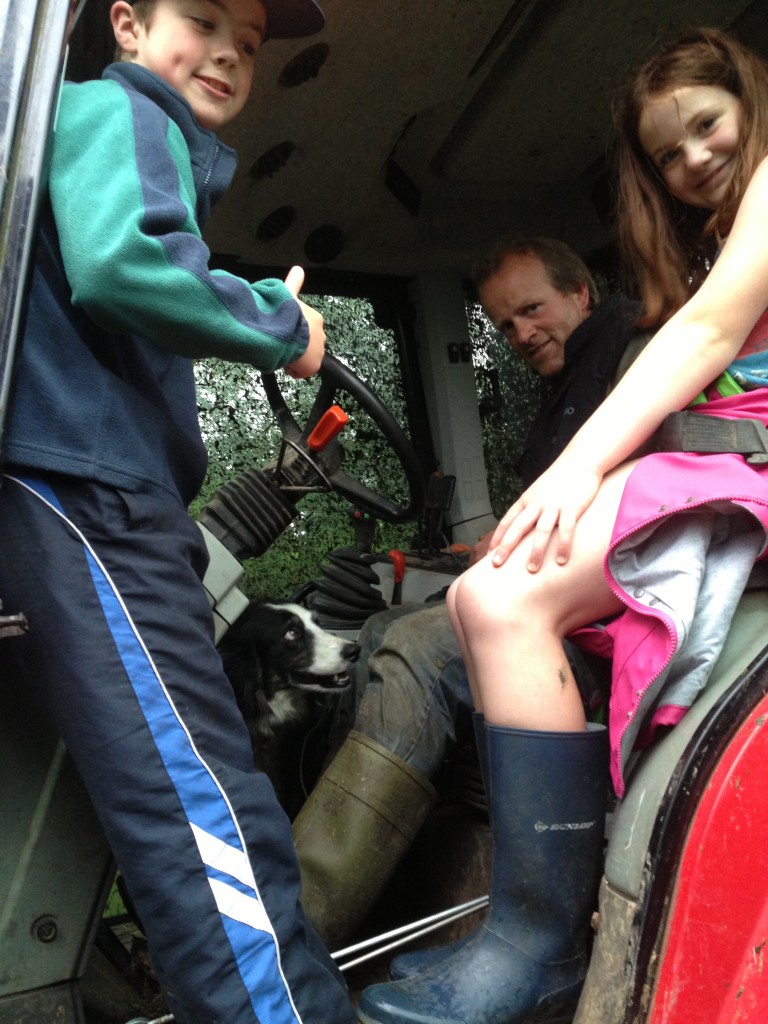 However, the HSE has brought out three new rules for farm safety and if a farmer is discovered to have broken this rules, they will be fined. The first two are sensible – if a PTO shaft is unguarded, that’s too dangerous and is an offence. Unguarded PTO shafts can kill or remove limbs in seconds and they do tend to be overlooked as in ‘I’ll get that repaired someday’ so I think that one is long overdue. Another is agitation or slurry points left unguarded – another sensible and obvious precaution.

The third one states that children under the age of 7 must not be on tractors, even if they are on a seat with a safety belt. Now, I can understand that the intention is that children, from day one, are not encouraged to go out on tractors and then maybe they won’t want to. But what if they want to be out with their parent, if parent and child want to spend time together, if child escapes from house and heads up the yard and parent is driving and doesn’t seem them. Our kids are fairly cautious and sensible but you just never know when they are young, what notion they might take. I know of parents having to lock children in to prevent them going outside and then the child climbs out of a window! I’m of the opinion that having a child on the tractor is one of the safest places for them. Kids move fast. That 3 year old that was pinned by the wall probably knew that standing out in the middle of the yard was unsafe so stood by the wall so he wouldn’t be hit by the tractor. Unfortunately, the tractor driver didn’t seem him. If they are on the tractor, you know where they are. They are stationary and strapped in.

When I was a child, we loved going out on the tractor. If Mum announced she was going to town (which we hated) we would all shout ‘Dad, what are you and Tommy doing, are you on the tractor?’ knowing that if they were tractor driving, we could go with them. The Ferguson didn’t have a passenger seat but the Zetor was like a multi-person vehicle. My brother, being the youngest, sat on the passenger seat, my sister sat on the wide mudguard behind and I, was the eldest, sat on the mudguard by the open door (ie the door was taken off for air-conditioning purposes, plus having to open and shut a door was considered too time consuming I think). ?There were times when I stood in the open door of the Ferguson or on the drawbar at the back with a roller behind me. Madness – yes! ?There are times when I see tractors on the road with 2 or 3 kids on them with their dad and yes, I agree that using a tractor as a multi-purpose vehicle is not ideal. If there was a crash, could they be killed? I don’t like seeing kids sitting up in the back window, the window open and using the ledge as a seat – to be honest, it puts the heart crosswise in me. But strapped into a seat – how is that less safe than being strapped into a car? 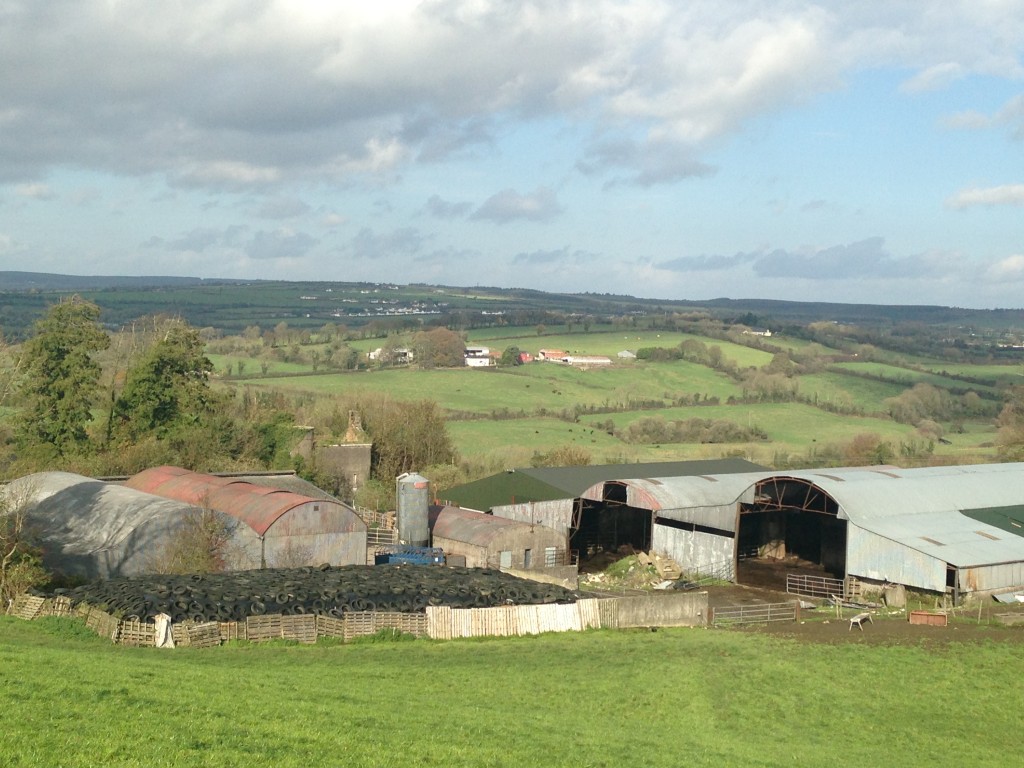 Of all the tragic farm accidents that happened, none have involved children being in the cab of a tractor, to the best of my knowledge. If I thought that this measure would save a life, if I thought that lives were genuinely at risk, I’d be behind it and I’m sure other farmers would agree. ?Much better if the HSE were to insist on seats having a safety belt and limit the number of children on the cab to one – I can understand that. There are times when both kids and the dog are on the tractor with Brian, the photo above is after we had been separating bulls on our adjoining farm, the distance was short, the speed was slow (it has to be or they’d have been bumped into oblivion on the bumpy lane). ?However, I fear the HSE are throwing the baby out with the bathwater.

Realistically speaking, farmers take their children out on the tractor with them as a part of childminding. However, it’s also a lovely way for them to spend time together. When our son was younger, he insisted on going for every single load of straw with Brian. Fabulous memories for both of them. If we’d thought it wasn’t safe, it wouldn’t have happened.

What do you think? Is it going too far or does it sound appropriate that children under 7 are not allowed in a tractor cab?

4 thoughts on “Children In Tractor Cabs – Should It Be Allowed?”