I would be the last person in the world to enter a cooking or baking contest, yet I am capable of cooking good wholesome food on a daily basis and I have to admit that when I read the following yesterday in the Sunday Times, I was ever so slightly amazed. 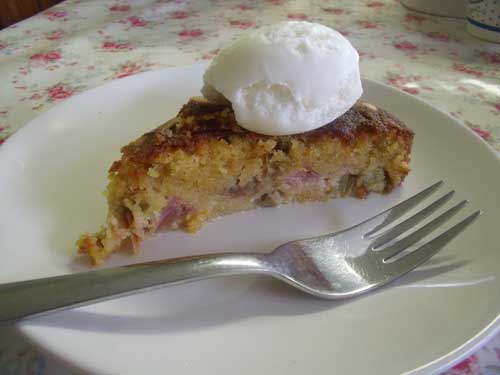 The article was about families facing big squeezes financially – in terms of increases in the cost of ESB, health insurance and VAT etc and how people can save money on groceries as the supermarkets are discounting aggressively to get more customers (affecting the primary producer of course but that wasn’t mentioned!) but it was the feature on a mum’s cooking that surprised me:

“I cook from raw ingredients at least four times a week because it is cheaper and healthier than buying convenience foods‘. ?Errr, but what else would you cook from? – cooked foods!! Of course the ingredients are raw. What do you want – a medal! ?Apparently for this unique piece of advice and her four-times-a-week cooking, Breslin is an expert and shares her advice for low-cost healthy eating on Siansplan.

And if you can’t manage to create a shopping list from the ingredients in a recipe from the internet or in a cookbook – you can always pay ?4.99 a month for Siansplan to generate a list of ingredients from selected menus. ?Don’t they teach home economics in school anymore? ?Are mums/dads that inept? It’s not rocket science or am I being a bit hard?

Am I missing something? As someone who hated home economics and my decision to return to farming and become a farmer’s wife was somewhat dampened by the prospect of having to cook every day (when we lived in the UK, Brian did most of the cooking), I don’t find it particularly difficult to produce a home cooked meal once a day. ‘Convenience’ food in our house is limited to once every 2 or 3 weeks and will either be ?frozen pizzas as a Friday night treat or something like fish and chips for dinner. ?Breslin recommends cooking at home five times a week with the other two days being flexible – perhaps eating out or having a takeaway! She shops once or twice a week and save about ?50 by doing so. She neglects to say what she spends per week on food but as she hasn’t said she halves her grocery bill, it really sounds like it is closer to ?200 than ?100 a week which is what some familes try to manage on.

Aren’t we in a recession? Yes I know that takeaway food businesses are supposed to do well in a recession but surely cutting back so that you can afford the essentials means eating out once a month rather than every week – be it a takeaway or a meal out. What is so difficult about throwing some pasta in a saucepan and cooking up some veg to go with it? Putting a casserole together? ?I really feel some people don’t know what poverty is. ?Poverty is when you are homeless, when your kids had to walk to school, when you can’t pay the mortgage, when you had to drown piglets because you couldn’t sell them at the mart and you couldn’t afford to feed them. Poverty is not ‘being flexible and eating out once or twice a week’.

I was also amused to see a recipe for quiche in last week’s Farmers Journal, it included bought shortcrust pastry. Now, I’d probably buy puff pastry if a recipe needed it but my 7 year old can make shortcrust pastry!

Must go now and check on that raw meat I put in the oven and put on some raw potatoes to cook not to mention those raw parsnips I have from the garden and the raw carrots from the supermarket! Judging by Breslin’s standards – I am either due a medal or I am indeed living in poverty. Sorry but I really feel like saying ‘get a grip woman’. Am I being unreasonable? Missing something?

25 thoughts on “Cooking from Raw Ingredients – is it newsworthy?”