Well, we did it – thank you. ?A huge community got behind me and helped to make my crowdfunding project a success. It was about 11:30pm last night and the pledges were coming in steadily, it was moving from 6% to 5% and down to 2% and then there was ?82 left, about 1.35%. So many people were tweeting me and messaging me and it seemed like there were so many of us refreshing the page on ?Fundit. 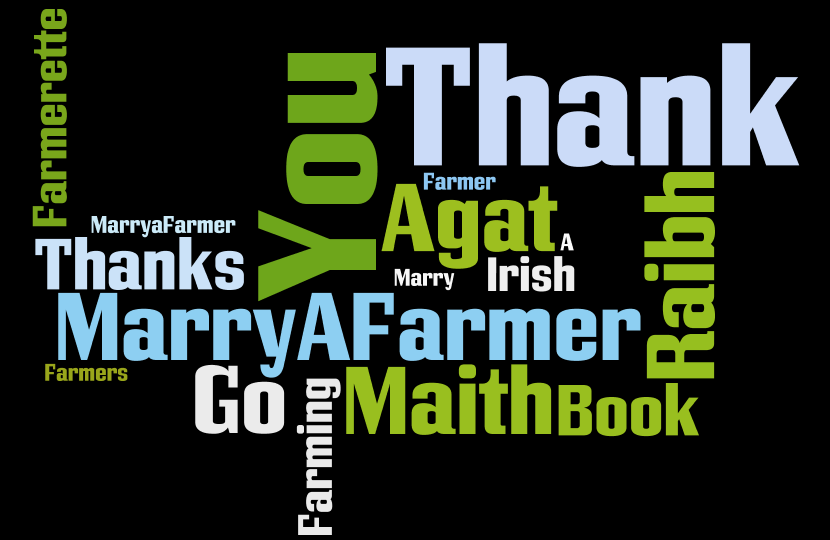 Then I refreshed again and had to blink as the purple line had moved all the way across, no longer was there a scrap of white at the end of it, that ‘whiteness’ that was haunting me a few days ago. ?For a second I was puzzled as the number of funders hadn’t changed, it was still at 185 and then it dawned on me that somebody must have upped their pledge (I don’t know who it is and they haven’t said it to me yet but I’ll find out in a week or so – I’m looking forward to seeing who the anonymous pledgers are too). ?As I went to twitter and facebook to announce it, Amanda got there before me and had tagged me in a post. 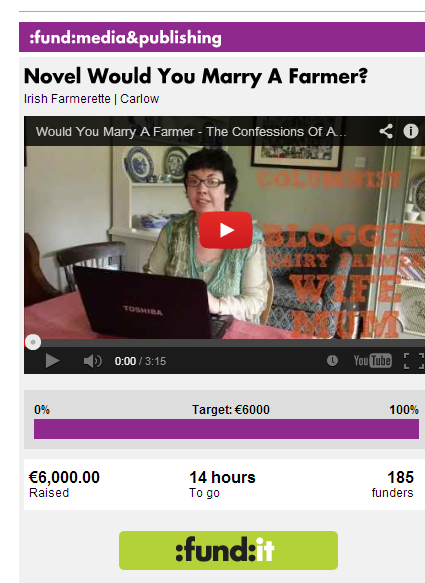 What started as an idea when I attended the ACT Ireland Wales conference in June had now become a reality.

The 35 days was such a rollercoaster, the lull as it approached the end was terrifying. ?I so wished I had gone for ?4,000 instead of ?6,000 yet I knew that if I got a surge, I could do it. After all, most of the people interacting and pledging were Irish and we’re a great nation for putting things on the long finger. So many people were sharing on facebook and twitter, telling their friends it would be a great read, I just gritted my teeth and kept tweeting, conscious I might be a complete pain in the ass but it was only for another couple of days.

I knew social media was the only way to do it. The PR had been great but crowdfunding is such a new ?and strange concept to so many here in Ireland that it just didn’t result in pledges. A farmerette friend emailed me to tell me her neighbours had been talking about the book having seen it in the Indo and planned to buy it for Christmas but the pledging beforehand was alien to them. ?Speaking to a neighbour here yesterday, it was clear my neighbours here didn’t grasp it either and to be honest, I wasn’t expecting them to. Social media was the answer and it worked.

Part of the success too was my community ?- from co-running the KLCK bloggers network and the blog awards, so many people were appreciative of the work I’d put into both, that they pledged and spread the word and that made a huge difference too.

The last two days has been incredible. What made the difference in terms of getting the last ?2,000 in was that some businesses pledged for the ?100+ rewards which included the sidebar advertisement on the new website as an extra. The number of pledgers for books increased too but in terms of getting towards the goal, it was the business investment that made the difference.

There’s two hours to go as I’m typing this and I am so relieved. A few pledges are still coming in and even though I don’t ‘need’ them now in terms of securing the funds, my heart still gives a little jump with each pledger.

I’m going to write a post over at Write on Track later about what worked and what didn’t. ?An amazing experience and thank you for being a part of it.

Here’s to ‘Would You Marry A Farmer?’ and you’re all invited to the book launch 🙂

15 thoughts on “Crowdfunding Success for Marry A Farmer”