My childhood memories of my maternal grandmother are of going to collect eggs with her in a huge henhouse where eggs were piled in tall and wide egg laying boxes along one wall, she would fill a huge green bucket with them and we would give each egg a quick wash or wipe before putting them in trays. She ran a flourishing egg business with what seemed like hundreds of hens and chickens. The hens roamed in the field and in the winter, she would make them a hot mash to warm their cockles 🙂

A few years ago, we bought 18 hens from a man who was giving up the commerical egg business. At ?2 each, they certainly were great value for money – we had eggs coming out of our ears for weeks and weeks. Some of them lived for at least another two years although we lost two to the fox. The children were about 3 and 5 when we got them and they used to love rounding them up to put them to bed on summer evenings. We got some chickens for meat a few years ago too. ?Since then though, the shed I used to have for the hens has been used for calves during our compact calving season so I never got around to buying more.

I got four back in January as I needed a ‘cute’ factor for the Sunday World feature and once the hens arrived in the yard – Brian had to help me make a house so now the 4 hens are now living happily in what was the compressor house for the old milking parlour. 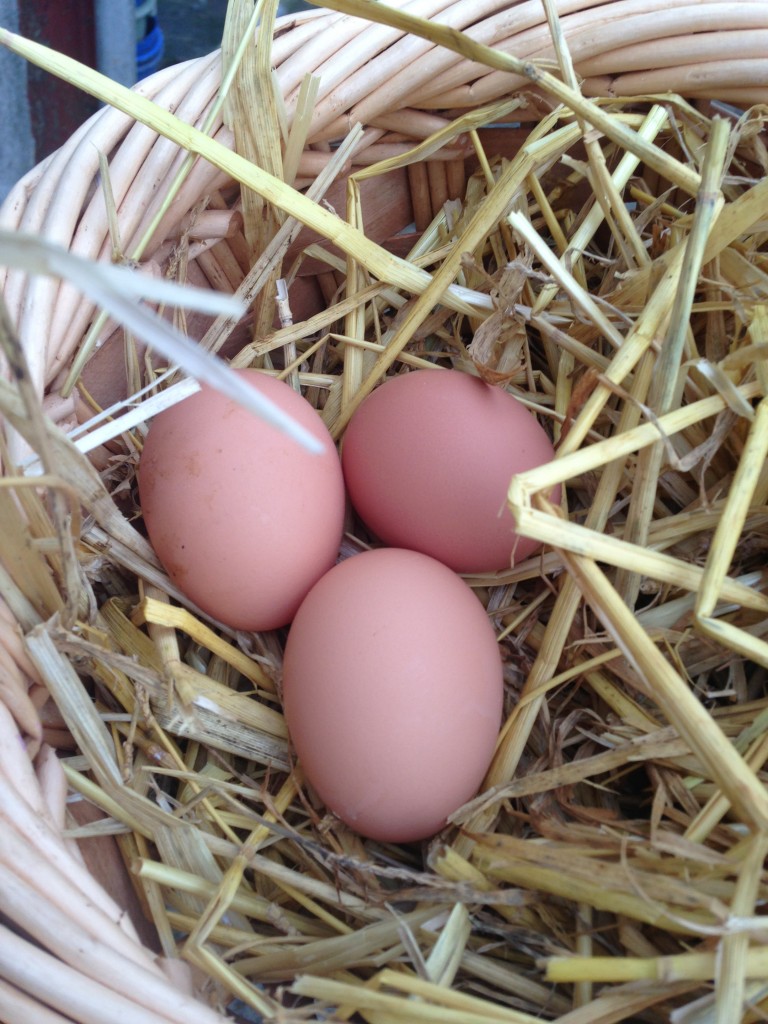 We are getting 3 or 4 eggs most days. I had presumed they were all laying in the mornings and I was collecting them at around 10 am once I’d finished feeding the calves. However, one day I collected them at 8:30 as I was heading off and was surprised to see four eggs there. Another day I collected them at 3pm and there was 6!! ?6 eggs from 4 hens – something was strange. It turns out that they are laying throughout the morning, probably all laying by 2pm as far as I can make out. ?I’m letting them out to roam around in the late afternoon and then they go to bed by dusk and I just shut them in when I’m finishing off the evening jobs. They love to get out, one is particularly adventurous and it is nearly impossible to keep her in when I am feeding them in the morning. I’m often having to pick her up and deposit her back in. 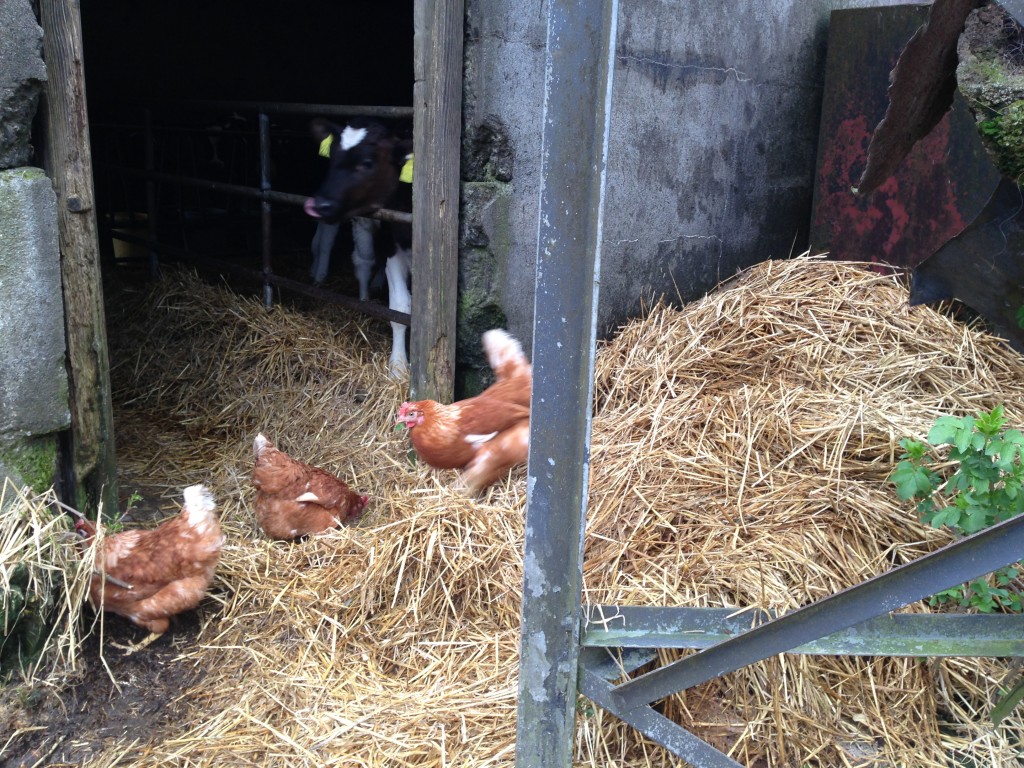 It has happened twice that I’ve found broken eggshell for one egg in the laying box – probably being there since the previous day meant it was tempting! ?I bought Fiona Dillon’s book ‘Food from an Irish Garden’ before Xmas so decided to peruse it to see if it would tell me how to deal with it. Brian’s suggestion was to burn her beak!! The book has excellent preparation tips as well as symptoms for all the types of mite that hens can get – I was surprised to read this as we’ve never experienced this the few times we’ve kept them but I guess we have just been lucky or else never noticed! However, it didn’t tell me what to do if a hen eats her eggs but luckily Fiona is on twitter so I am able to ask her there. Apparently the old wives tricks such as filling an eggshell with spices or curry don’t work (so I guess the burning of the beak is out too!). Fiona suggested isolating the offending hen (I’m not sure which one it is though), making sure they have enough calcium and tricking her by putting a golf ball in the nest. Thinking about it, they might have been low on grit when it happened so that might be the reason. I’m collecting the eggs twice a day to reduce their temptation to do it too.

Kate loves eggs and on seeing there was one huge egg yesterday (I winced for the poor hen when I saw it), she was frying eggs for tea yesterday evening and was very excited when the huge egg had two yokes! As far as I know, it happens more with older hens so I wonder will this pullet be a frequent duo yoke layer!

And a bit of a change from feeding calves in the evenings – tomorrow evening I will be talking about crowdfunding and selfpublishing at the English Literary Society in UCD. Well, they say a change is as good as a rest 🙂

And if you’d like to find out how to add a banner image to your blog posts like the one below – check out Spiderworking’s tutorial post.