I have always enjoyed reading farm and rural memoirs. My copies of James Herriot’s books are dog-eared and have been reread many times since I was a teenager. The success of recently published farm memoirs proved that the rural memoir is as popular as ever, perhaps even enjoying a renaissance as various sectors of society (indeed, 47% of people in Britain) show an interest in leaving their city lives and dream of living on a smallholding or perhaps just want to find out more about how their food is produced. As urban society has become further removed from farming, there’s also an intrigue in finding out how the other half live – just what is farming life like. 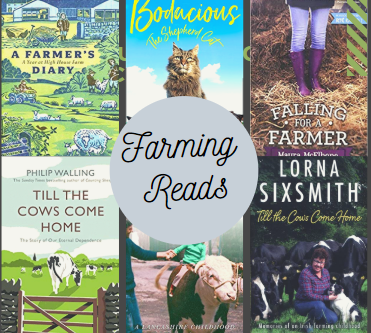 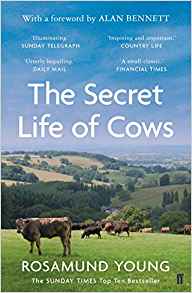 was republished towards the end of 2017, telling the tale of suckler farmers and their many beef cattle in this memoir of the farm. It was originally published in 2003 I believe, and there was a bidding war for the republication, Faber and Faber won. I can definitely see its attraction for non farmers, for the sectors who dream of having a farm or smallholding. It shares how cows have family and friendship groups, how mothers and daughters or sisters retain a close relationship through their lives in the herd, or how sometimes two unrelated bovines are close. All farmers will witness this in their herds. Indeed, farmers will be familiar with much of what is revealed in the book.

I don’t think farmers will enjoy this book as much as non farmers though. Some of the ‘conversations’ seem somewhat exaggerated for a start. I’ve no doubt our cows do communicate and of course, we can read their body language and expressions but Young reveals lengthy and complicated conversations which I found somewhat far fetched.

This following extract is after a cow named Fat Hat II has calved in one of the fields and the newborn calf is frail having fallen down a steep slope after being born:

“It took us three days to persuade Fat Hat II to go off and graze, having told her she had to eat in order to go on producing milk for her calf(why didn’t they just bring her some silage or hay?) … We knew Black Hat needed to be with her mother to learn to graze” (but calves do this instinctively). There are lots of other examples where it just all seemed a bit far fetched or Young was describing something as extraordinary that I would view as quite normal such as when trying to persuade a suckler cow with lots of milk to feed an orphan as well as her own.

What is good is that Young shows how farmers respect their animals, how we prioritise their care, how we ensure they have a good life before they are eventually slaughtered for meat – although interestingly Young doesn’t really mention that these beloved cattle are slaughtered and sold as prime beef. What I didn’t like about the book was parts of the new introduction where Young slates other types of farming and seems to tar all dairy farmers with the same brush, even claiming that ‘lameness affects a large proportion of dairy cows’ due to the way they are farmed. Every farmer will view their own type of farming as the best. I admit that I would never keep cows indoors all year round but I don’t consider farmers who do so to be cruel. I know that their cows are content, well fed with plenty of space and comfortable beds. Our cows graze outdoors from March – November approximately partly because that’s the type of farming we enjoy. I love seeing the cows grazing, I adore bringing them in to be milked, and we know they enjoy getting outside. Yes, there can be instances of neglect or cruelty on farms but thankfully they are seldom. The annual TB test, the annual herd certificate (that all milk producers have to send to their processor), the Bord Bia audit, the cross compliance checks – these all ensure that farms are visited regularly and that standards are checked.

To conclude, I can see how The Secret Life of Cows will be enjoyed by nonfarmers looking for an insight into farming life and the lives of livestock but I think farmers will find parts of it irritating. 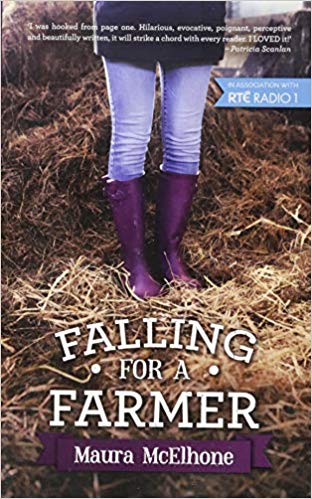 Falling for a Farmer

I first met Maura McElhone on Twitter, if I remember correctly. She had started blogging and was writing an occasional column for Irish Country Living. We met for the first time in the autumn of 2017 when both of us were in talks with different publishers for our memoirs. Falling for a Farmer

, at first glance at the cover, may look like a romantic novel, and indeed it does have romance at its heart as Maura tells the tale of how she fell in love with a farmer and learned about the farming world.

There’s great humour in her experiences such as wearing white jeans and then discovering that she has to jump onto a mucky quad to go and check on a heifer. Jack wasn’t a full-time farmer when Maura met him but left his city job six months later and Maura does explore what this means to their relationship including the fact that he won’t have a regular monthly salary.  She explores the ups and downs of farming life as well as the positives and negatives of dating a farmer. This memoir is the perfect read for ‘townies’ dating farmers and wondering what farming life will be like. It’s also a good read for farming families as we are so familiar with our lives it’s often difficult to recognise that others have such little knowledge of farming life and lingo. 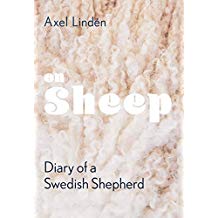 On Sheep: Diary of a Swedish Shepherd

I first spotted On Sheep: Diary of a Swedish Shepherd

in a bookshop but didn’t buy it. I decided to check it out on  Amazon later and was really surprised to see it only had two very low review ratings which intrigued me. The following week, I bought it.

It’s a really charming exploration of sheep farming written in a diary format and entries are brief. As all farmers know, sheep often seem to make staying alive a challenge and escaping from their fields is their main hobby. Swedish sheep are no different and it’s interesting to read the perspectives of a newbie farmer and how he reckons the ‘real farmers’ regard him. 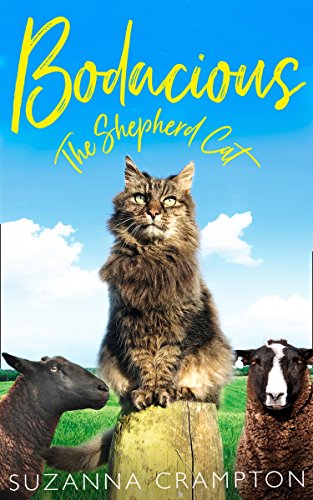 , recounts his many adventures on the farm, helped by ‘The Shepherd’ Suzanna. In many ways, it is also a memoir and it was fascinating learning about Suzanna’s grandparents and their market gardening, not to mention their own writing and their many notable and literary visitors.

It’s also a realistic look at farming: its ups and downs, life and death and the relationships between the dogs, cats, sheep, horses, alpacas, birds and humans.

Suzanna is well known from her twitter account and hosts many Irish and international visitors on her farm offering various workshops and farm visits during the year.

Till the Cows Come Home x 3

As you may know, my memoir covering three generations of my family on this farm was published last May. Till the Cows Come Home covers three generations of the Sixsmith family and includes and exploration of how the lives of farm women have changed over the generations as well as sharing how the farm practices have evolved from being a mixed farm until the 1970s and then specializing in dairy farming to the present day. The animals form as big as part of the memoir as the humans. Readers can find out about Delilah our top cow, how Lucy stopped the bullying, why I share a love/hate relationship with Becky (now in her third lactation) and why I had a personality clash with Becks the goat. I share how many of my nine lives I lost from riding on trailers to falling off ponies going at speed not to mention the challenge of farming with severe allergies. 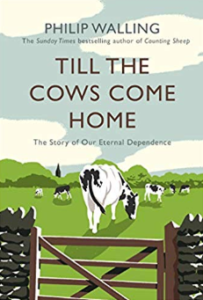 As it turned out, this title is popular. Till the Cows Come Home by Philip Walling was published in August and although not strictly a memoir, it does contain sections of Walling’s experiences with farming before he decided to focus on a city career.

It explores the history of cows, how different breeds became popular and specialised. It’s too detailed to read in one go as one might read a novel as there’s a lot of interesting information to absorb but perfect for reading a chapter a night. I particularly enjoyed learning about the Texan Longhorn cattle, absolutely fascinating. 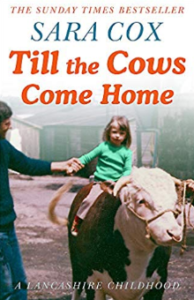 As I said, this was a popular title in 2018! Sara Cox, a well known broadcaster in the UK, brought out her memoir Till the Cows Come Home.

It covers her life until she was around 20. She lived on a farm until she was six and her parents divorced and afterwards, visited her dad who continued to farm. There’s many laugh out loud moments (including the episode regarding Ludlow Castle) but there isn’t as much farming material as the title suggests. A good read with plenty of humour, particularly for those who are familiar with the area or know Sara from her radio programmes.

And we’re back to sheep farming with this farm diary. A Farmer’s Diary by Sally Urwin is a 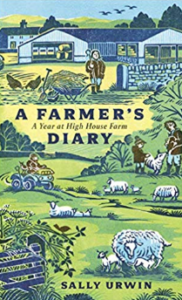 humourous yet often startlingly honest look at the realities of a year of sheep farming in Northumbria in the UK (and includes the many adventures of the fat pony). Sally says it like it is – they struggle to make a living from 200 acres of sheep and tillage, they need her parents to help out with the children during lambing, her husband has to get a part-time job, favourite sheep die and yet there are so many funny moments especially when she recounts the difficulty of farming when one is less than 5 feet tall. I’m often not a fan of ‘diary memoirs’ as let’s face it, some days can be boring and it can be irritating when they digress to events in previous years but Sally managed it very well. I’d really recommend this for your Christmas reading.

There you have it: a number of farming books to choose from for your winter reading. If you particularly enjoyed any that you’ve already read, do let me know in the comments. And likewise, if you’d like to recommend any that I haven’t mentioned, please do so.