Imen’s post on changing the name of her blog to match with her column and her twitter username got me thinking. ?She is known as ‘Modern Farmette’. ?Is the correct term ‘farmerette’ or ‘farmette’ I wondered, especially as I am calling myself a farmerette. Does it matter? Are they seen as one and the same thing? 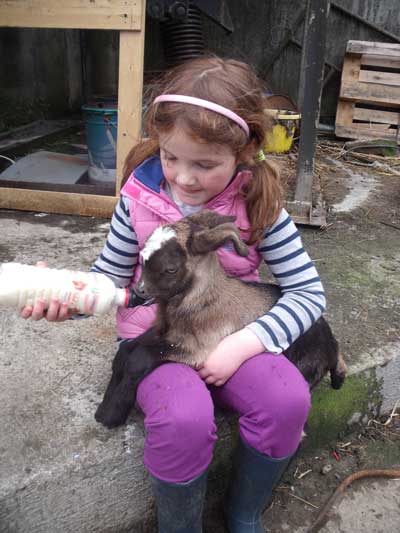 I consulted the Oxford English Dictionary online and neither are in use there (yet I did hear recently that the OED is behind others in adding new words/terms).

I then checked both on the google keyword analysis tool and interestingly while the number of searches for both are on a par for Ireland (less than 20 per month), farmette is a much higher search term than farmerette for global searches – 4,400 compared to a measly 320!

When I focused on the States, some keywords that were thrown up were interesting. For example, there were 1,900 for the keyphrase ‘farmettes for sale’!! and on googling that term myself, it seems to refer to farms rather than women (thank goodness for that!) so I wonder does it refer to smaller farms, more feminine farms??

Focusing on the UK, farmette did slightly better than farmerette at 46:10.

Interesting isn’t it or do I need to get out more? Thoughts anyone?

24 thoughts on “Farmerette or Farmette”