I was interviewed some time ago for the Irish Examiner and it was featured this week in the Farming Supplement – with me even being shown on the masthead of the front page with Alex Ferguson below!! 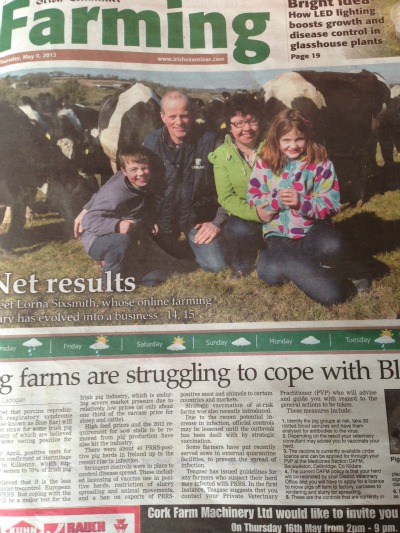 The article was mainly about my blog, why I blog, why farmers should blog and tweet, about our #farmerettes tweet up which is happening tomorrow and a little about my social media businesses Write on Track and the soon-to-be-launched We Teach Social. 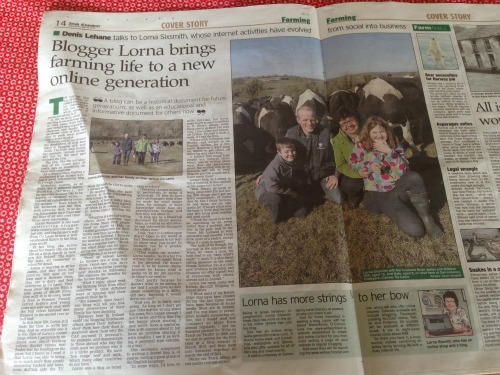 The tweet up was organised some weeks ago – it grew out a conversation between 3 #farmerettes and we decided it would be good to meet up and put a face to the names, we then asked if others would like to join us and now there are 9 farmerettes going along, plus Aisling Hussey from Irish Country Living and Louise Denvir from RTE countrywide. Louise is going to be covering a story about the tweet up and we’ll be on the radio next Saturday morning. ?I’ve only met a couple of the farmerettes so far and many of them haven’t met any of the others. I guess that is the beauty of twitter, you get to know people that are on the same wave length, with similar interests and if you’re in the same country, you just might get to meet in person. It is always a little nervewracking before meeting other tweeps as you wonder will they be the same in real life as they are on twitter – but it usually is the case 🙂

If you’d like to follow the progress of the tweetup and join in virtually tomorrow, just use the hashtag #farmerettes. ?I’ll be tweeting lots tomorrow, with some photos too. 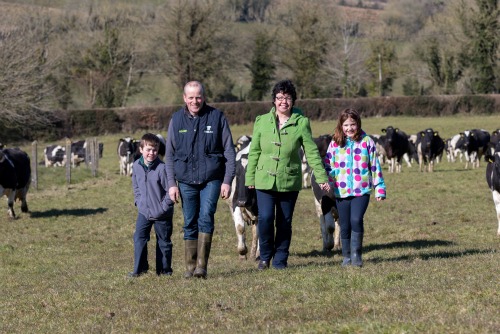 Here’s a couple more photos by Dylan Vaughan – the grass was looking pretty brown back in March! 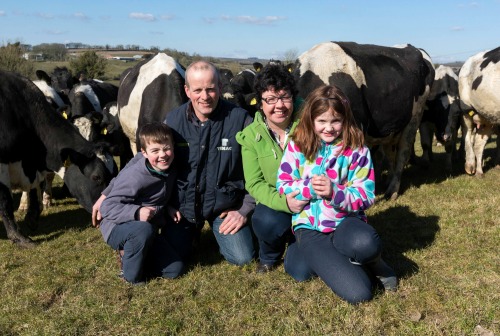 It was quite funny as Brian had been working in the meal shed and the cows could smell the meal on his wellingtons so they are started licking them!