When I was interviewed by Ryan Tubridy last December (shameless name dropping there!) he was teasing that farmers tend to be negative, grumpy and pessimistic. “Not so,” was my reply “They are optimistic, they always see the silver lining but they can never be too positive as they just never know what is around the corner.”

After all, although we don’t get extreme weather here in Ireland, it can happen that sudden flash floods can still damage crops or make a total mess of a silage or hay field. The calving could be going swimmingly and then a few calves get sick and it spreads to others or a couple of difficult calvings end in deaths. Where there’s livestock, there’s always a chance of deadstock – as one rep kindly reminded me when I was in tears one morning after one of our goats had died! The other ‘comfort’ line tends to be “as long as it (death / serious illness) happens in the yard and not the house”.

Farmers tend to be superstitious too and I don’t just mean looking for the second magpie. If there’s a run of good luck, they are waiting for something not-so-good to happen. Bad things seem to happen in threes. If waiting a while for something good to come to fruition, it’s a case of wondering will something happen to hinder it. 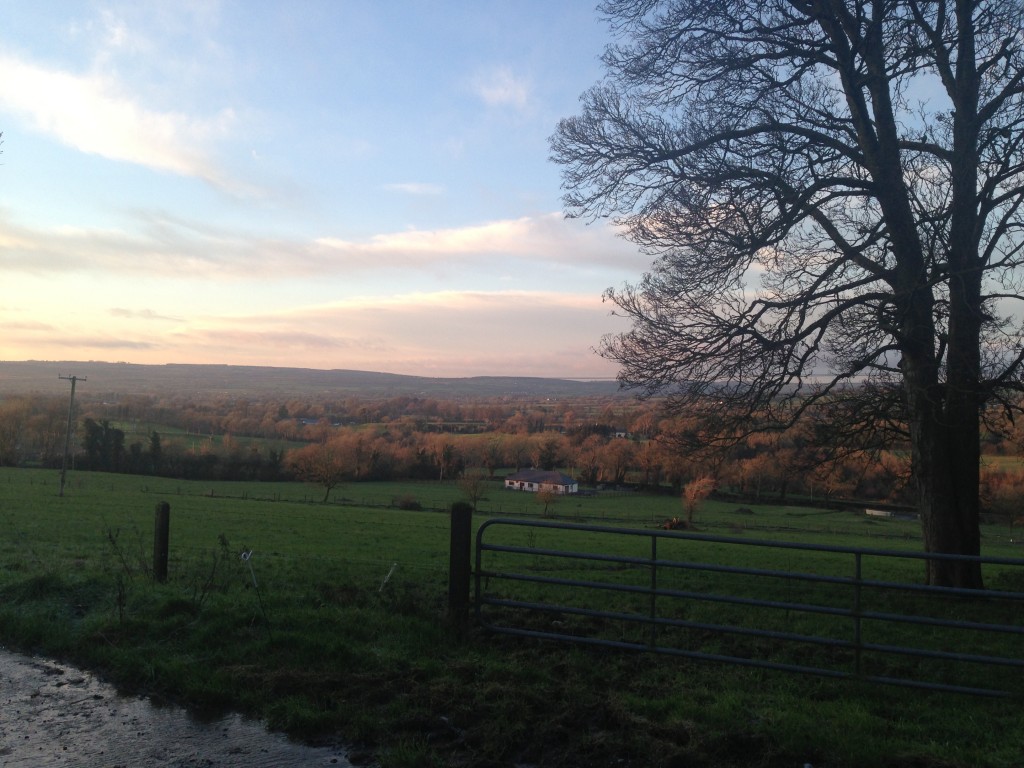 We sold 18 heifers to a farmer in Ayrshire in Scotland and they went last Saturday. We usually sell surplus heifers and second calvers after they have calved, generally calving approx 50 heifers each spring. The reason it’s a big deal with heifers is because they have to be “trained into the milking parlour”. They have never been milked before, having a cluster put on their udder must feel pretty strange. It can take five minutes to be milked which means they have to stand fairly quietly for the duration. Hmmm, easier said that done especially as heifers at two years of age still have some growing to do hence they can move around quite a bit within the milking space. The trick is to try to put a cow either side of each heifer so they tighten up the space as well as reassure them a bit. Training in fifty heifers is quite a bit of work.

This year we had 70 “maiden” heifers. Happy with each and every one of them but I have to admit my eyes used to water a bit when I saw them all together and I’m only doing the calf rearing. Training them all into the parlour and then selling surplus ones either privately or at the mart was going to be a lot of work so we were delighted when the agent offered us a good price for 18. With a superlevy bill inevitable in Ireland, the price of cows and heifers is unlikely to be strong before April.

All heifers had to be tested for export and all was fine. The lorry collecting them was so huge (takes 42) that he didn’t risk driving up the yard so we brought them down to the road in our cattle truck and loaded them there. Off they went, across the Irish Sea to Ayrshire, our little calves of 2013 – off to produce their own calves in 2015. The furthest we’ve sent cows before was the far West, so far west the next stop was New York. 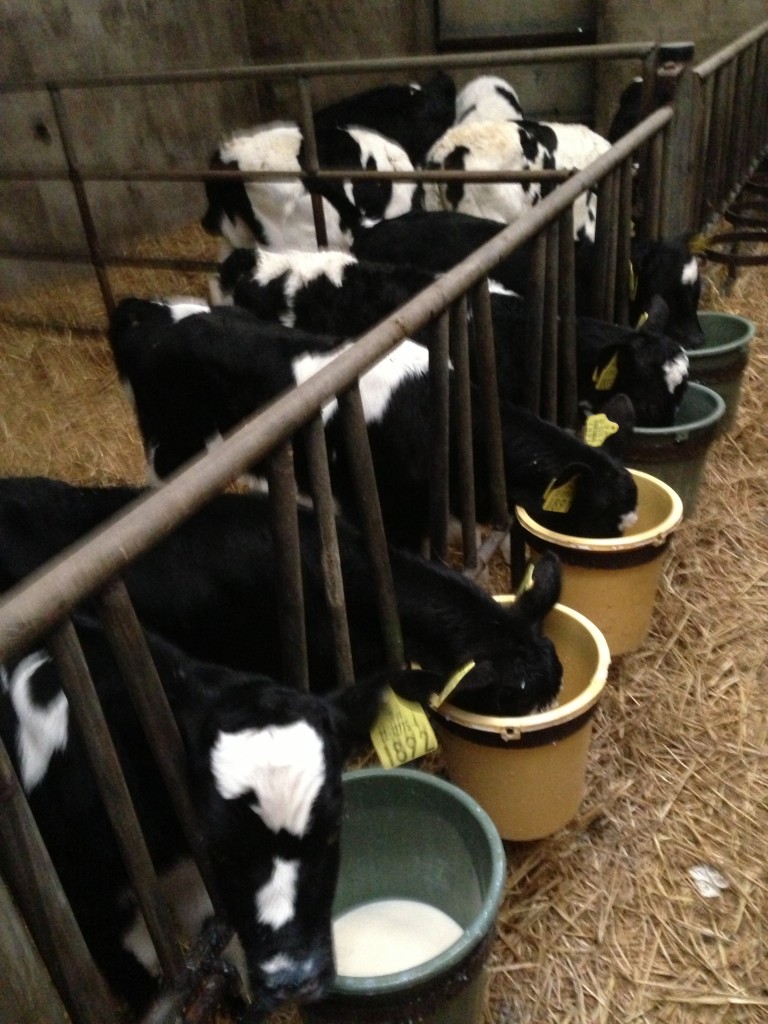 Cows and heifers are due to start calving the first week of February. It’s something to look forward to and we are feeling optimistic for a good calving season. We’re both “glass half full” people most of the time unless things are really not going well for an extended time. However, there always seems to be something that happens to scupper those feelings of optimisim. One cow expecting twins looked sick on Sunday and we called the vet who confirmed her twin calves had died a day or two before. We had to give the cow time and ended up pulling both calves yesterday morning. It wasn’t particularly pleasant as they had swollen somewhat. The silver lining (yes, remember we always look for the silver lining) was that the mother is on the mend and that the calves were a bull and a heifer so the heifer would have been infertile. We have a soft spot for the mother too, she gave birth to a huge bull calf last year, we named him Charlie as he was incredibly cheeky and the hungriest calf we’ve ever seen.

We have three other cows scanned for twins this year. One cow is on her 11th lactation (so she is 13) and it will be her sixth set of twins! For now, it’s a case of feeding them well and ensuring they are comfortable – never taking anything for granted!

Our calving starts the first week of February and fingers crossed, all will be calm and go well.?Farming has good days and bad days. The silver lining to the bad days is that we know a good day should come along soon. If we get too many good days in a row, we get suspicious that a bad day is on its way. Having said that, unless a person is a ‘glass half full’ type, farming would be a tough occupation to be in – you have to see the good in every day or the occasional losses and deaths would really bring you down.

2 thoughts on “Farmers: Optimistic or Pessimistic?”