Helllooooo, long time no see – I know. You see, remember that book I’m working on and self publishing in September. It was tootling along fine, needed lots and lots of re-writing of course as my drafts are always ridiculously long-winded, ?and then six weeks ago, I decided to change the angle on one section which led to two sections. Translate that into a re-write on 20,000 words. I liked the look of it and then I looked at the rest and I decided they needed a change too. So, to cut a long story short, ‘How to be a perfect farm wife’ has had a complete re-write but it is much the better for it. Nothing like a deadline for clarifying the mind and yes, I’m pleased with it, it feels right. It’s still going to be a busy few weeks – finish editing, (editor does her editing, copy editing and proofreading), illustrations are added in, all those little annoying bits like the ISBN number and the blurb have to be sorted – it’s just as well I work well under tight deadlines isn’t it! ?The book will be available at the Ploughing Championships 22nd – 24th September (eek, only a month away really!) and there will be a launch in Kilkenny at some point plus for those of you not in the SE, I’ll be having a fun launch event on Facebook too. 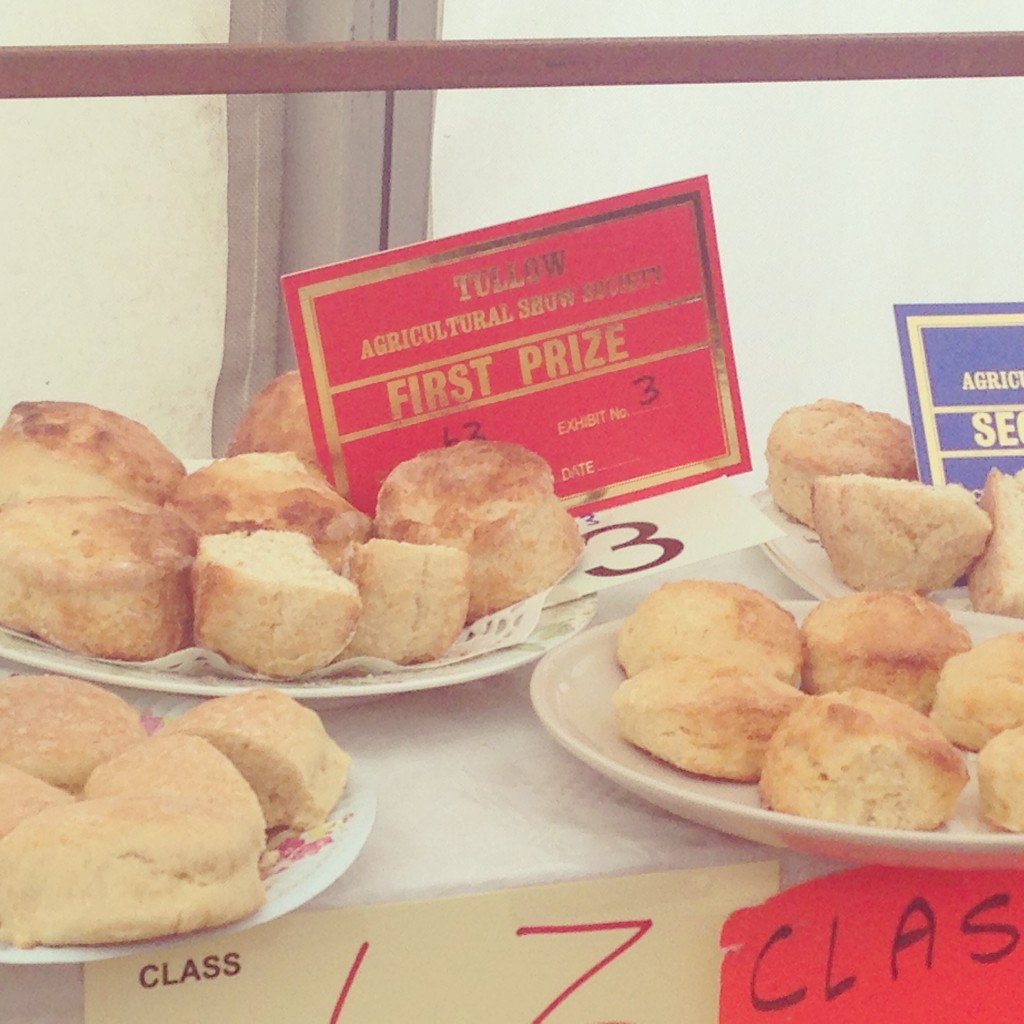 So, what else has been going on in the last few weeks? The summer holidays are flying by. A perfect farm wife should be able to make good scones shouldn’t she? What about having a daughter who makes award-winning scones? Does that make me perfect? Daughter won three prizes in three baking classes at Tullow Show today, a first for her scones, a second for her pavlova and a third for her Victoria sponge. She was very happy and we were all delighted as it meant a lot to her and she’s been practising a lot – we’ve all eaten a lot of scones and cake this summer! The scones are my mum’s recipe and yes, it will be in the book! I always have huge respect for those parents who are at agricultural shows with their kids and their ponies – children as young as three up on an immaculately groomed pony, child immaculate, mother in the appropriate attire too. I’ve also thought they were rather bonkers. When I got up at 6am with Kate (not that I did any baking but I was her moral support), I was thinking of those parents and glad that I didn’t have to plait a pony’s mane and a child’s hair.

My parents celebrated their 50th wedding anniversary with a party. What a pity that they don’t have a daughter capable of making a cake for them but at least their granddaughter should be able to make a beauty for their 55th. I am terrible at keeping in contact with relatives, I have so many aunts, uncles and cousins that it was a bit strange seeing all these people in a happy social situation as I’d normally only see them at funerals.

I was contacted by a party of 32 Minnesota farmers recently and together with Suzanna Crampton, met up with them in Kilkenny. I wasn’t expecting to give a presentation (and my brain was mush as I’d been writing all day) so I swiftly turned that into a Q&A! It also became a book signing after the dinner which was cool. Like all writers, I keep a box of books in the boot at all times! 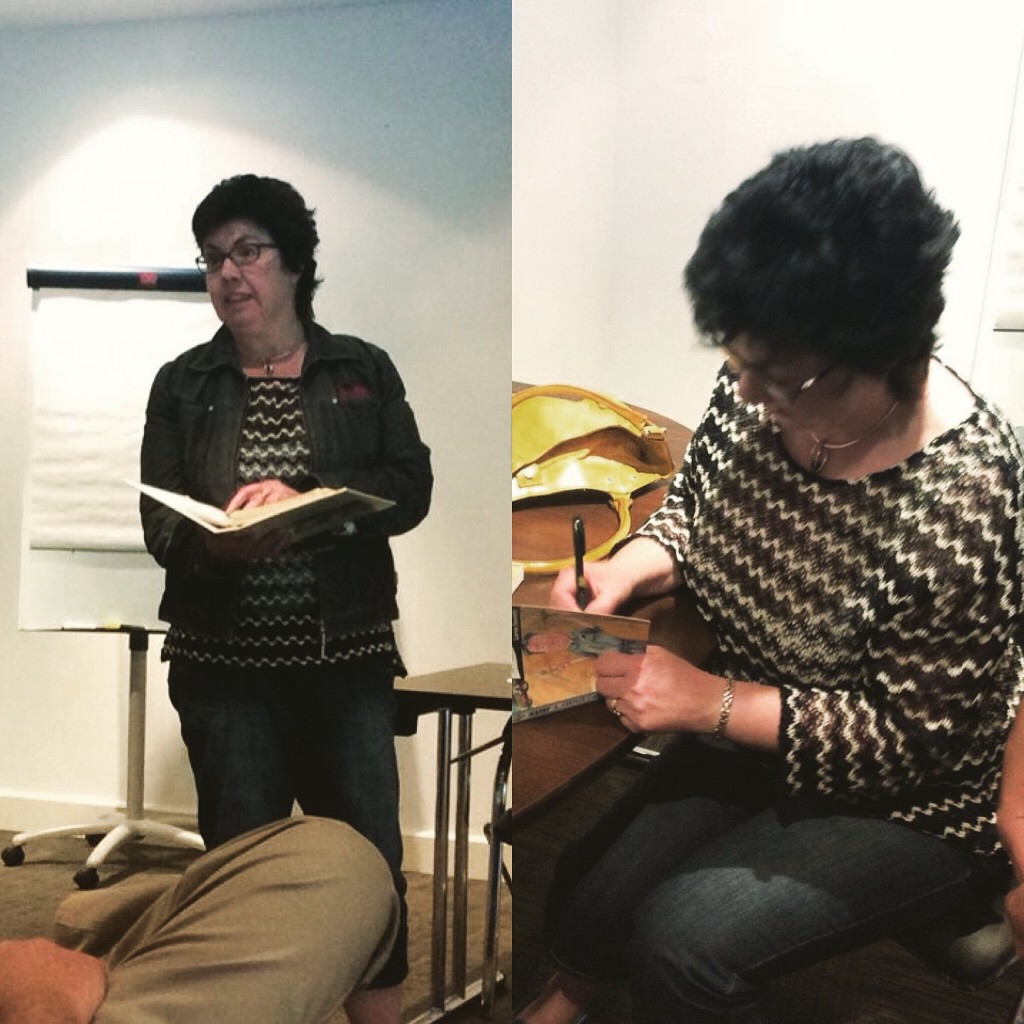 I was amused when one asked me at dinner what do Irish farmers drive as they hadn’t noticed many pick-up trucks as yet. ?Brian and I had only been laughing the previous week as we are the only farmers around here without a jeep or pickup truck now. Brian announced that one morning and I doubled up as the previous day we had been driving down to Birr and Brian was complaining that he couldn’t see over the ditches, he needed a higher vehicle! You’ll never see a farmer driving around in a low convertible now do you? Apart from the fact that most can’t afford them, they are way too low for keeping an eye on what’s happening over the hedges. The day we read the TB test results, Brian gave the vet a lift back down from his farm which is only about a quarter of a mile along a track and a bit of untarred road. Bumping along in the tractor the vet commented ‘Would you not get a jeep?’ I think Brian’s reaction was to think ‘ I’ll let you walk the next time!’

Neither of us are into cars, indeed, I describe them by colour and couldn’t tell the difference between a Mercedes and an Audi or a Corolla for that matter. We?share the car, if it is there, Brian uses it to drive to the outfarm?a mile and a half away to herd. If I’m away, he drives in the tractor or loader. He tells me when his next discussion group is (once a month) and I pop it in the diary so I don’t book any training in on that date. ?We did have a series of bockety vans for a few years but between keeping them going, insuring and taxing them, it really wasn’t worth it. ?So, does the possession of a pick-up truck or jeep indicate the occupation then? Parking at a client’s office the other day, I was suddenly aware that my car badly needed a wash and driving home, I was noticing the cleanliness of all other cars. I guess having a muddy and dusty car isn’t the indicator of farming status that I should be aiming for though. 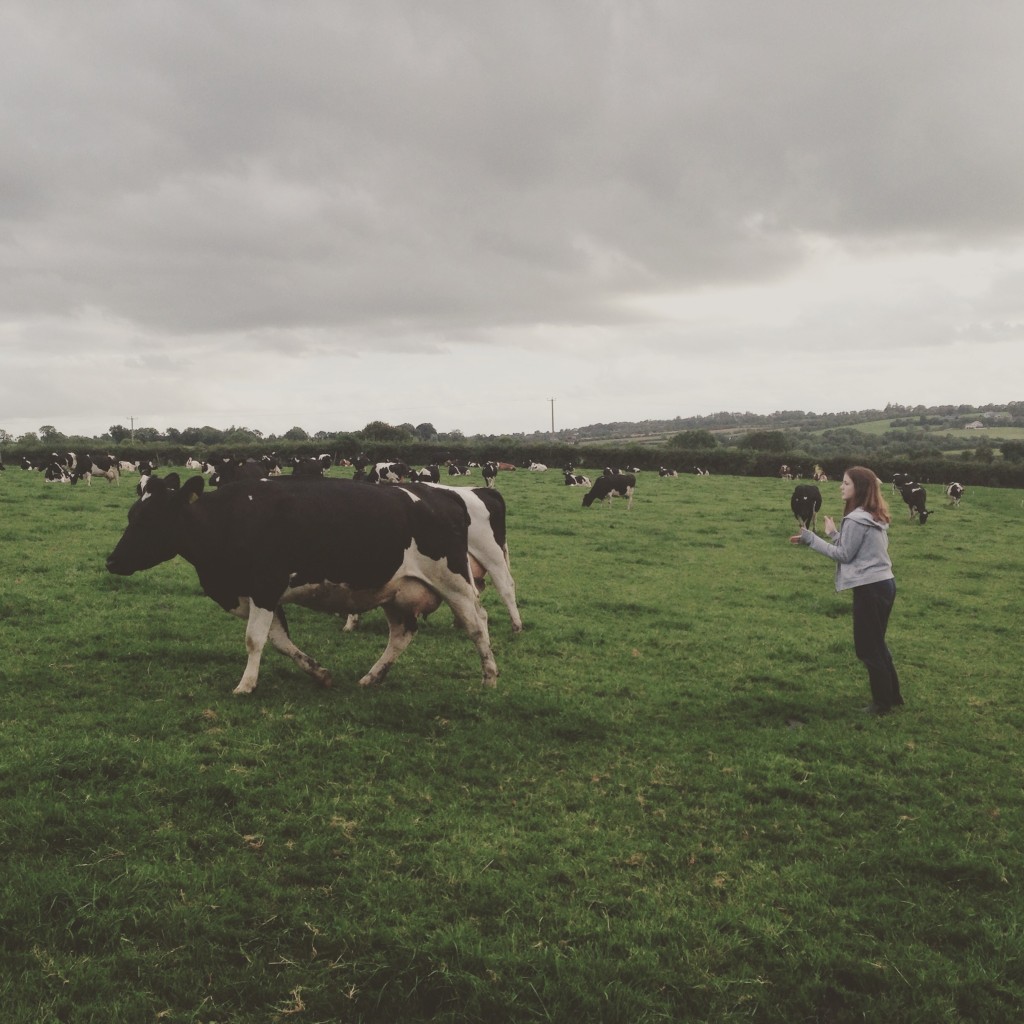 No jeep, no quad, just Shank’s Pony for us

Mind you, no vehicle to impress but some people are impressed by qualifications. Brian had a sterling account with our Irish bank for years and there was only about ?150 in it. He’s been meaning to close it for ages so when the exchange rate was so dire for euro, he popped had an appointment recently and popped into a nearby branch (not our branch) recently. While queuing for customer service, the manager came out, glanced at the letter and said someone would be with him soon. Then he glanced again and ushered Brian into his office, got the relevant forms, started filling them out and was chatting away. Brian was sitting back, happy enough that he didn’t have to wait but wondering at this preferential treatment. The next question revealed it all. “Are you practising out in Crettyard?” Silence for a moment and then “Practising? Oh, no, I’m just a farmer.” Brian has a PhD from his days in science and had totally forgotten the letter ?addressed him as Dr. The cows don’t have any respect for qualifications but it’s nice that some people still do!!

That’s all for now – I’ll be back soon with a sneak peek of the front cover of ?”How to be a perfect farm wife”. I love it am just awaiting minor changes to the font! And yes, now that my daughter can produce award-winning scones, I’m definitely describing myself as perfect.