Did you have a nice Mother’s Day? Ours turned out to be quite busy, we had decided not to go out for dinner (went last week instead) as everywhere would be packed and as it happened, Brian had a busy day. Kate and I did some baking and after dinner, we went for a walk. Brian had to sort out some cattle in the part of the farm off the Garrendenny Lane so Will brought his bike while Kate and I walked along the lane down to the church, a distance of about a mile and which would have been walked by many children years ago on their way to and from school and many people on Sundays as a route to Mass. 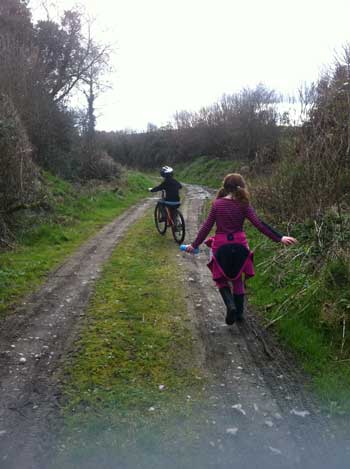 The lane connects the townslands of Kilgorey and Mayo and serves as a shortcut to going around the main road. As you can see from the grass in the centre, it isn’t travelled very often nowadays.

Years ago there were a few houses dotted along – Bolgers which is on the land we bought a few years ago (and I hanker about doing it up in years to come), this cottage owned by the Wades, Jimmy Lynup’s cottage which has now disappeared and other cottages. This lane would once have been a busy thoroughfare but is now rarely travelled. 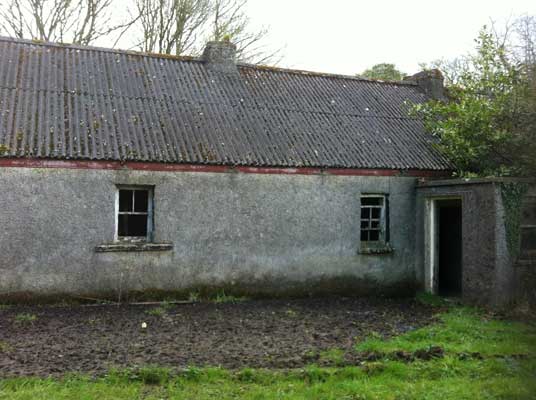 This cottage was lived in until the late 80s if my memory serves me right. An elderly couple who became increasingly isolated as the lane became less travelled, lived here for many years. It was probably pebbledashed in the 60s but is made of stone (can see the stone in the last photo below) It consisted of a main kitchen/living room with a bedroom either end. I wonder what tales this old house could tell. 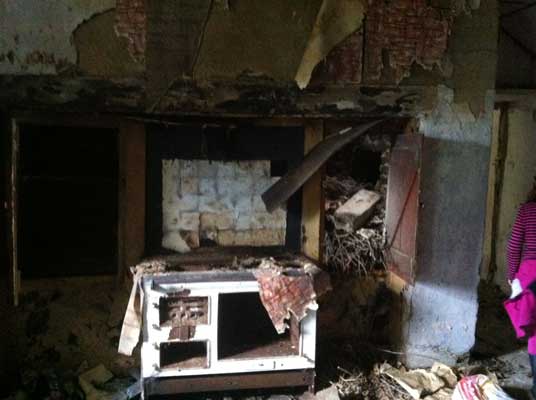 The toilet was probably in an outhouse across from the house. The children wondered if it was the outhouse adjoining the end of the house but when we looked in, they reckoned these low wooden bars provided a trough for a couple of cattle. 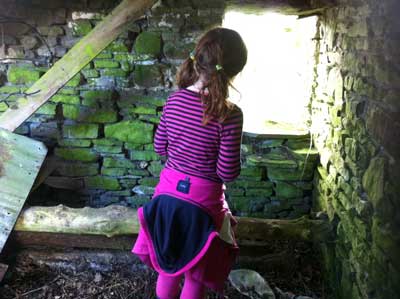 We then went on down to the church at Mayo. It celebrates being 200 years in existence this year and there will be a celebratory church service in June. I’ve been asked to write a play that the children can perform. ?My idea for the play has been inspired by Dickens’ Christmas Carol when Scrooge is visited by the Ghost of Christmas past etc, in that I will have a couple of kids acting as disillusioned teenagers who are visited by ghosts of the people who formed the church, who paid for the fabulous stained glass windows, who prayed there every week,who were baptised or buried there, who moved into the area and of course, the teenagers might see into the future too :). I’ve asked various members to provide me with some information as to when their families came into the area and if they have any stories that they can pass on to me to perhaps include into the play in some way. I’ll also have to do some research into pre-1900 too. 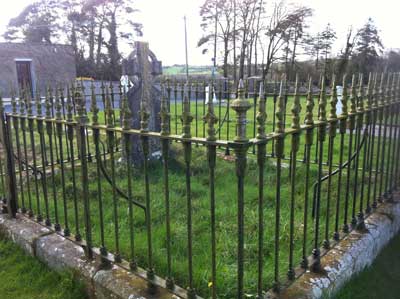