Can cows be lesbian?

This was a question I was asked while tweeting to Saturday morning’s RTE Countrywide radio programme (Sat 8th Nov) as Benjy, a gay bull, was featured. Well, the debate was – is he gay? As numerous tweets came in, it seems there are plenty of gay bulls around the country! 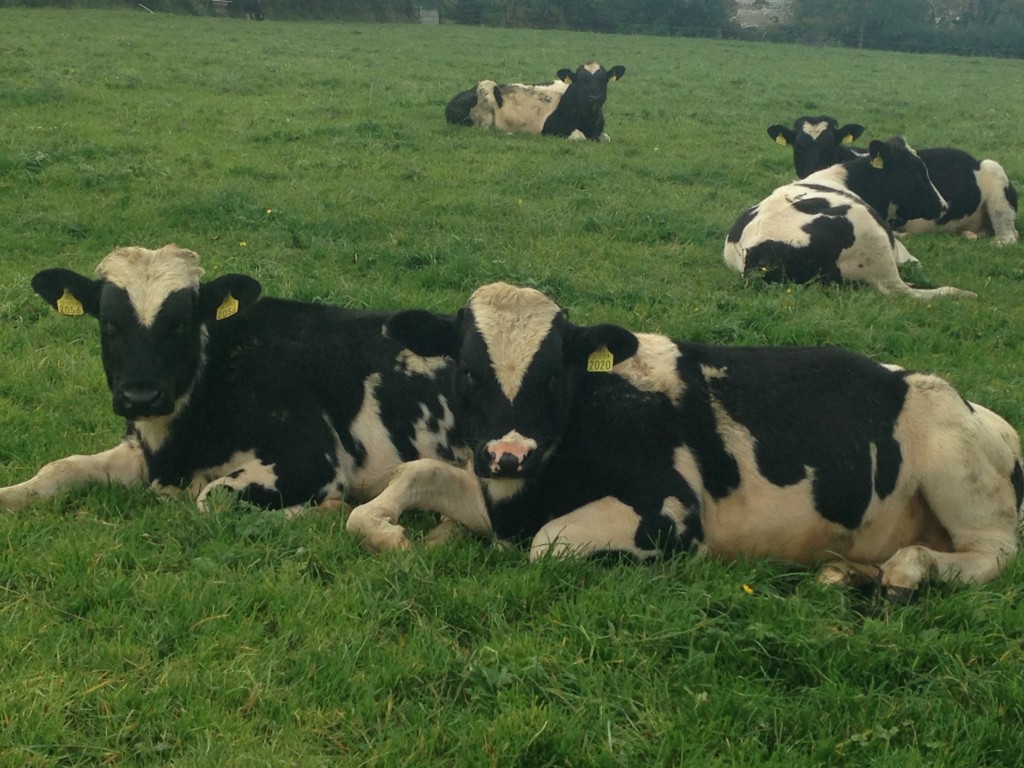 The conclusion was reached as Benji failed to get any cows pregnant. The poor farmer didn’t realise until 3 months later when he got the cows scanned so it was a very expensive time lapse. His fertility had been tested so there wasn’t a suspicion about him ‘firing blanks’, he just wasn’t interested in females but seemed interested in another bull! Of course, there could be something wrong with his sense of smell, maybe he just wasn’t picking up that the cows were on heat.

The fact is that bulls will jump on anything! When we finished cattle as bulls, any change or upset would get them going! The question is why this bull wasn’t jumping on the cows though.

As happens with cows that don’t go in calf and with bulls that prove to be infertile, Benji is being fattened for the factory. Various newspapers are running polls asking if Benjy should be allowed to live out his life naturally. 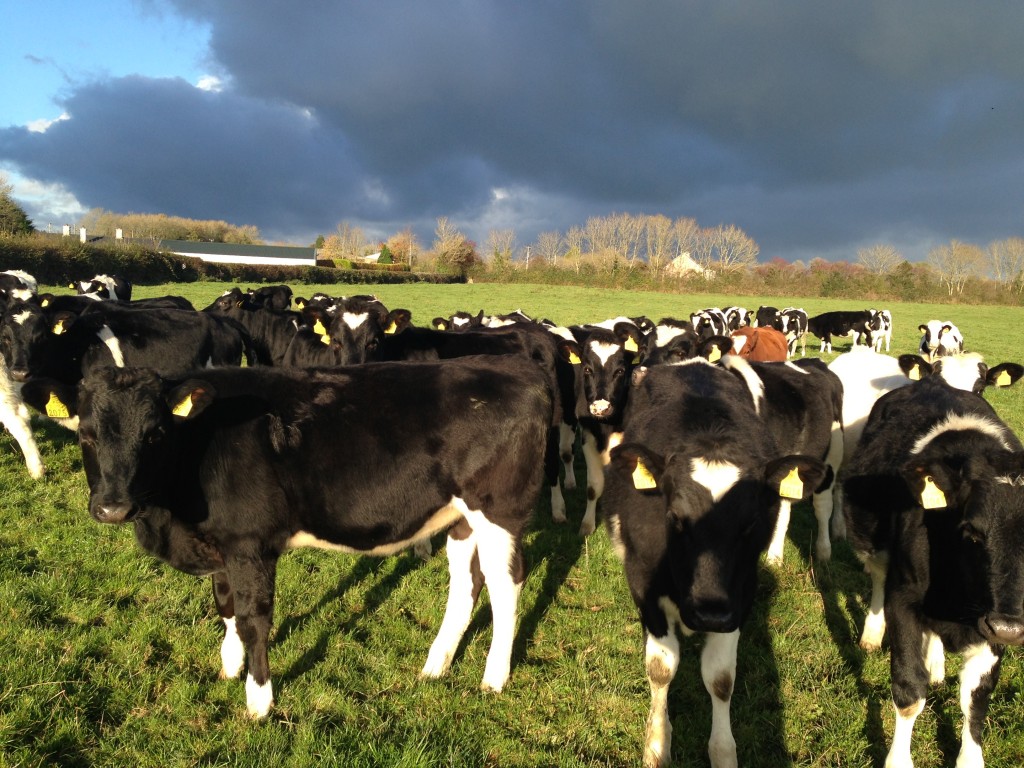 So back to the question I was asked – if bulls can be gay, can cows be lesbian? We have two cows at the moment that have a very special friendship! One started suckling on the other so a’bull ring’ was put in her nose to stop her. While one cow can sometimes become protective of another, almost as if mothering a calf, these two became protective of each other and even used to run at the dog when he was trying to bring them in to be milked. He just had to scarper out of their way. Of course, cows show being on heat by standing for another cow to mount them, and a cow coming on heat will show interest in other cows. Does that mean cows can be lesbian then?

Maybe it is a case of farmers showing their support for the gay referendum? Would be nice to think so, wouldn’t it?

Update 16th Nov ?- This ‘gay bull’ story has grown legs! On yesterday’s RTE Countrywide it was reported that a couple of organisations (gay rights and animal rights) have combined forces to start a crowdfunding campaign to raise ?5,000 to buy Benjy, ship him to the UK to a sanctuary there where he can live out his gay lifestyle. I’m wondering are they putting him with other gay bulls – but what if the others aren’t gay? The mind boggles.

One of the organisations are going to use him to campaign against farming. It has even made it to Russian TV and Irish dairy farmer Harold Kingston was also interviewed in the piece – you can see it in this youtube clip. What annoys me is that the activists are described as animal lovers – thereby suggesting that farmers don’t love animals!

What’s ironic is that the campaigners are against the live export of animals yet Benjy will have to travel across the Irish sea!

I was delivering a talk on social media and farming the other day to a group of farm women and explaining how American and Australian farm women are using social media to ‘agvocate’ and educate consumers about farming – often in response to some harmful nonsense spouted by animal rights groups. I didn’t think that something here would spring forth from the story of Bengy.? 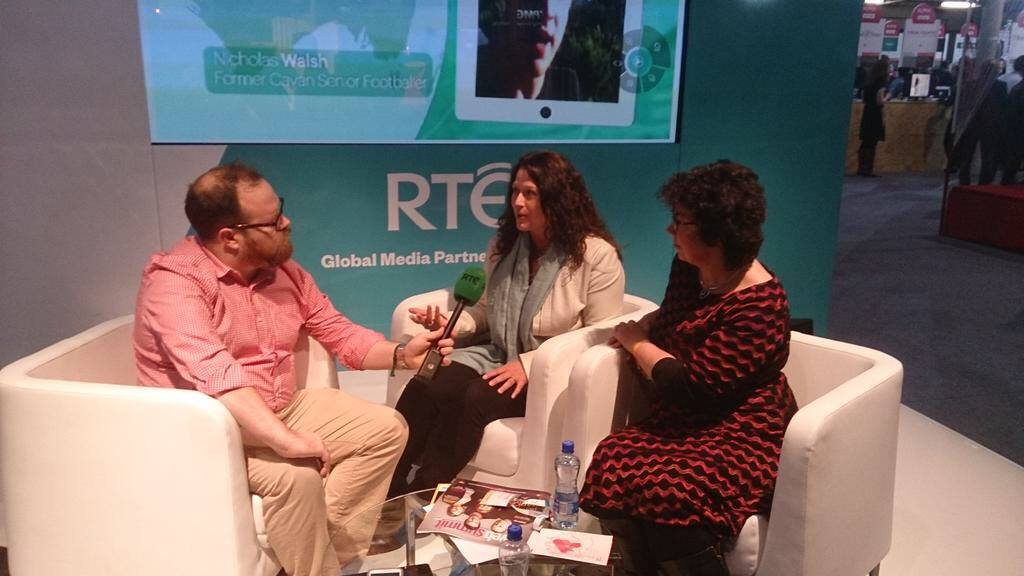 By the way, I first met Jojanneke Van Den Bosch (from Rotterdam) online when we were both listening to RTE Countrywide and discovered we had plenty in common – we’d both self published books unrelated to our business and we both teach social media so when Jojanneke visited Dublin in June, she came down to see the farm and visit us. ?RTE Countrywide caught up with Jojanneke at the Web Summit (where both of us were also interviewed by RTE Digital). The interview was edited in the radio show but if you scroll down the page, you’ll hear the full interview. She says lovely things about us and the farm! I have to admit that seeing your farm through someone else’s eyes really makes you realise how lucky you are.