They tend to fly downwards don’t they? They swoop down from their roost to the ground and they do a mixture between a fly and a jump when they want to reach something that’s a metre or two high.

We have a hen that was too chicken to fly! She had to be rescued!

The 3 hens are usually back inside their henhouse, all cosy on their roost by around 4:30 each day as it’s almost dark by then at this time of year. Like us humans, they seem to need more sleep during the winter and seem perfectly content to have early nights. One evening last week, I went out to feed them and shut them in as usual but there were only two hens on the perch. The fox is always a risk so I called the other hen a few times and no sign of her. I don’t have names on the hens by the way, they all look identical to me, they all have great personalities but they all seem to be very similar. I just call ‘come on hen, come on hennies’ and they usually come running knowing that my voice means fresh food. 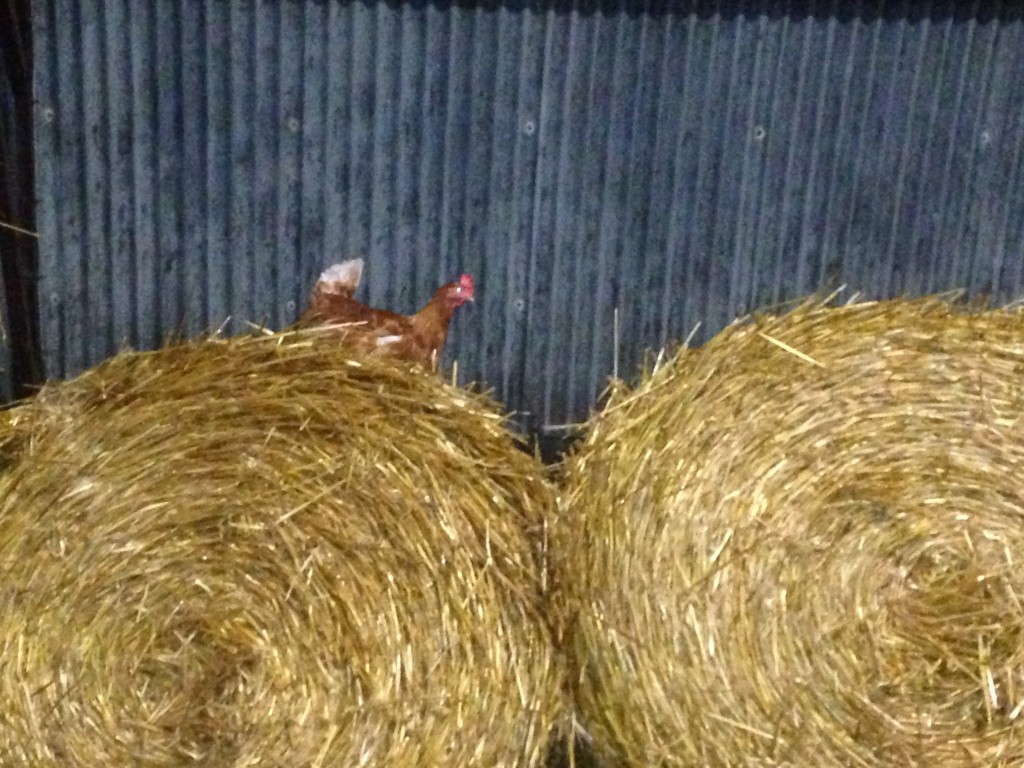 An hour later, the hen was spotted. She had climbed up to the top of the straw bales in the shed, and she was at the top – 4 bales high. She kept running between two bales, going to the edge and looking down as if to say – “it’s too far to jump/fly”. ?I tried to coax her down but no avail. We ended up having to knock a bale down and climb up 3 bales high so we could rescue her.

Back she went to the henhouse – wouldn’t you think they’d have learnt their lesson about messing with bales? During the summer, two hens went missing and I presumed the fox had got them. Then one day, one emerged from the bales, walked to a puddle and drank about a pint of water! They must have gone into the bales which acted as a maze for two little hens and it took her ten days to find her way out. The other one didn’t reappear unfortunately.