I have had making clotted cream on my ‘to do’ list since I saw it made on an ‘Edwardian farming’ programme on the BBC last year and when invited along to bring ‘peasant chic quirky picnic food with a story’ to a photo shoot for the new Irish Country Magazine of the Irish Farmers Journal, I thought I’d attempt to make some as the perfect accompaniment to my spot o dick fruit bread and homemade raspberry jam.

I made 3 batches, varying each slightly and this was what worked the best. 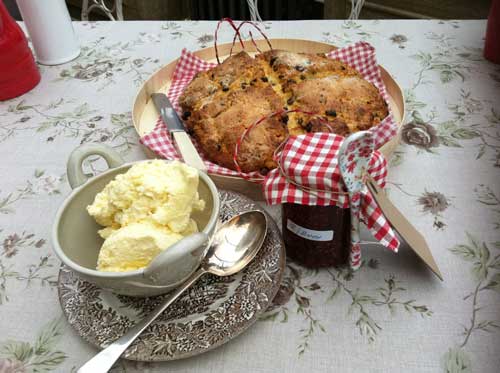 By the way, if you would like to see more photos of the food at the picnic, do have a look at my Garrendenny Lane blog.

And if you would like the recipe for elderflower cordial, you’ll also find it here on the Garrendenny Lane blog.

15 thoughts on “How To Make Clotted Cream”