I don’t often get jealous of other women. I’m not envious of things like perfectly shaped eyebrows, slim waists, manicured nails, spotless kitchen floors, not even the possession of an Aga. But the green-eyed monster does unleash itself occasionally. There is one type of woman who possesses something I covet and no matter what I do, I find it impossible to attain.

It is the ability to keep a kitchen table clear. I still remember visiting a farm, walking into the farmhouse kitchen, not only was it was spotless but there were four freshly baked rhubarb tarts and a bowl of fruit at the end of the kitchen table. Nothing else. If I had just baked four tarts, there would still be a dusting of flour on the floor, half the washing up would be in the sink and a large slice of tart would be missing! Yes, I’d have eaten it and I’d still be sitting down finishing the cup of tea.  I’m a messy baker and I believe in rewarding myself when finished. 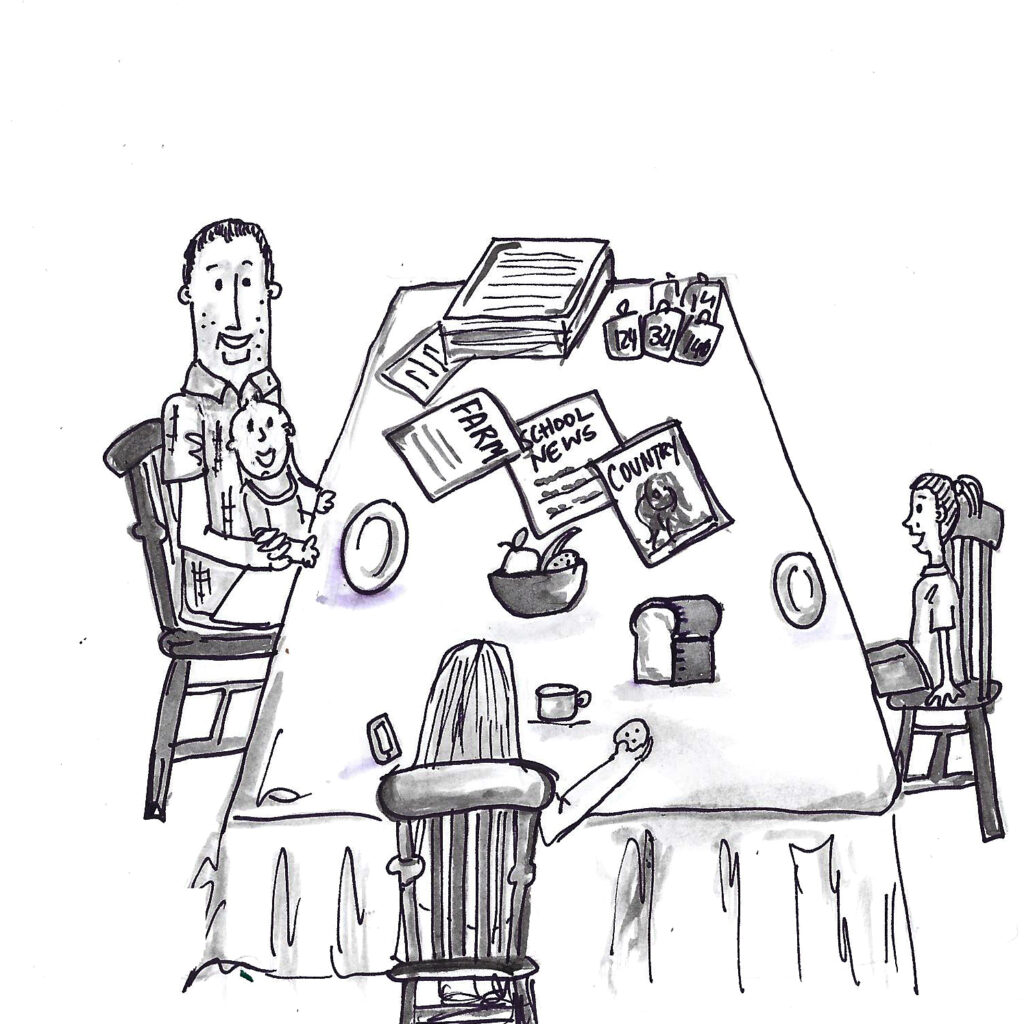 I can cope with keeping the worktops clear. I have very little worktop space to be honest, just about enough to dish up the dinner, and hold those essential items such as the kettle. Kitchens with acres of worktop are my worst nightmare as I know I would just fill them. I look at photos of gorgeous kitchens and they just make me cringe. Kitchen islands are the same. I have two huge standalone cupboards in my kitchen and they house all the groceries and most of the crockery as well as large items such as my Kenwood mixer.

However, the end of the table defeats me. Every few weeks, I tackle it when the four of us are struggling for elbow room at one end and the pile threatens to overcome us. I cleared it off today. This is what I removed: 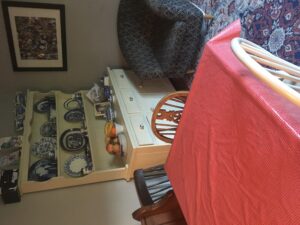 In the past, we had a round table and I’m considering resurrecting it again. My thinking behind it is that it doesn’t have an ‘end’ to stash everything on but realistically I know half the table would soon be covered. That’s what happened the last time.

I’ll be honest, while it can get on my nerves and I eventually clear it all off, there’s a lot going on in the world at the moment so I don’t sweat the small stuff.  Covid, Brexit, that election.

I’m staying calm and relaxed by listening to classical music or an audio book when doing mundane tasks such as scraping and liming cubicles or peeling potatoes and vegetables. I had a week of listening to Pride and Prejudice which was pure bliss.

Two Types of Farm Wives – Which one are you?

And when I think about it, there’s another type of farm woman that I really admire and know I could never become. The type who plans the meals for the week, who freezes lots of meals in advance of the lambing or calving or harvest season. My version of being organised in taking meat out of the freezer the night before. I actually couldn’t handle knowing that on Tuesday we’ll be having Shepherd’s Pie (okay, if we have roast beef or lamb on the Sunday, then Tuesday’s dinner is often shepherd’s or cottage pie made from the minced leftovers but it is never written in stone) or on Thursday we will have chicken pie. I totally get that removing the decision over what to cook for dinner is removed from your head and allows for more headspace but at the same time, I rebel against that level of organisation. 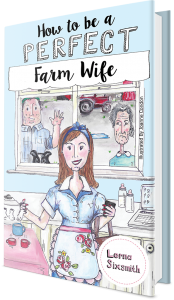 I am wondering though, how many women out there are like me, who kinda prefer an organised chaos? Which type of farm woman are you, the type that can keep a kitchen table clear or the type who finds it impossible?

I admit too, now and then Brian says to me, (jokingly obviously as otherwise he’d be buried somewhere), remember that book you wrote, could you read it again sometime?

Yes, I wrote How to be a Perfect Farm Wife from my vast experience of making mistakes and trying to find tricks to pretend I’m perfect! I love hearing feedback whereby people think it is very true to life and reflects their farming lives. If only our tables could talk. Maybe it is as well that mine doesn’t!