We’re celebrating this weekend – at long last! It’s a bit of a long story but last spring, Dovea AI (artificial insemination) were interested in two of our bull calves to use as test bulls ?which would hopefully go on to become successful and profitable bulls for them. ?They eliminated one and really wanted the other but there seemed to be one delay after another. For example, we had one cow that was ‘doubtful’ in the TB test, she was cleared in the test 2 months later but once you have a doubtful result, your herd is restricted which means you cannot sell any animals. Dovea were not allowed to buy any animals from a herd that had TB in the last two years and because we were restricted for 2 months we were viewed as having had TB, even though we didn’t.

There were other delays too which seem to have vanished from my brain but it was early February before this year old bull left our farm for Dovea and we received the cheque for him last week. The cheque for ?5,000 was nice but it is even more satisfying to see the genetics in our dairy herd improving. 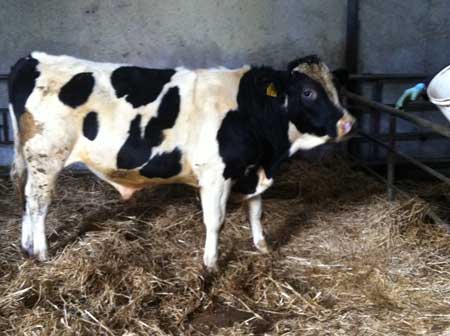 It was such a long wait that we were thinking of calling him ‘Garrendenny Endurance’ but for some reason, Dovea didn’t get the message and they named him ‘Garrendenny Lucifer’. His mother is still in the herd and is now called Garrendenny SSI Lucy :). 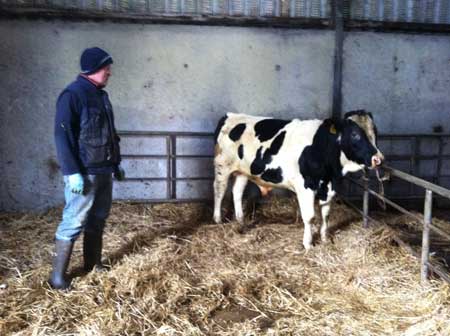 His EBI is 239 which recently went up a little bit more. 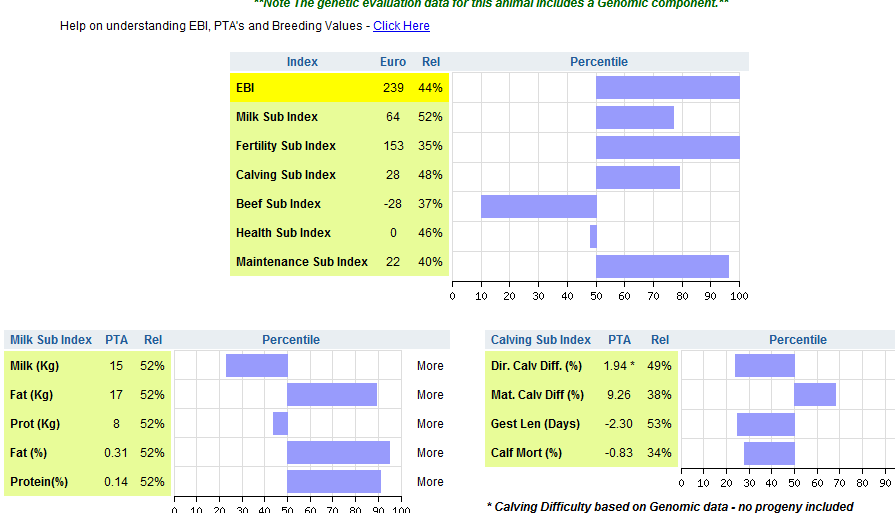 A couple of bull calves in the herd are being tested this year but most of the potential bull mothers had heifer calves this year which is fine as their EBI score will be high.

We are number 67 in the top 100 EBI now (down from 50 last year as they tend to alter the way they work out the scores) so that is good news too.

Other good news this week is that my Write on Track blog (with Marie) is in the finals of the Social Media Awards for the business blog category. I’m in great company especially as Amanda and Beatrice (my co-organisers for the Blog Awards Ireland) are finalists in the same category too.

New Farmerette is having a competition this week for all those to comment about their biggest celebrations and it make me wonder what are my biggest celebrations? Was it getting a distinction in my MA, something I worked really hard to get? Was it the birth of my children? Was it Brian getting his PhD? Was it returning to farming? Was my blogs reaching 3 finals now my best celebration?

To be honest, I think the best celebrations are all the little ones that make life happy and special. A couple of years ago I was chanting little mantras to myself every morning listing out all I had to be thankful for – simply in order to give each day a positive start and ensure I could be as positive as possible but I was finding it hard to shake off my feelings of dolefulness. I’m generally an optimistic person and struggled with feeling down so much.

I’m not a morning person and never go to bed early enough so I’m never going to bounce out of bed in the mornings but my heart is light and there is a smile on my face. I enjoy going out in the mornings to feed the calves, then going to meet a client or working on the laptop for most of the day, interrupted by sending orders and having a late breakfast with my husband.

I now feel like I am one of the luckiest people in the world – I have a great husband (even if he is a workaholic), two absolutely amazing children, we’re all healthy and although we work hard, we have the ability and the scope to work. Life is good and that gives us plenty to celebrate.