Twitter has been throwing up some great farming hashtags lately. There’s been #datingafarmer and #FiveWordsToRuinADateWithAFarmer and last night the #marriedafarmer hashtag took off. Considering I use #marryafarmer for my book, I just had to get involved with lots of tweets!

Here’s some of the best of the #marriedafarmer tweets:

#marriedafarmer And now have to plan getting pregnant around lambing, harvest and other key events of the year! ? The Wilcocks (@ISOTheGoodLife) January 18, 2015

@IrishFarmerette On first visit to farm was greeted by his father who said “Well you’ve grand small hands for lambing”. #marriedafarmer

#marriedafarmer when planning a family, baby must not be born lambing or calving time…… 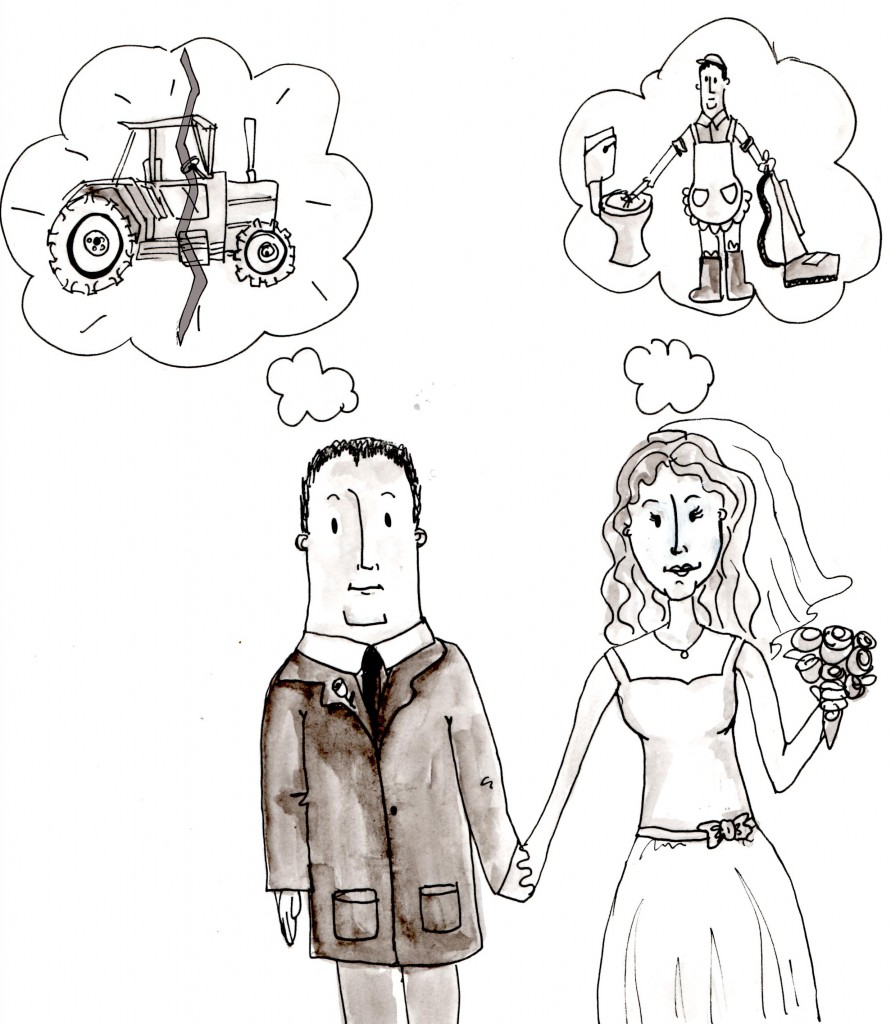 #marriedafarmer & waited 27 years before a new kitchen was even considered..

#marriedafarmer Thou shalt not talk during the weather

#MarriedAFarmer When the kitchen table doesn’t actually resemble a kitchen table, but does look a bit like a post sorting office…

#marriedafarmer A man is winking at you and you think you are getting chatted up but he is really trying to buy a pen of ewes at a mart..,

#marriedafarmer …and discovered driving the scraper tractor is only fun the first time….

#marriedafarmer …and discovered its best not to think about where their hands have been…..

Okay, you can tell I enjoyed them – there’s quite a lot of favourites. You’ll find more by checking out the #marriedafarmer hashtag. Enjoy!

2 thoughts on “Married A Farmer? You’ll Enjoy These Tweets”