It’s been a busy few weeks – putting the finishing touches to the little book for ‘Mayo 200’ to mark the 200th anniversary of our church. It ended up being 18,500 words over 68 pages with photographs dotted throughout. 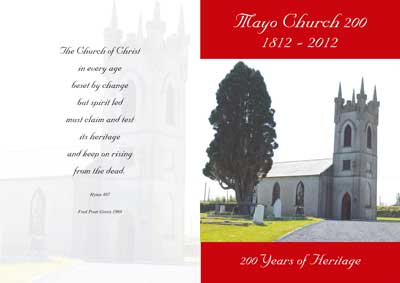 The children acted out their play during the service too and it received great praise. Inspired by the visitations that Scrooge of A Christmas Carol received, 3 rather rebellious teenagers shelter in a deserted church and are visited by past and present parishioners, including Leeson Neale who died in 1964, Lord Galmoy who died in 1860 and his aristocratic neighbour Benjamin ?Edge. 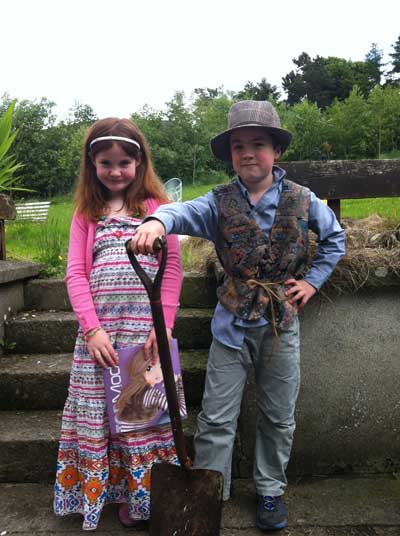 Will acted out the part of the Sixsmiths who moved up to Crettyard in 1948 and were somewhat perturbed by all the rushes and poor land while Kate acted herself, being totally confused by all the intermarriages amongst the families in the parish over its 200 year history. It ended up being 15 minutes long and everyone seemed to thoroughly enjoy it, laughing in the right places! 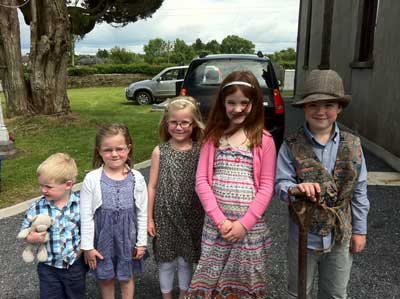 Would you believe that the blond girl beside K is 3 weeks older than her! I only realise how tall K is when I see her beside her cousin – it’s getting to the stage we need to put a stone on her head! When they were 4, K was furious that her cousin was going to be 4 before she would be and only relaxed when she started school at 4 whereas her cousin waited till she was 5. ?Are second children supposed to be extremely competitive?

By the way, if you’re wondering how come my sister’s children are all so blond, my dad, sister and brother are all very blond as are most of the Sixsmith. I take after my mum in colouring and our kids are very much a mixture of myself and Brian.