It’s mid January and the advantage of going away on holidays early in the year means that the first fortnight of the year has flown by and the disadvantage is I feel I’ve loads to get done now before calving starts around 4th February. This week hasn’t had as much farming in it as I’ve been catching up on other things.

Getting Farmer on Holiday

I’ve had the most relaxing time though – all proved by the fact that the most ginormous cold sore erupted on my lip on day 4 of the holiday. I usually get a cold sore once a year, about two weeks after the Ploughing Championships proving that I’ve been highly stressed and the cold sore comes out as I relax and recover. I thought I must be adjusting well to stress when there were no tingles on my upper lip in early October. However, it’s now clear that I must have remained stressed during October, November and December (honestly, the cooking for 12 on Christmas Day was relatively stress free in the end, all went swimmingly and I was very proud of myself). It was only the holiday with nothing to do except eat and read, that made me relax enough to get the dreaded coldsore. I wasn’t even expecting it so never noticed the tingle so by then, it was too late to try and treat the blasted thing. 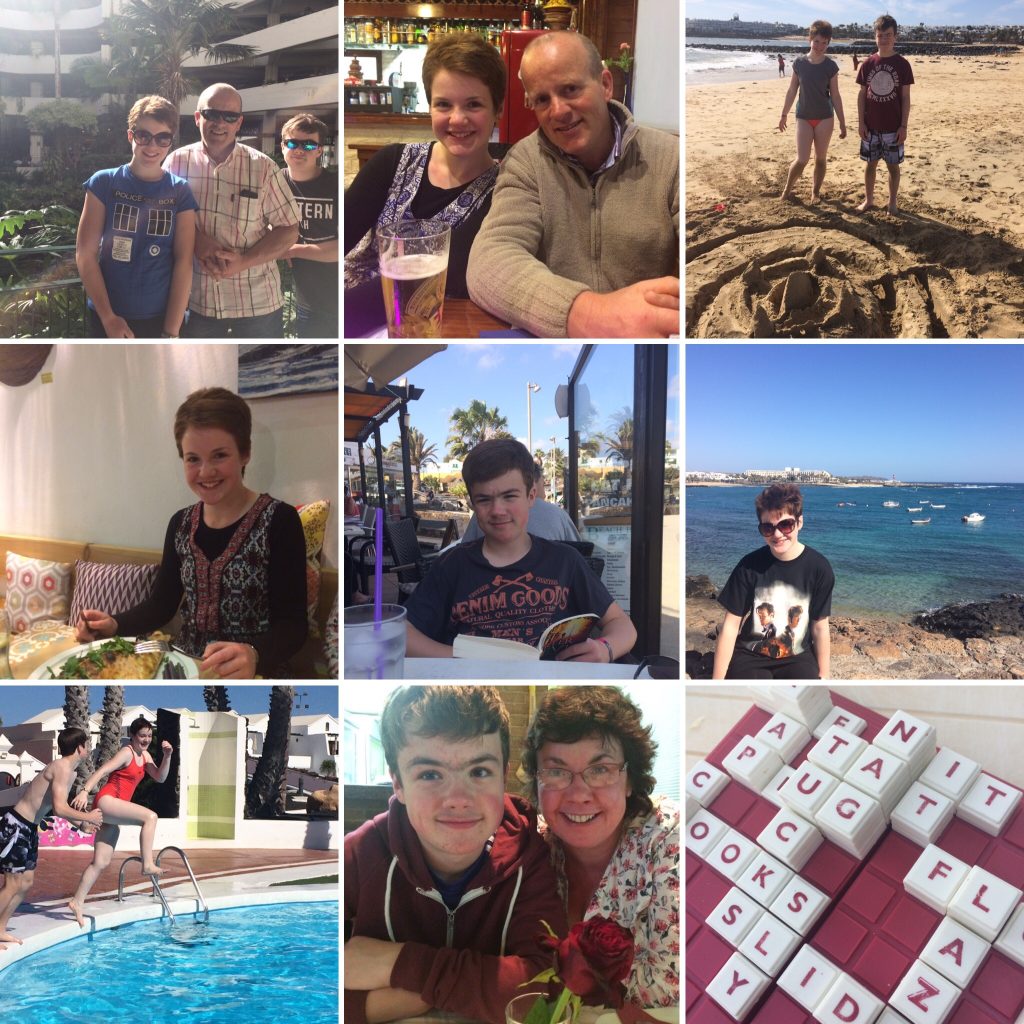 Going on holiday is getting easier though. The excuses of “there’s too much work to do”, “x will never manage it all”, “what if xx happens when we’re away” aren’t being heard as frequently and indeed although I did hear “We can’t afford it” which was very true but my response was “We can’t afford not to have a holiday”. By that I mean, the memory of going through a calving season in 2014 without having had a holiday still makes me groan. Apart from the physical rest, we find the break is great for rekindling enthusiasm and getting the planning section of our brains going again. We’re getting boring in our old age as we’ve gone to the same place for the last three years but the kids love it, the apartments are really nice, there’s a pool on our doorstep and it’s a 5 minute stroll to the sea. We did look for alternatives this year but then gave up and went back to the tried and trusted. It was my laziest holiday yet, I didn’t even go cycling. I read books, I strolled, I ate, I played Upwords, I paddled, I helped with some sandcastle building and came back feeling great – apart from the aforementioned coldsore of course.

There’s big excitement in the next few weeks! We’ll be making such big decisions as what type of calving gate to install in the calving house, what kind of calf hutches to get (as want to get a couple to try), and what colour I will be painting my hall and landing. There’s also the accountant to see, our annual AGM to hold (this is Brian and I treating ourselves with lots of time to make plans for the year, yes, lots of tea and chocolate) and to make sure all the paperwork is up to date before things get busy on the calving front. Oh, and work out how to pay the credit card – that’s always entertaining at this time of the year after Christmas and our annual holiday.

Along with four other organisers, we launched the South East Women in Farming group last night with a panel discussion (Panellists were Helen Carroll of Ear to the Ground, Claire McCormack of Farming Independent, Catriona Murphy of Farmers Journal and Eric Donald from Teagasc) on “Agricultural Media and Farm Women”. There was lots of chat about why women aren’t represented so much in the media, what the group is going to offer and we heard great stories from women in the audience too. 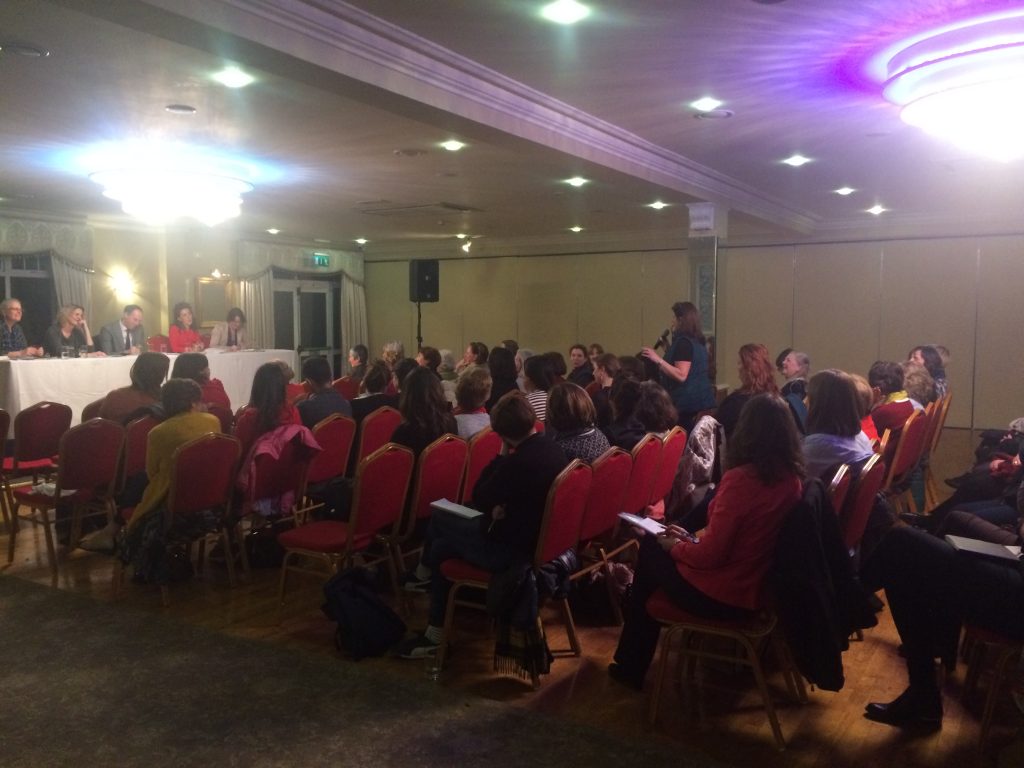 As Helen Carroll said in reply to a question as to whether the formation of a women’s group will polarise men and women (as the other groups are male-dominated), we’ve no choice but to have this group. It may last for decades or it may only last for as long as it’s needed in that some of its main aims are to encourage knowledge sharing, empower women and raise awareness of what women do on farms. As one panellist mentioned, women have to put themselves forward if they want to have roles within farming organisations and hopefully this group will help them with that.

In other news, the NFU (National Farmers Union in the UK) Countryside Magazine did a 3 page feature on me and my books! I’ll let you know when it’s available to read online if you haven’t got access to a copy. So I’m just a teeny weeny bit chuffed about that. Huge thanks to Kate Chapman, freelance journalist, for interviewing me.

I’ve also been interviewed for my thoughts on the differences between self-published and traditional publishing, how to get your books into bookshops and my biggest self-publishing mistake to date – over on the Books Ireland magazine blog.

I’ve lots of writing projects planned for 2017, some will be completed this year, some may spill over into 2018 but I’m really exciting about writing a book on a girls boarding school (research based – non fiction), making decent inroads into a novel, and numerous short stories. I’m also thinking about two short nonfiction farming books too and have made a start on one of them. Holidays are great for getting the brain cogs whirring again!

By the way, it is my intention to try and write a “my farming week” each and every week, sharing the good, bad and ugly about what’s going on here. I started it last year but stopped when the pressure to meet my self-inflicted deadline of publishing An Ideal Farm Husband kinda intensified! Wishing you all the best for 2017 too, Lorna x