Things are happening in threes again and while they’re not good, they could have been a lot worse. You can’t open a farm paper or pick up a farming leaflet without seeing something about farm safety lately and while of course, it’s good to get the reminders, the worst reminder of all is when we read about a farm death or even worse, it happens to someone we know.

The problem is that many farmers are under time pressure to get work done. Due to lack of time or money, they might be putting off getting in new safety features such as drafting gates or a holding gate in a calving house. What I have found most useful in terms of making us more safety conscious and preventing accidents is learning from the accidents that have happened. A man in his forties lost his life when up on a shed roof, he fell through a “window” that had been painted over. When Brian was repairing a shed roof, he piled up accumulated dung in the shed so it would break his fall if he fell. And when he did fall from a ladder, the six feet of piled up dung saved him a broken hip or leg! 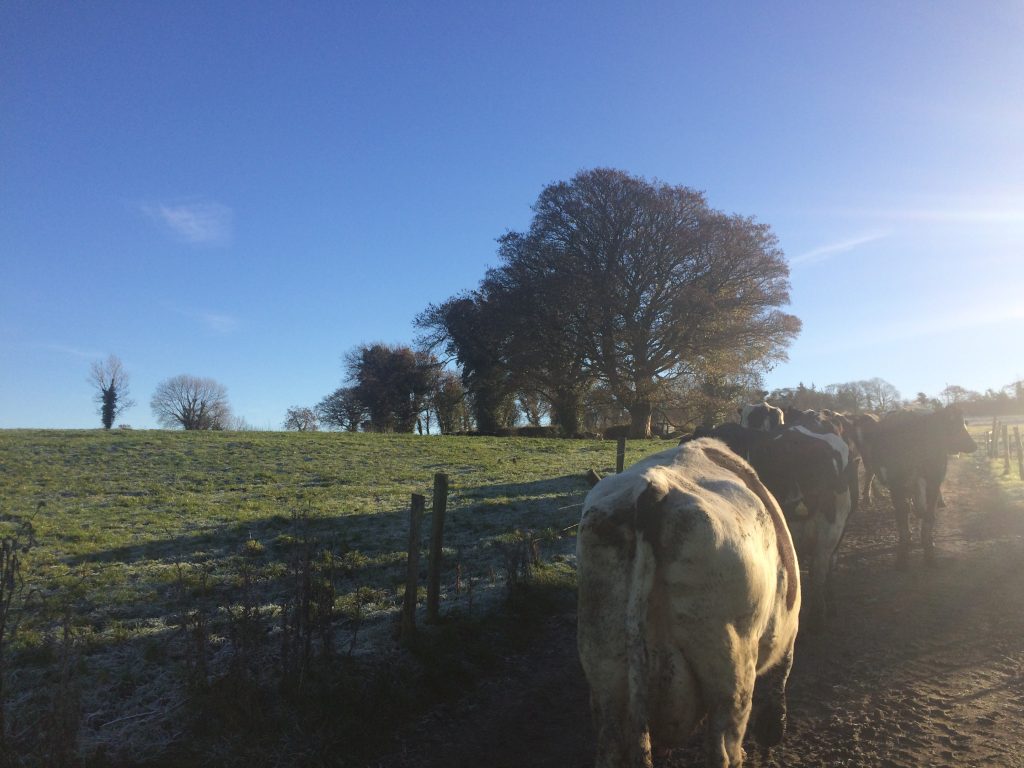 The cows are in now day and night since Sunday but when out for the last month by day, they came in around 3 or 4pm and ate baled silage on the way to the milking parlour. One day I was late letting them in and they were queuing at the gate waiting for me. I had to push the gate inwards so although they obeyed my shouts to get back, I should have persevered and ensured they were back far enough for me to open the gate back fully. Of course, a gate that is hung properly would have helped too. It’s an old bockety gate, it’s been there for years and years and I can’t see it being replaced anytime soon. I had it half open and a few cows were coming out in single and double file when the end of the gate caught on a cow’s hip and she pulled it towards me. Somehow I stumbled backwards and fell with the gate landing on top of me. My only fear was that the cows would continue to walk through the gateway, stepping through the gate and over me. As I was shouting “get back”, the pup proceeded to lick my face thoroughly. I don’t know if she was checking that I was alright or whether she was taking advantage of the fact that I was horizontal and at her level. Anyway, the cows  kept their distance until I got the gate righted and fully open. Plonker! 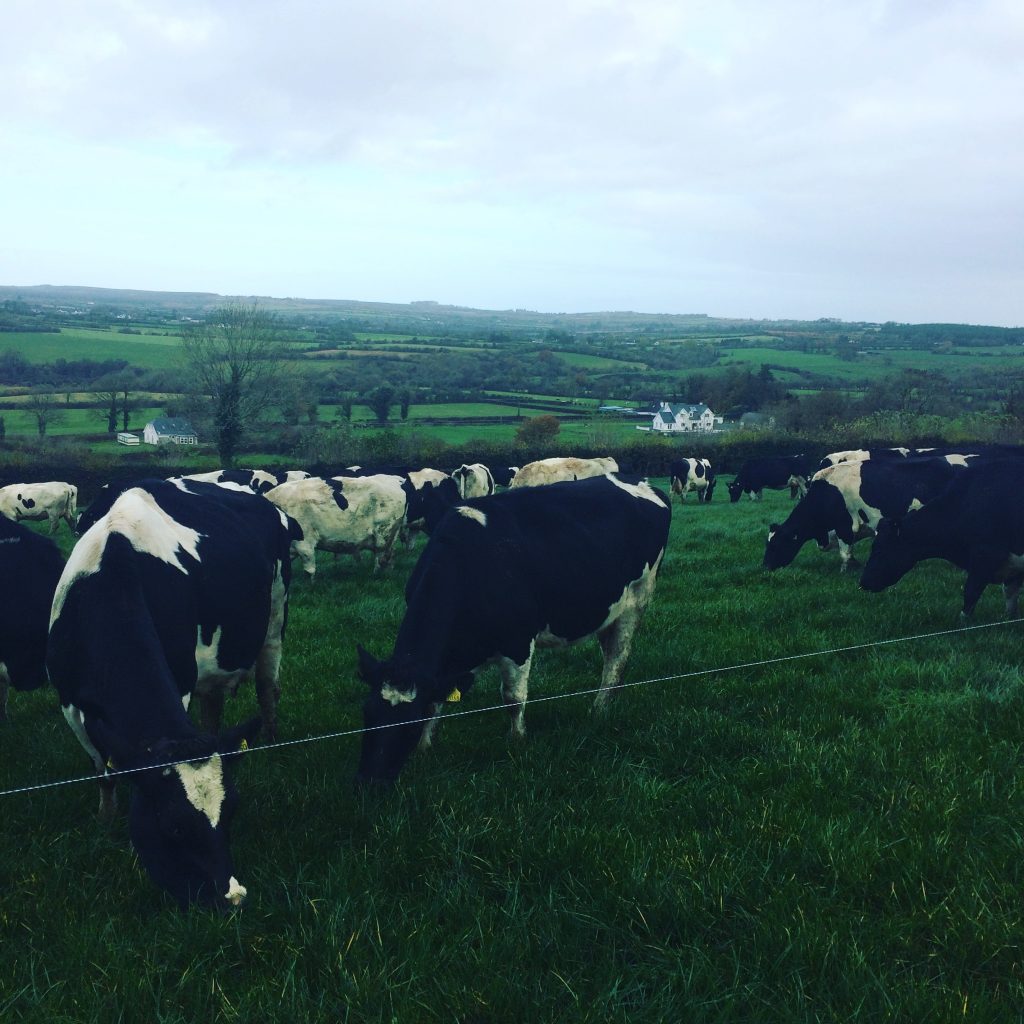 Brian had the next accident and it was just one of those things. It was one of those really windy days and a gate hopped off something (yes, I guess if whatever it hopped off of hadn’t been there, it may not have happened) and banged back into his face, breaking one of his front teeth. It’s broken all the way up (it would be his good tooth and not the front tooth that already has a crown) so the dentist stuck it together for now and filed down the sharp edge. €2K thank you very much for an extraction, temporary bridge and permanent bridge.

Brian was climbing up into the tractor one day and somehow, he lost his footing and fell against the door which resulted in all the glass shattering into tiny fragments. He fell on top of all the tiny fragments! Apart from a bruised hip, he wasn’t hurt and was more annoyed at himself regarding the ease with which it happened. The insurance covered the cost of replacing the glass. Then, last week, he was standing up in the tractor to open the door and get out and on doing little more than his foot touching off the glass, it all cascaded into tiny fragments again. Crazy that this had never happened before and then twice in as many months. Luckily the insurance covered it again but I hope it doesn’t result in an increase in the premiums next year.

I think there are so many ordinary everyday tasks that can result in accidents that it’s almost ridiculous how easily things can happen. One of my cousins was standing on a chair to change a lightbulb and on falling off the chair, ended up breaking his leg! All we can do is use common sense and get into the habit of thinking through potential hazards. Yes, life is a constant risk assessment when you’re farming and unfortunately, if we take a gamble, we don’t always get away with it. Yes, I will ensure all the cows move back so I can open the gate fully first in future! Things are happening in threes but these three things could have been a lot worse.

2 thoughts on “My Farming Week: Things Happening in Threes Again”