I promised my daughter we’d make a rainbow cake for Easter like this one from Pinterest and when we saw it on the front cover of the BBC Good Food magazine last month, we had to buy it! 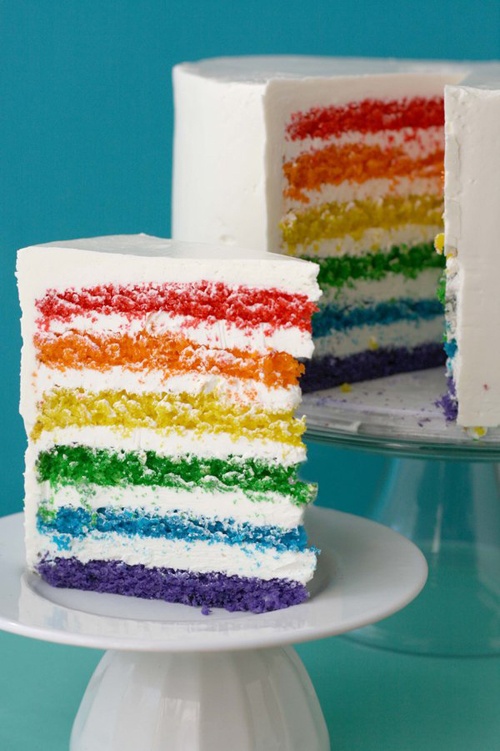 The embed code on the new look Pinterest wouldn’t work for me but here’s the link for this rainbow cake.

We didn’t get to make it for Easter as being busy decorating, cooking a dinner was enough! We made it on Thursday, having made a beef pie and a rhubarb tart and rather than following the rather complicated looking recipe in the magazine, we made double the recipe for a Victoria sponge, added a cake colouring to each quarter and baked. 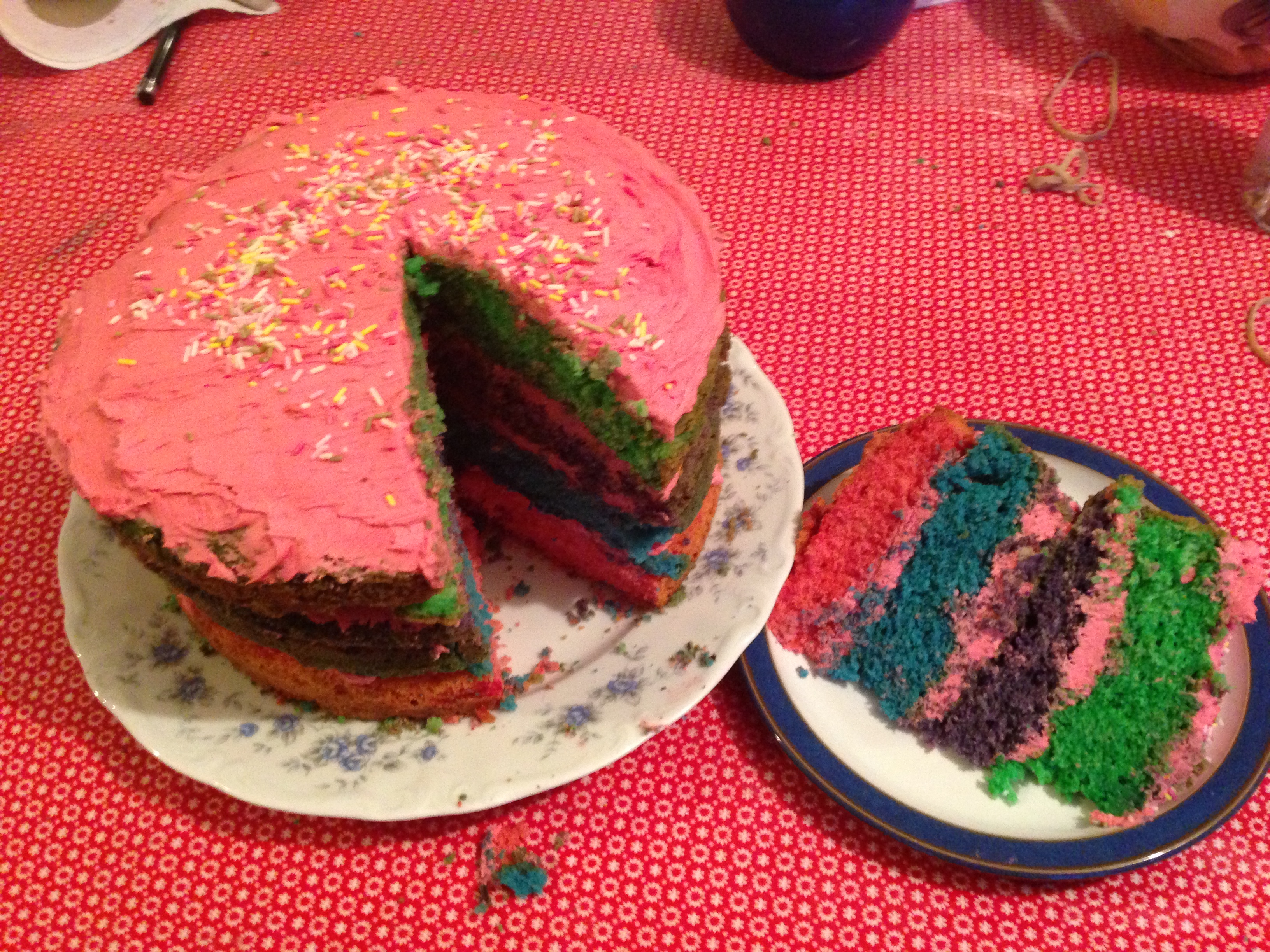 I wasn’t too precise when quartering it so the cakes weren’t of equal size but my daughter was very happy with it. We just need sunglasses while eating it and it almost looks too big, we feel full before we even cut into it for a slice – perhaps it would be good for a diet!! I didn’t even get to tidy the table before I took the photo – was rushing out to feed calves!

She insisted on bringing a slice in to her teacher this morning although I tried to persuade her that it was no longer at its freshest and to wait till we made another but off she went, proud with her slice of cake in a spare lunch box. I did think it was lovely though, she loves bringing her in little gifts like flowers from the garden occasionally.