Do people amble and relax and meander as much as they used to? Do we meander and daydream and stare into space as much as we should? Mobile phones are great but they mean we are never bored, not bored enough to daydream. I know that if there’s a ten-minute wait when I’m collecting my teenagers that I spend the few minutes checking twitter or sending an email or making a phone call or reading an article. If I’m waiting for them for longer at something, I do read a book for a while but I know I spend more time than I should on social media. Research shows that daydreaming is good for children’s creativity. I know that my best ideas for my books have come when I’m doing repetitive work such as feeding calves or ironing. But do I, and do others, get as much ambling or daydreaming time as we should – because of having mobile phones with us almost all of the time? 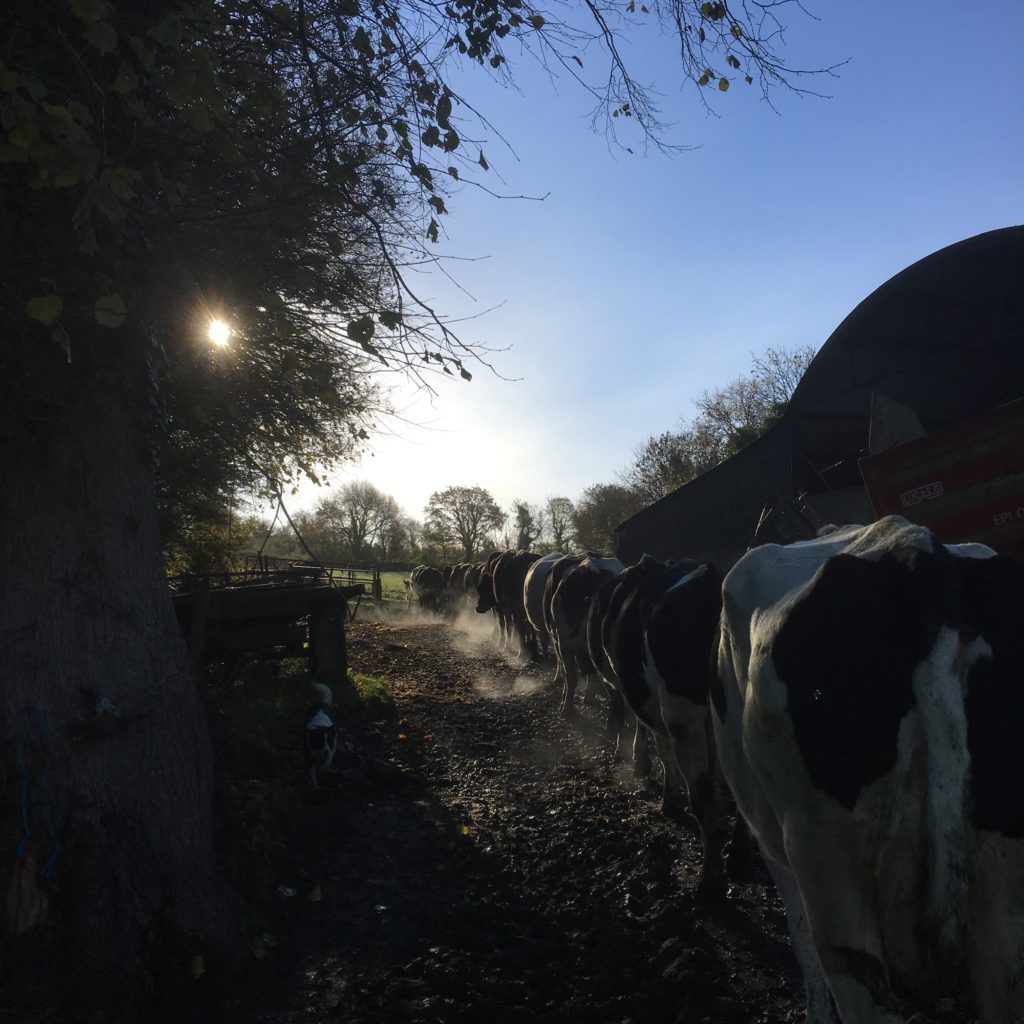 Cows going out to the field in early November 2018

One of my favourite jobs is bringing in the cows to be milked. I never mind if they are in the furthest fields, even if it can take over half an hour for them to walk to the milking parlour. The cows stroll along in that confident yet lackadaisical way they have of ambling when relaxed. My dog Lou walks from side to side behind them along the lane and then the cow track, not hurrying them but making sure they stay moving. Cows have an average walking speed of 2-3km per hour but can walk up to 4.5km per hour. Of course, if they see a gateway open and you don’t want them to go through it, they will speed up and if you decide to run, they can outrun you effortlessly. 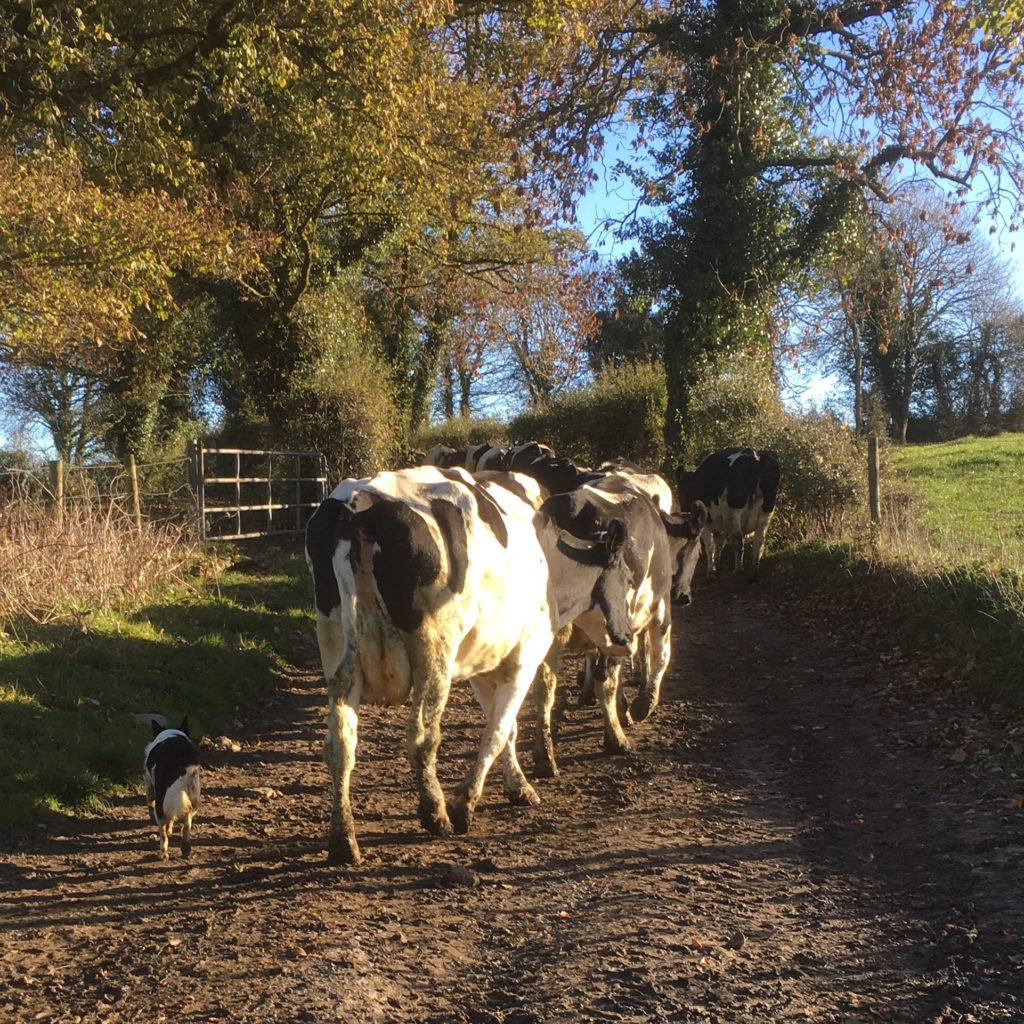 Letting cows take their time is important. They walk with their heads down, surveying the ground and deciding where to place their hooves. If the ground has sharp stones in places, they will have to adjust their stride or they will pause for a moment, causing delays further back. If they are bunched too tightly together, they have to raise their heads so can’t observe the ground conditions.

The least dominant cows tend to be at the back. If they are pushed on, they won’t pass the more dominant cows but will bunch up. This won’t result in them walking any faster but may just cause them stress. I like to think that they daydream too as they meander along. 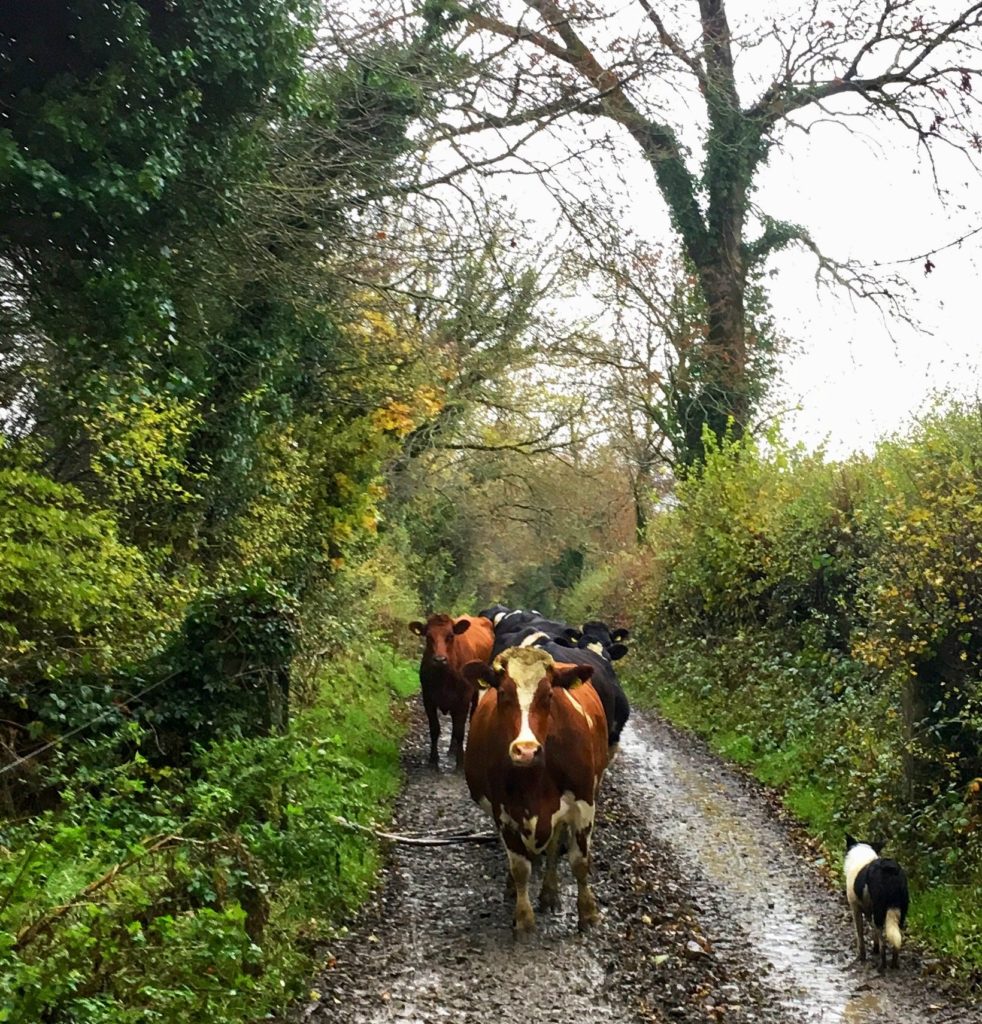 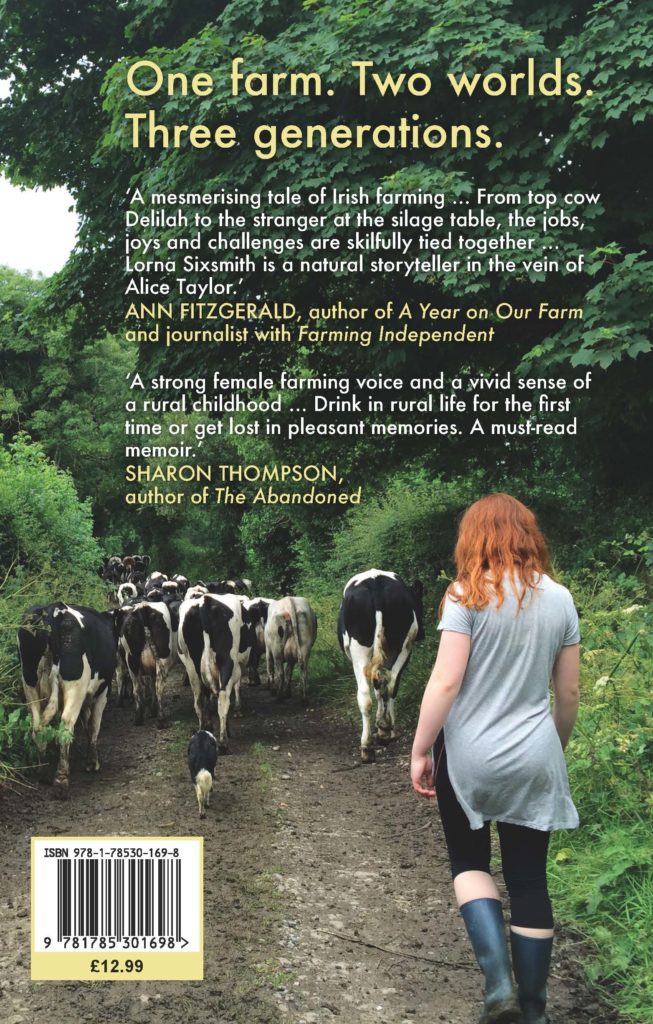 Do I use my phone when meandering along behind the cows? Well, I do use it to take photos but otherwise, I tend to just stroll along enjoying the smells of the honeysuckle from the hedges, hearing the birdsong, watching the cows, admiring the scenery and yes, daydreaming. I don’t have time to go to a spa. I don’t think I have the patience for mindfulness or meditation. But once a day, I have to slow down and amble along, which forces me to relax. Not a bad thing at all.

The young generation like it too. I was delighted when my publishers decided to use this photo of my daughter strolling along behind the cows along our country lane. It’s on the back of my book Till the Cows Come Home.

It’s got to be one of the huge perks of dairy farming, being able to amble and think about nothing when working and knowing it is good for both you and the cows.

What’s the biggest perk of your job?