I’ve just realised it’s about time I provided an update on the book – just in case people were wondering 🙂 ?All is going to schedule. I’m still editing and am glad I have a deadline soon or I could edit for ever and ever. ?The front cover is almost ready and the illustrator is also working on fun black and white illustrations for the interior too. I’m calling to chat to the printers in more detail on Friday and get to grips with their formatting expectations amongst other things. It will be ready for the end of November. ?I’m really enjoying writing it and in many ways, wish I had more time to just devote to it without interruptions. I’ll be glad when the blog awards is over this weekend as it’s been a busy few months with it. It seems like it was even more time-consuming than last year but it will be a brilliant event and the finalist judging finishes tonight and it has gone well.

I went to Carlow mart today. I wasn’t happy with a short section of the book that deals with Irish marts and although I’ve called to Kilkenny mart on occasion, I felt I needed to sit amongst the crowd and really observe for a while. 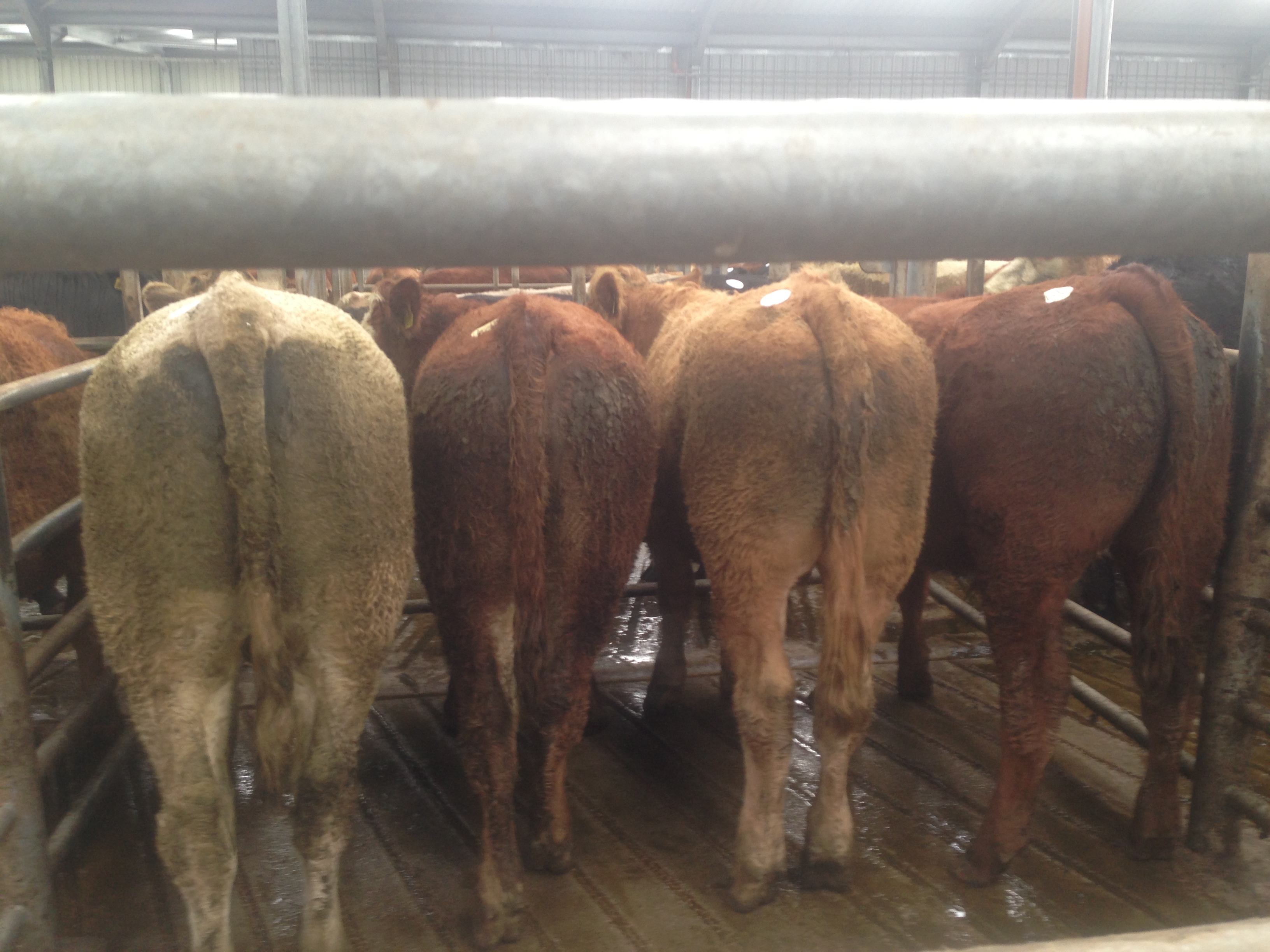 Now, if I had wanted to be circumspect about it, I should have gone to a mart fifty miles away but between not having the time and wondering if someone would know me there anyway, I decided to head in. 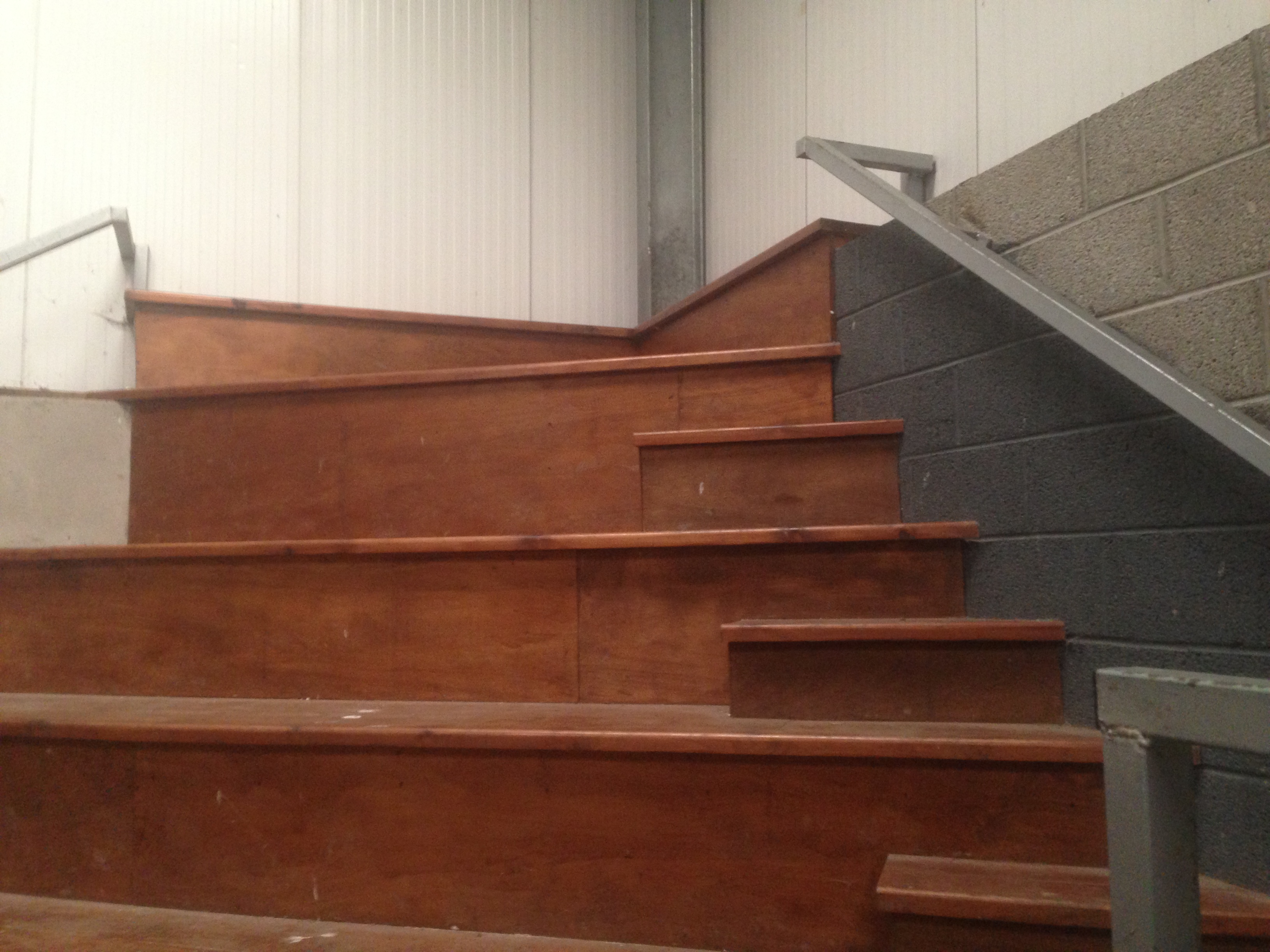 Tiered corner seating at the mart

Naturally enough, the first person I meet is a neighbour who proceeds to try and work out what I’m doing there. I was sitting on one of the corner tiered ledges (so I could get a good view) and ended up being almost barricaded in as the room filled up.

Despite the fact that I was only one of three women at the mart amongst about 60 men in the auction room, I didn’t seem to attract too many glances even though I wasn’t really in farming attire (as going clothes shopping afterwards – needed an outfit for the blog awards next weekend). Now, that could be down to my advancing age or the fact that they were more interested in the cows on sale – I’m not sure which is the best option! 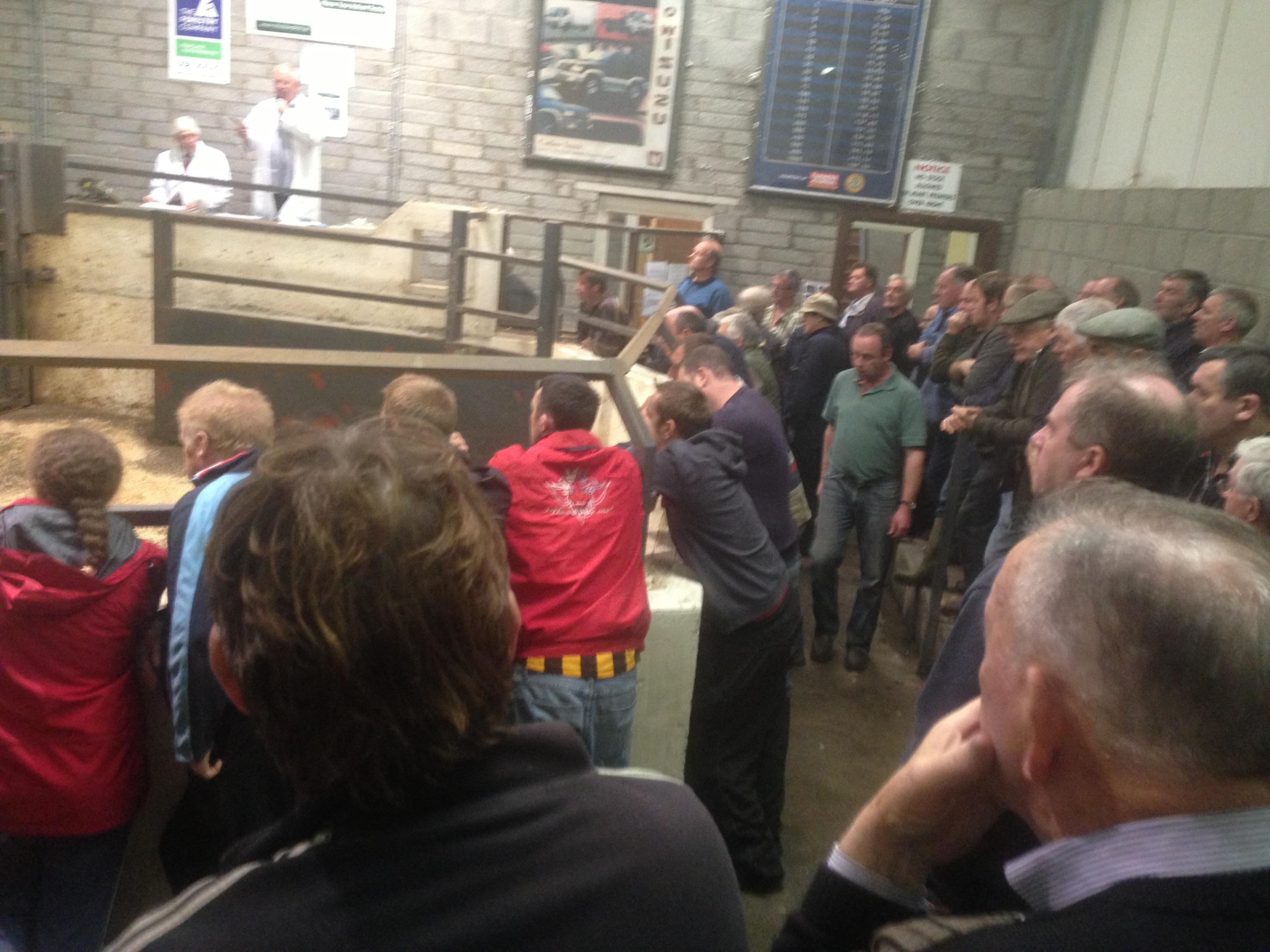 Feeling barricaded in from my perch

I couldn’t tell you what the trade was like – I find auctioneers really difficult to understand and between analysing the various farmers there and working out how I was going to clamber down from my seat without the risk of going ass of tip, my mind was fully occupied. There was one man there who was very well turned out – smart jeans, crisp shirt and a Barbour (or faux Barbour type) jacket. I was tempted to ask him if he actually was a farmer. ?It is amazing how so many farmers go to the marts so frequently. My neighbour was telling me he goes to 3 or 4 every week (he is almost retired) and it really is his social life. He was telling me I should go and not be tapping into the phone all the time, converse with real people! 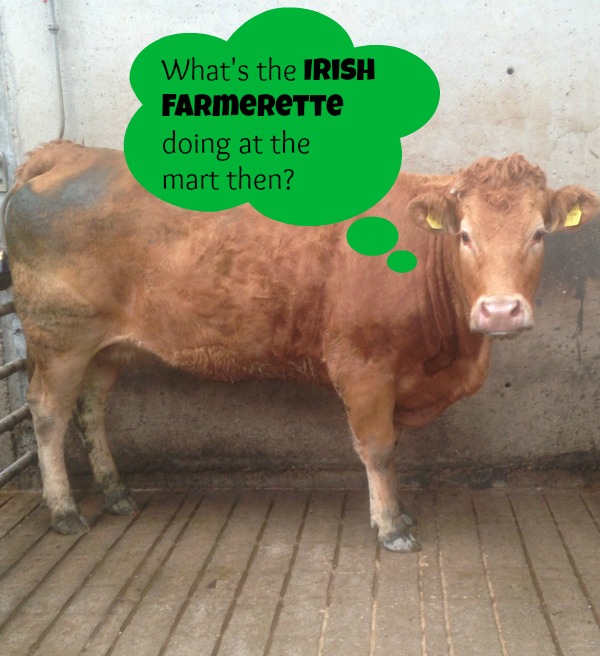 Older farmers were wearing brown or black ‘sports coats’ the type of suit jacket, checked cap or trilby and their walking stick doubled as a cattle stick. Farmers in their 50s and 60s were well turned out in the main – crisp shirts with blue or brown jumpers, hair was cut short and they were generally shaven – you could spot the “I’m married” ones. Younger farmers tended to be more casually dressed – T’shirts, poloshirts and jeans, a couple of days beard and in need of a hair cut in many cases. It made me chuckle thinking of how Brian will shave before he heads to the mart. In the springtime when he is selling cows and we’re in the throes of calving, it might have been a week since he last shaved so he would look very scruffy otherwise. And yes, the hair would often need a cut too.

After I managed to squeeze out between a tractor and a car in the carpark (everyone seemed to think that everyone else was there for the day and would all be leaving at the same time – parking was so haphazard) I headed into town to get an outfit for the blog awards next Saturday night. It is cabaret theme. I was successful, thank goodness because I hate shopping for clothes when I have to find something – photos coming up next weekend!

I’d love to know – do many women go to the mart / auctions where you live?