Valentine’s Day is coming up and as happens on most dairy and sheep farms, it happens smack in the middle of the busy calving and lambing season. The second and third week of February are usually our busiest week with our record being 12 calves in one 24 hour period – by the time the calf is delivered, ensured that it has received colostrum, been trained to drink from an artificial teat or bucket and that’s been done twelve times, there isn’t that much time left for romance. ?Many may argue that Valentine’s Day is mostly just for hopeless romantics and Hallmark but I think days like that remind us to make an effort to be romantic at a busy time of the year, even if it is a bedraggled bunch of flowers three hours late! 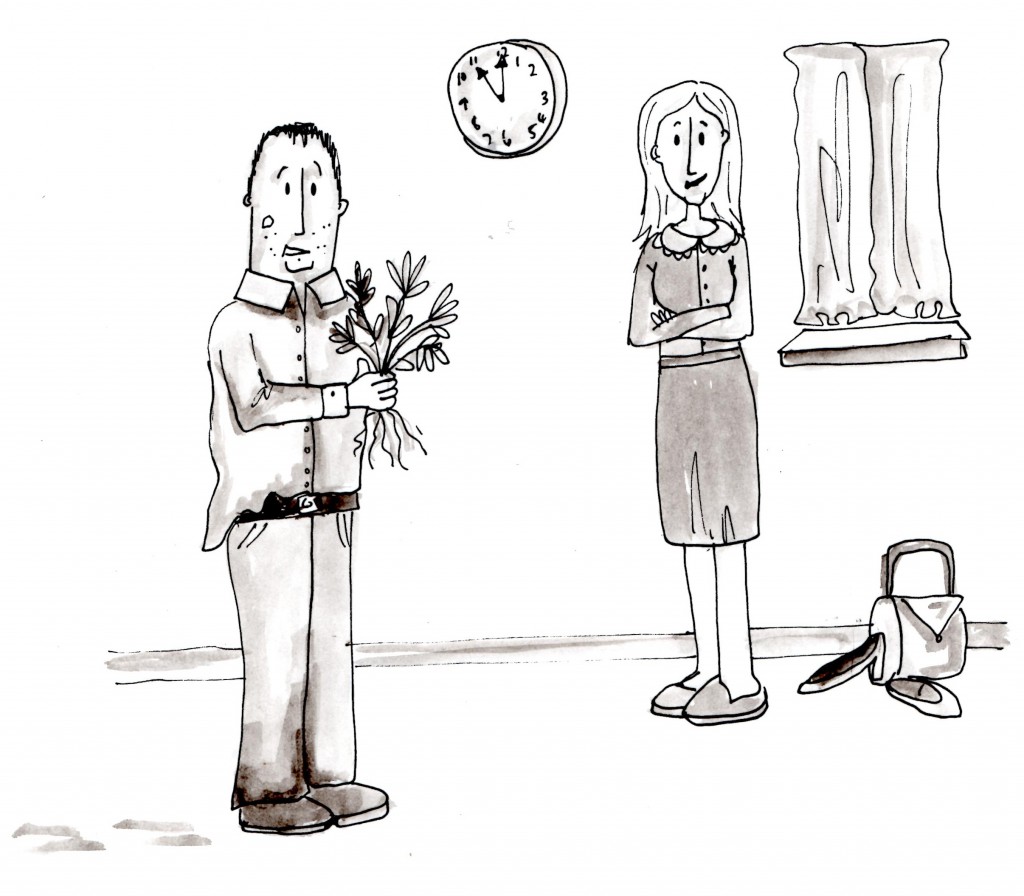 There’s often a local annual dinner dance on the Friday night that is nearest to Valentine’s Day but we rarely make it to it, there’s usually something calving or threatening to calve. ?The kids usually make cards in school so they are displayed! To be honest, I’m pretty impossible to buy for – I’d prefer a good book to jewellery and I rarely buy perfume etc. Just as well I’m happy with a bunch of flowers from the garden – that is if the spring is mild and the garden is boasting some early daffodils or Christmas roses!

The farmer brought his mother shopping the other day and spotting a pair of nice warm pyjamas in Edinburgh Woollen Mills, he bought them for me! While I was appreciative of the new PJs, I did joke was that my Valentine’s Day gift and although he didn’t nod, I know it probably was!

As I state in my book, celebrating these special occasions when married to a farmer can be pretty tricky which is why I recommend ensuring the wedding anniversaries are going to be held during one of the quietest months of the year! ?Apparently now is the busiest time of year for online dating sites as people decide to make the effort in the new year to meet someone special – I wonder is Valentine’s Day a popular time for marriage proposals. My book has been used as wedding props, hen party props, stag party props and I’d love to hear that it was used as part of a marriage proposal. I did receive requests to write messages on the book that made me wonder but haven’t heard of any yet 🙂

What do you do for Valentine’s Day? If you are married to a dairy or sheep farmer and manage to include some romance, do let me into the secret of how you do it!