Did you see the RTE programme ‘What’s Ireland Eating?’ last night, first shown here in May and back again. Borne from the book ‘Basketcase – What’s happened to Ireland’s Food’ by Philip Boucher-Hayes and Suz Campbell, Philip was the presenter on the programme, seen interviewing farmers, the general public, supermarkets, butchers, food processors and more to show how the supermarkets are enticing people into their shops with loss leaders, that the producer of that special offer is the one who takes the hit, how people just don’t consider the origin of their food. ?There were many scary statistics about the meat – particularly the countries of origin of chicken, the length of time it can take to get to us and the amount of salt and water and other unmentionables that are pumped into meat to make it last longer and look more appetizing to us. 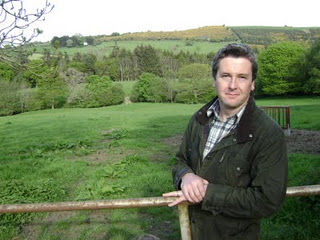 What does this mean for Irish farmers? Well, with the costs of feed and electricity and diesel increasing, if the price for their produce doesn’t increase, many will go out of business. ?As supermarkets have such a monopoly on our buying, they have huge control regarding what the pay the farmers and I’ve heard on more than one occasion of farmers going in to be paid and if they are owed ?8,000, they have to take ?6,000 if they want to supply the supermarket in the future. Talk about being over a barrel! ?The programme didn’t examine Lidl or Aldi in detail but apparently as they take a lower margin on their products, they do pay the farmer a fairer price and pay what they say they will. I have noticed Aldi having a ‘5 veg/fruit special’ recently though and wonder who takes the hit there – Aldi or the producer?

Seeing chickens flying around on conveyor belts in a Monaghan factory was one thing, hearing about chicken breasts being sent from various countries to Holland where they are then packaged and sent to Ireland, amongst other countries, was somewhat scary. ?When I was at the butchers about a month ago stocking up on beef and lamb for the month, I asked where the chicken breasts were from and now I understand why they were from Holland! I left them back! ?The programme also concentrated on Irish people’s intake of processed food, how so many don’t question the origin of their food often presuming it to be Irish, and our increasing reliance on supermarkets for our shopping – partly due to lower cost and partly due to lack of time. ?It takes a lot longer to visit the individual butcher, baker and candlestick maker than it does to whizz around the supermarket, and as someone who whizzes around the supermarket on Monday evenings from 7-8 pm when my children are at beavers, I totally empathise with the time constraints but I think we should be supporting local butchers and bakers at the very least.

One aspect I felt they ignored on the programme and I can understand why was that they didn’t ask if Irish chickens were free range because the truth is not many of them are. We saw a farmer with 3 chicken houses in Monaghan and not one chicken was outside. The door in the house might be open ‘so the chickens can go out if they want to’. Apparently if chickens have access to the outdoors, they can then be deemed to be free range but not sure if that is accurate information. However, to compete with imports on price, farmers can’t afford the extra time that a chicken would require to fatten if it was allowed to roam outside more. ?Having fattened some chickens last year, we couldn’t let them roam the yard free due to the number of foxes close by.

You can check out their ‘Basketcase’ blog here. ?Actually, Suz rang me some months ago for an interview for an article on Irish farming for the Irish Times, I’m not sure if it was ever published but I don’t think I would have been included in it after all. One of the points she seemed to be trying ?to ascertain was if my business was supporting us, if we were making money from farming. ?We do have large debts due to buying land and inheritence so between the banks and the tax man there doesn’t seem to be that much left to us but I draw the line at saying that farming doesn’t deliver a viable income. For some farmers it won’t but that often depends on their levels of efficiency and the type of farming. ?Brian works extraordinarily long hours but I don’t think that is any different to many self employed business people out there in the current climate.