It’s been years since I’ve had a dog of my own, and I’ve never had a working dog who obeys me. When I was four, our cattle dog was killed on the road. Scared of storms, and the babysitter not realising he was normally allowed indoors during a storm, he ran off and was hit by a car. “Pupsy” was a dream dog. He brought in the cows when told to do so, he jumped into the boot and helped out on the outfarm when required, he lay under my pram when I was left out in the garden and didn’t allow anyone bar family or our workman to walk within three feet of me. 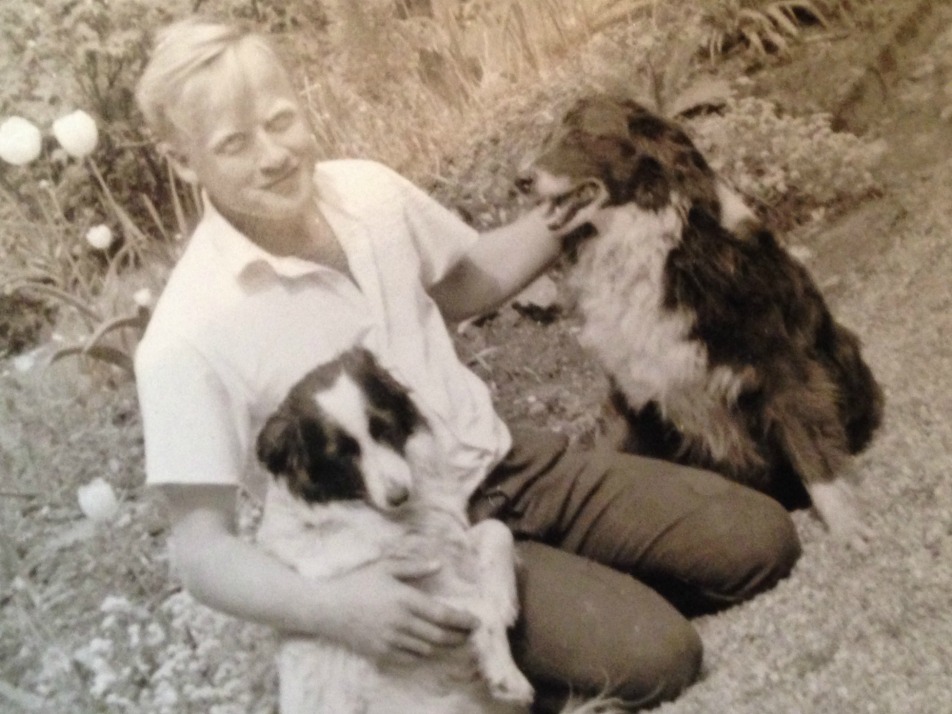 His brilliance became more apparent as we never had a dog like him again – for decades. We did buy a trained one-year-old collie once but he was killed on the farm. We had numerous useless dogs, who of course, lived for ever. Not that we wanted them to die but it seemed typical that the one that cost money was the one to go. There was another “Pupsy” whose mission in life was to chase cars and bark at the tyres. He never obeyed me when bringing the cows. He either made them go too fast (usually when the weather was wet and the ground was soft thereby causing damage) or refused to accompany me. We had Floss, Shep, Jess and a couple of others. My father always blamed the fact that “the children spoiled the dog” so that they preferred to stay with us than go with him to work. I suspect his lack of patience had something to do with it! 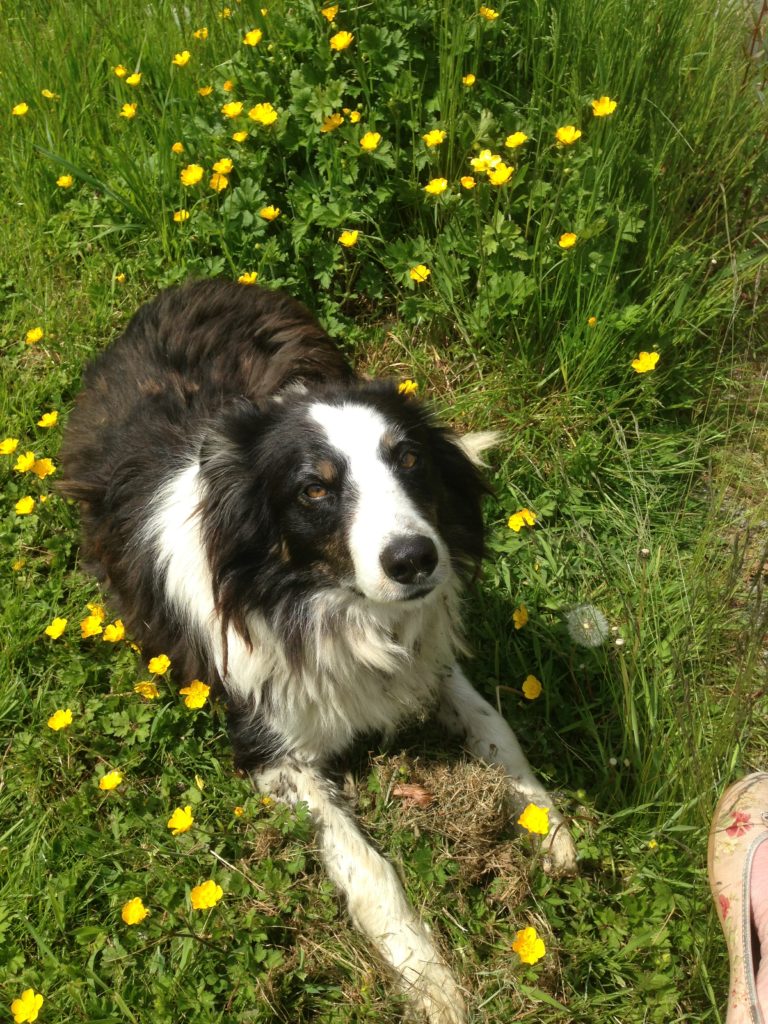 Ten years ago, we got a 2 month old pup from a neighbour. It wasn’t a planned pregnancy but the mother and father were both reasonably good workers. Perhaps because we got him in October, as it was heading into the winter months when the children and I weren’t out on the farm as much, and he was spending a lot of time with Brian on the tractor, Sam worships Brian – it’s complete adoration. This is great as he obeys Brian, well, as long as he understands what he wants. However, he only works for Brian. He does his own thing when he’s with me. Like so many farmers, he thinks he knows best and he’s not going to listen to this woman calling instructions to him.

He’s semi-retired now and chooses his jobs. He’ll come for the cows and wander around admiring the scenery and sniffing out interesting smells. If it’s a long way or the weather isn’t pleasant, he’ll prefer to stay in the haybarn lying on comfy straw. But if it’s a case of working with young stock, particularly young bulls, wild horses wouldn’t keep him away and he’s wonderful at loading cattle onto a trailer. Even the guys who bring our cattle to the factory always comment on it. Brian even says occasionally “there will never be another dog like him”.

As Sam was starting to slow up a bit, we decided we should look out for a second dog as if something happened to Sam, we’d never manage without a dog now. A neighbour was advertising pups in the local creamery so Brian and Kate went to have a look and came back with a four month old bitch pup. Sam didn’t know what to make of her at first as he hasn’t seen another dog for years but within a few days, they’d made good friends. Lou has been great for him actually, as they play rough and tumble together in the summer evenings. 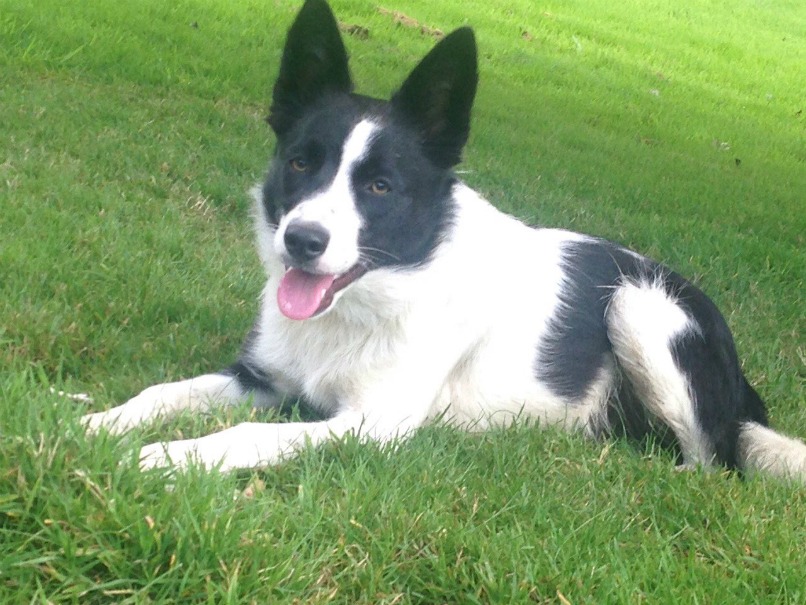 Lou is my dog. If Brian lets her out of the shed, and she knows I’m somewhere around the yard, she’ll race across to me. She follows my instructions, she responds immediately. She waits until I give her the signal to retrieve them, well, most of the time.If she’s racing off in one direction, convinced she knows where we’re going and I call her back, it’s funny to see her body rush into a stop, a mere split second after the instruction has reached her brain. 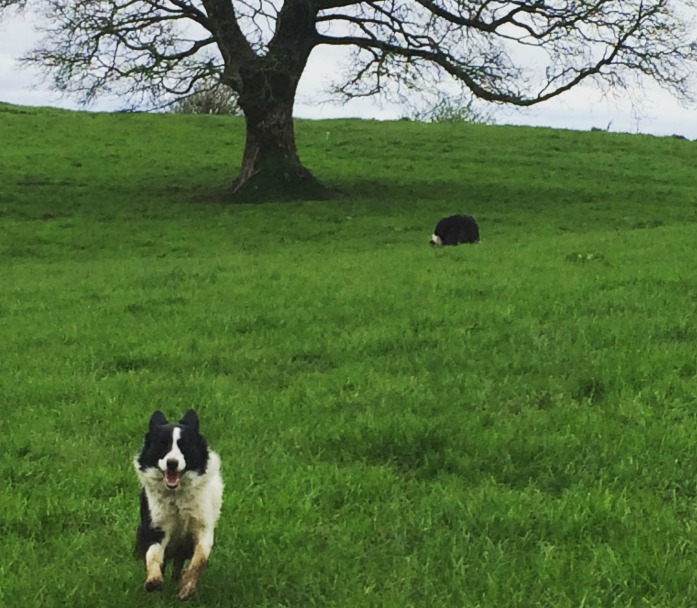 When I’m working at something such as feeding calves or moving a fence or picking blackberries, she’ll nose around entertaining herself but she’ll come over to me every now and then to check in with me. She’s great at bringing in cows, she’s not hard on them and will run to and fro across the back of the herd when bringing them in to be milked. She doesn’t bark at them yet (Sam was two years old before he did) so if a cow is in a world of her own and doesn’t realise Lou is there, it can be quite funny as Lou looks at me as if to say “what else am I supposed to do?” 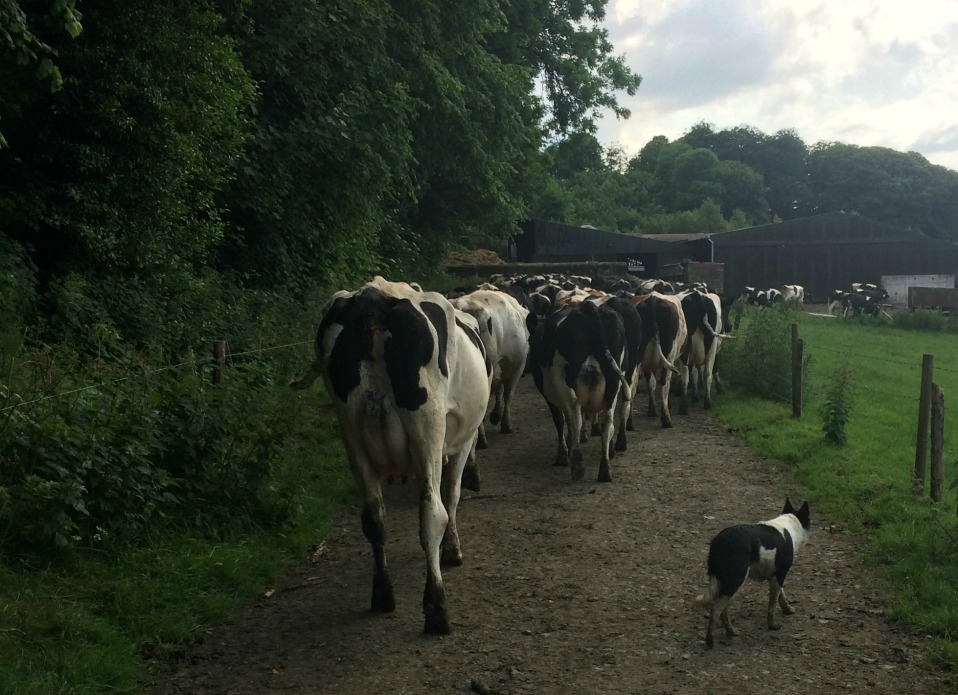 Farmdog Lou bringing in the cows

Brian has been caught out once or twice when he’s put a gate across which signals he’s going to get the cows from one of two particular fields and then got distracted by something. By the time he’s realised she has disappeared, she’s in the field and has the cows rounded up. She is useless at loading cattle into a trailer and is clueless with vehicles as she tends to go under them when they’re still so we have to keep a good eye on her. 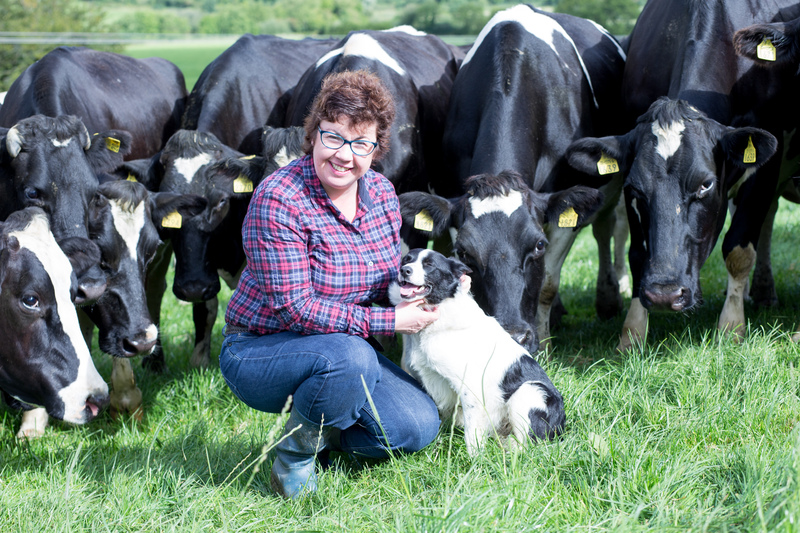 A farmer and her best friend

I recently had to move calves from one field on our outfarm to another. Brian said to me to bring the two dogs with me as the gateway was in the middle of the length of field so it wasn’t going to be easy but I felt that Sam wouldn’t obey me anyway. I just brought Lou and we were both chuffed with ourselves as we did it no bother.

What makes her a special dog? She’s always good-humoured, always glad to see us, always attentive. She doesn’t mind whether I chat or whether I’m silent – she agrees with everything I say. She’s got me out of a pickle on the rare occasion when cows were spooked or I left the wrong gate open! If I’m in the house during the day, she’s happier staying down around here than being off with Brian on the tractor – that suits him fine as having two dogs with him can be a bit of a nuisance when driving. She’s happy enough to lie in the scullery and will sometimes inch forwards into the kitchen if I haven’t spoken to her for a while.

She has her likes and dislikes. She likes blackberries and will eat the ones on the lower branches while I’m picking from the upper ones. Sam loves bread so she has to have a bit when he gets a slice as otherwise she feels left out but she much prefers meat. She loves a little bit of icecream, well, I’m sure she’d like a lot but she doesn’t get it. She is fixated on stalking the farm cats and loves when they run as she can chase them although she has been startled by new mother cats at times and has to turn tail and run for it. 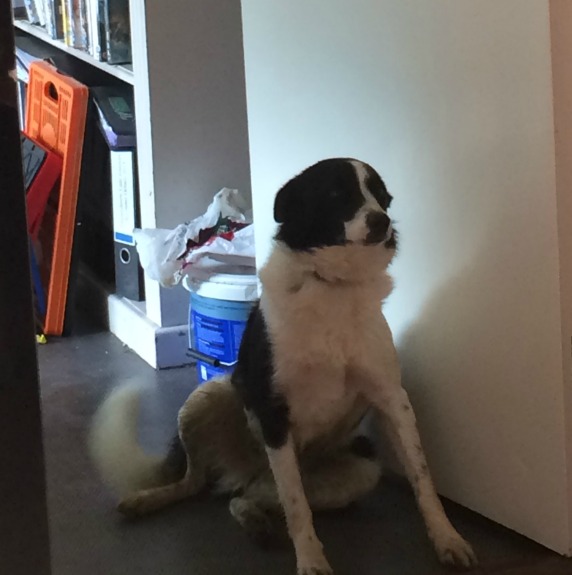 Is she my best friend? Well, who else will always be pleased to see me, will listen if I chat, be quiet if I want silence, obey me, understand my instructions, be my first port of call if cattle end up where they shouldn’t be, hear me when I call her, be very contented with just a tummy rub, will lie down and gaze at me lovingly for hours? Of course she is my best buddy.

3 thoughts on “Why My Dog is my Best Friend”