We keep hearing of China growing in terms of population and wealth – how so many more Chinese are introducing dairy produce into their diet, how they wish to emulate the Western diet, how the middle classes are growing and how they are spending more on ‘Western-type’ food products. Apparently two huge New Zealand farm dairies have been bought by the Chinese so they can supply to the growing demand for dairy. All sounds good for dairy farmers worldwide doesn’t it? ?Milk price increased by 2 cent last month and fingers crossed this will continue. No one knows what will happen come 2015 when milk quotas come to an end – what will happen to milk price, how much will it fluctuate? We all remember 2009 when the price went down to 26 c per litre if I remember correctly. Coupled with a really bad summer, it took a couple of years to recover financially. Last year was a terrible year weather wise but the milk price held which was something. 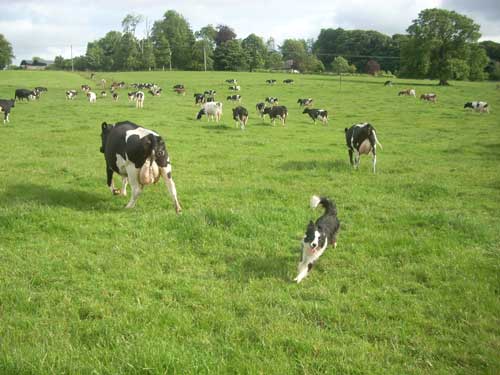 However, reading a small paragraph in the Farmers Journal last week alarmed me somewhat. Apparently many Chinese parents still don’t trust the producers of milk formula in their country (if you remember, babies died from the harmful products in the formula two or three years ago) and they are trying to buy tins of formula in Western countries such as Australia and Britain. I presume they are asking friends and family to purchase it and post it to them. British stores are now limited sales of tins of formula to two per customer to try and prevent this happening. ?Sales of tins which cost about ?10 per tin in Britain are selling for up to ?50 in China.

It beggars the question, why on earth are they not breast feeding especially when most families will only have one child? According to this article, the Chinese prefer a baby to be fat which may be a reason as bottle fed babies tend to be fatter. Less than 1% of urban Chinese breastfeed although apparently some experts say it is now as high as 20% though no figures are provided which makes it doubtful.

The fact so many Chinese, with there being such a huge population, bottle feed their children is probably good news for the dairy industry as the infant formula business is huge. I have to admit though, it doesn’t sit well with me. Seeing a tiny baby being bottle fed with the mother not making eye contact or skin contact with her baby actually makes me want to heave – just as much as seeing a snotty nosed toddler walk around a toddler group with a bottle hanging out of its mouth. ?Having a twitter chat about it the other evening raised the point that they may be bottle feeding so as to emulate Western practices. Apparently, back in 2002-2006, when there were many Nigerian women in Carlow, while many would breast feed their babies at home, they would bottle feed them when out and about, seeing it as more ‘Western’ and hence acceptable. ?Considering Ireland has such a celebration of children, I really think this is sad. With most Chinese women having a single child, I think it is even sadder.

I can remember going shopping for clothes for Kate’s christening. We had left Will with my mum and headed to one of the Dublin shopping centres. Brian was trying on clothes in a shop and I sat down on a bench opposite the shop door so he could try on clothes, come to the door and I could nod my approval. I was as content as anything sitting there feeding Kate discreetly when a cleaning lady came up to me asking if I wanted to use ‘the room’. ?I looked at her not understanding what she meant. ‘The room?’ I queried, not having a notion what she was on about. ‘The room to feed the baby in’, she said. ?’No, not at all, I’m grand here’ I replied. She smiled and went on.

I remember my sister commenting on how her daughter was almost able to drink from a normal cup, she had been weaned from the bottle and almost weaned from a trainer cup. I automatically went to say ‘oh, wow, how advanced’ type of comment when I started to laugh – Kate hadn’t even weaned off me at that age! ?I have had really severe eczema all my life and I was determined to try and do my utmost to ensure my children didn’t get it. Initally intending to feed them for 6 months, I decided then it was easier than the hassle of sterilizing bottles and measuring out, and kept it up until they weaned themselves at 2. ?They were both allergic to dairy as young children (and Kate to soya milk too) and I brought them to alternative therapies as well as a ‘quack’ which sorted them but I firmly believe that if it hadn’t been for the excellent midwives in Salisbury, I would have had babies very afflicted with various allergies. A boy in my son’s class has terrible eczema and is constantly scratching – I couldn’t bear it if my kids had it.

The rate of breast feeding in Ireland is ridiculously low – partly due to midwives being overworked, midwives being useless at helping women latch the baby on, midwives being too quick to say ‘He’s a poor sucker, try him with a bottle’, women seeing bottle feeding as the norm, being concerned about being embarrassed in front of family members and all those visitors that come when a new baby is born, women wanting a good night’s sleep and giving baby a bottle at midnight so he/she will sleep till dawn. No wonder we have such a high rate of allergies and obesity. 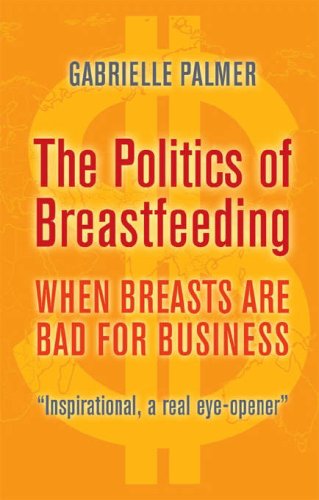 The Western world needs to copy African practices – we have numerous buckles and straps for our slings, African women manage with a shawl! Bottle feeding is not an advance, and if people see it as such, we need to go back to traditional practices. ?It may be good for dairy farmers and the huge companies such as Glanbia and Nestle but it’s not so good for tiny babies. I remember reading The Politics of Breastfeeding years ago – it is well worth a read and really shows how big companies use subtle messages to persuade parents that formula is best and that they need the Aptamil 1+, 2+ or whatever it is.

Put it this way, – I’m glad our milk doesn’t go into infant formula! ?I’m fine with Chinese people eating more yoghurts and cheese but not with tiny babies being fed formula.