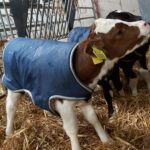 Back in 2019, I wrote about our experiences with calves experiencing severe bloat and nearly dying as a result of contaminated milk powder. It ended up being a very long post, but because I’ve spoken to so many other farmers about it, as well as vets, the Dept of Ag and the DVO, I decided to write an update. I intended writing it last year but with doing a new milking parlour, I never got the time. As we’re coming into calving season now, it seems good timing to update it. 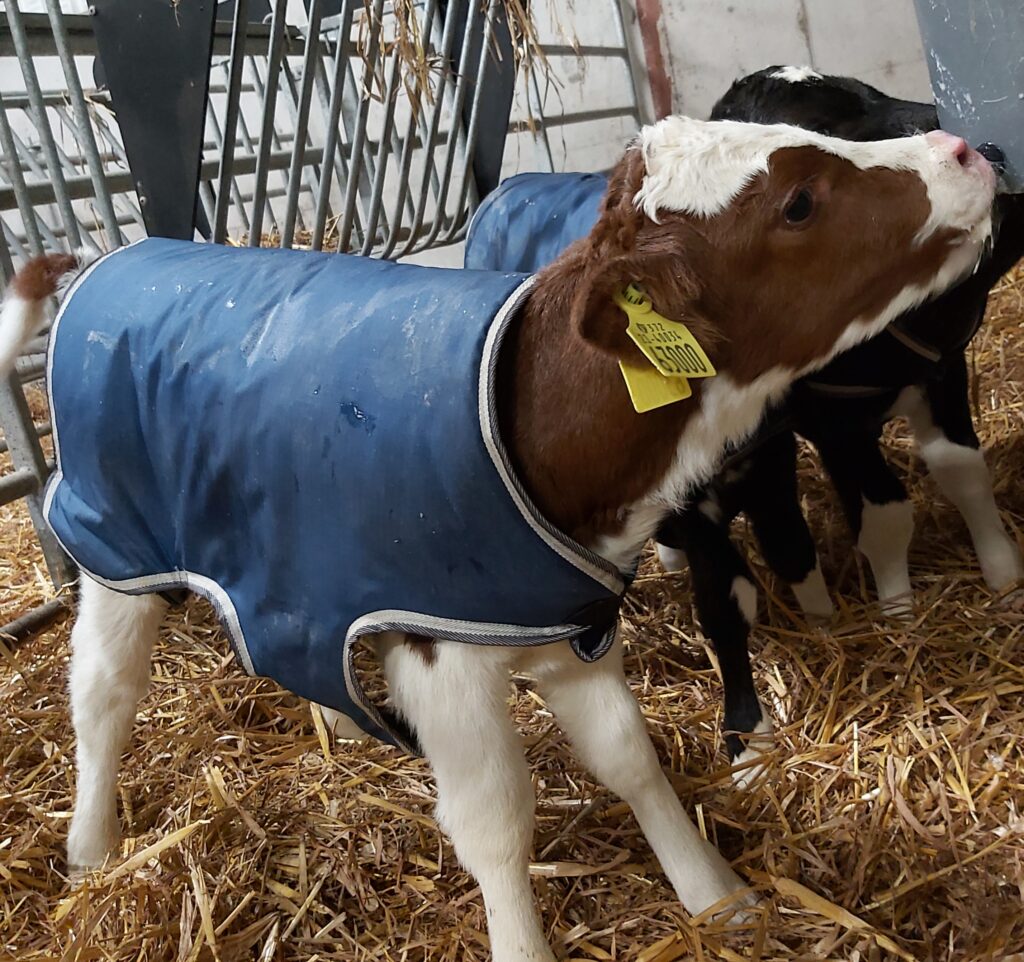 Summary of Events on our Farm

20 calves, 6 weeks of age, 7-10 days after starting on milk powder, got severe bloat over a week. Would have died overnight (why it affects them in the evening moreso I’d love to know) if we hadn’t noticed two calves one night and then did ‘bloat checks’. The most effective treatment was lifting calf back onto its haunches and inserting the tube of the stomach tube down, and waiting for the gas to come up. Not the easiest when they are 6 weeks old and strong calves.

The milk powder company came up with every imaginable excuse, most of which were my fault apparently. Honestly, I went from feeling so guilty to feeling I was going mad. Endless calls to the vet. Feeling totally inadequate and that I was failing my calves.

We changed milk powder and the calves transformed in days. Went from being sluggish and lethargic with dull coats and no enthusiasm at feeding time to having glossy coats, full of vigour and bounce.

We got the milk powder tested and the results showed that it contained 30 cfu/g of clostridia perfindens. Now, I was told later that apparently that isn’t enough to kill a calf (I’m still awaiting the link to show me the evidence of this) but considering they were drinking 700g per day, the amount of clostridia present sounds significant to me.

I’ve had so many farmers contact me with bad experiences of losing calves due to bloat (and they believe it is due to the milk powder). There are at least seven brands out there which have caused farmers considerable angst not to mention selling products that causes pain and discomfort to calves, often leading to loss of life. One brand is so aware of what they are selling that a rep will call out once a farmer reports a problem with bloated calves, have a look, say ‘oh, that must be a bad batch’, replaces it and throws in a few free bags for the inconvenience. That’s their product testing! Grrr

Now, some companies are very good, stand over what they sell and produce a good product. I don’t want to tar them all with the same brush.

The thing is, death from clostridia can be caused by so many things it is almost impossible to prove what the cause is. The Dept will call out to test everything from the water to the ration to the straw. Obviously, another cause is lack of cleanliness or a calf taking too big a feed.

At the moment, there doesn’t seem to be a testing facility in Ireland and as all milk powders are imported, this means going back to where it is produced, and the company themselves testing that batch.

My Advice for What It is Worth

I’m not a vet. I’m not saying I’m an expert. But I did my best to find out what was wrong with my calves and if this post helps any other farmers out there, my job is done. The worst is when you feel that it is your fault. The guilt!

If you get bloat in calves when feeding them milk powder, this is a check list – in no particular order:

Why isn’t there more media coverage if that many farmers are having problems? Um, just wait till the beginning of February and see just how many advertisements for milk powder are in the farming papers. I’ll let you draw your own conclusions.

So, what are the powders that cause the problems? I’m not going to name them, but ask neighbours or other farmers on Twitter what they use and if they have had problems. Having a problem isn’t necessarily a terrible thing, but follow up with a question as to if the supplier helped to get to the root of the problem.

By the way, it can happen that the powder won’t agree with a calf for some reason. Last year, I had to put one calf into a separate pen as he bloated a couple of times, and fed him on whole milk till weaning. I still did a ‘bloat watch’ walk through the calf shed three hours after each feed to check on them. It only takes a couple of minutes and gives me peace of mind. 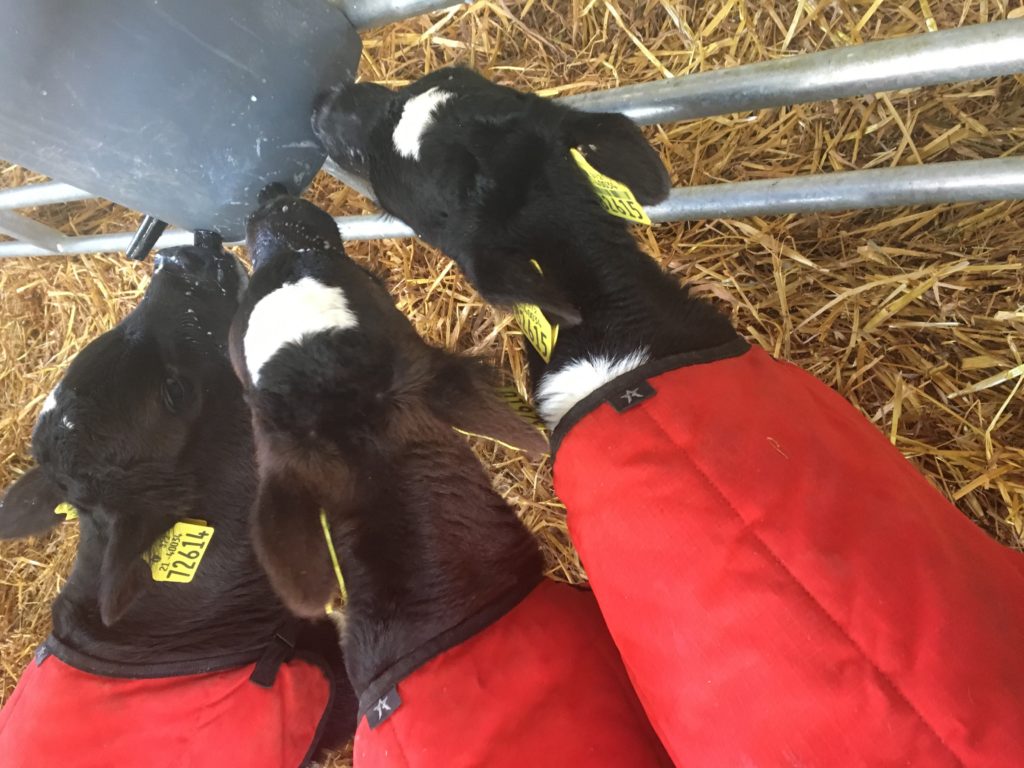 That’s my tuppence worth. I hope it helps. Don’t put up with any sh1te from anyone. They are your calves, your livelihood and your responsibility. Best of luck with your calving season. Ours will start in about ten days though a couple may go early. I’m power washing daily at the moment.

We decided to stick with whole milk this year for a number of reasons.

I’m glad to say we had a good calving season. We lost four newborn calves (born to heifers), and all were stillbirths. We upped the magnesium and iodine and that seemed to sort it. Touching wood here but there hasn’t been any crypto and only a tiny bit of rota at the 8 week stage when calves were hardy. Defrosting some beistings and putting it in with the rest of the whole milk seemed to solve the problem. We sold 74 bull and beef calves leaving us with 90 of which 58 are dairy heifers.

So, what’s been the story with bloat this year. Much to my surprise, as we fed whole milk all season, we had one case of bloat. She was fine after treatment but then I started adding some lime to their meal and we haven’t had any problems since. Maybe she ate too much meal and not enough fibre.

To be honest, it was a huge relief feeding whole milk. No anxiety and the calves did so much better as with the solids, they were getting about 800 a day in six litres, compared to the 650 in milk replacer (as I didn’t dare feed them at a higher level). More expensive than milk replacer but then again one dead calf would pay for a lot of whole milk if one wants to look at it solely from a financial point of view. I’m not sure yet what we will do next Feb and March as the Glanbia quota comes into play.

At one stage, I was getting contacted by a lot of farmers (and some vets) about bloat in calves. Two brand names kept coming up again and again. According to farmer feedback, it was eventually discovered that one had the incorrect instructions on it (it needed more water added) and I don’t know what the problem was with the other. The Dept were looking into it in collaboration with vets.

It’s so darn difficult sometimes to work out the cause. I hope you had a good calving season and all the best for the rest of the year.

4 thoughts on “My Tips for a “Bloatless” Calving Season”