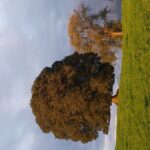 We’re all familiar with Bull McCabe in the play (and film) The Field by John B Keane. And maybe there is a little bit of McCabe in all of us as people can be remarkably possessive about land they own or rent. At a recent auction near here, a man that had been renting a field for years stood up and told everyone not to buy it. He wanted to continue renting it. If land is being sold because of the bank insisting on it or because of a marital breakdown, it can happen that no one in the locality will bid on it. When land comes up for sale, there are often conversations between neighbours adjoining the land as to whether they are interested in it. Other neighbours often attend, sometimes for interest but occasionally to step in and purchase if the adjoining neighbour bows out of the bidding.

There have been two cases in recent years in Ireland where brothers have been killed, one very recently. Situations differ of course but the question is why are people so attached to the land, so much that they will kill for it? Apparently, agricultural land in Ireland only comes up for sale about once every 400 years whereas in France, it’s every 70 years. When expanding, rather than selling a small farm and buying a bigger or better one elsewhere, farmers tend to buy land that comes up nearby even if it doesn’t adjoin their main block. That’s one of the reasons farms in Ireland are so fragmented.

But why? Is it because the farm has been in the family name for so long? Is there a genuine attachment to the area or to the actual fields? Is it due to loyalty to ancestors and to continually improving the farm? Is it a need to see it passed on to the next generation, and the next?

Lynups Hill is one of the fields I feel particularly close to, it calms me. High Shores invigorates, Lynups comforts. I used to walk up the hill as a kid and sit under the sycamore tree, the quarry behind me, Garrendenny Lane to my left, the wood to my right and looking down at the farmyard or across the fields.

We don’t know what this field was called in previous centuries but it’s been called Lynups Hill since the 1940s when my grandfather inherited the farm from his uncle.  It should be called Lynam but local dialect changed it to Lynup. Lynam’s Hill was home to Jimmy Lynam. He didn’t own that particular field but owned three fields nearby. However, his thatched stone cottage and shed were on the edge of the field and hence it got the name. Whatever it was called in previous centuries is now forgotten.

Jimmy wasn’t born or reared there. His mother died when he was young and his only memory of her was of being held by a woman sitting in a kitchen, talking to another woman, and he always wondered which one was his mother. He inherited the farm and cottage from an uncle, moving in during the 1930s. Like so many men of that era, he remained a bachelor, living alone except for the occasional visit from his brother who worked abroad. Of medium height and strong build, he wasn’t a man to use his own strength, preferring others to use theirs. He and other farmers along the lane helped each other with jobs like mowing and making hay. A neighbour, Paddy Wade, owned a horse so Jimmy borrowed it when he needed one.

Jimmy had six cows. As well as those cows having calves, he bought in calves and reared them. He milked the cows, but didn’t bring milk to the creamery. A local deaf woman called for a pint of milk each day and apart from what he used himself, the rest was fed to the calves. He preferred to milk the cows with his hands wet, dipping his hands down into the milk to keep them wet – my guess is that the milk wasn’t up to the creamery’s hygiene standards! His income came from the sale of cattle, which were always finished well and a credit to him.

Jimmy’s thatched stone cottage had one main room where he slept, ate and relaxed. A small storeroom held everything from buckets to boots. A calf house was attached to the other end. A shed nearby housed the six cows in winter. Jimmy didn’t drink, but like other men along the lane, he called upon neighbours to play cards and exchange stories. He read the daily newspaper and stood at local crossroads with other men, all similarly dressed in brown or black overcoats with hobnail boots. His trademark phrase was, ‘What’s the general opinion on what’s going to happen?’

Jimmy had a loyal and well-trained collie dog, Floss, to get his daily paper for him. A small shop, just a room in a house, was located opposite the Church of Ireland church at the end of the lane, a mile from Jimmy’s cottage. Floss padded along the lane daily, bringing back the newspaper and any other messages. Requests were written on a scrap of paper and tucked in under Floss’s collar, to be read by the woman of the shop, placed in a bag and returned to Jimmy. When Jimmy died in the early 1970s he left all the proceeds from the sale of his farm to local and church charities.

His cottage and sheds are long gone but Jimmy’s name lives on in the name of the field.  Lynups Hill is still a peaceful place. Would I kill for it? I’d hope not but  who knows how a person reacts when threatened. We can never say never.  I’m relaxed about the fact that our son will never farm and it remains to be seen if our daughter will. Our succession planning has to include the option of selling or leasing the farm. But to have it taken away against our wish? That would be another matter entirely.

I hope Lynups Hill remains peaceful for many generations and yes, if it is still in our possession when I leave this earth, my ashes are going to be spread under that sycamore tree.

There are more stories of our fields in my memoir Till the Cows Come Home which was published in 2018. I’m very grateful to the farmers, authors, bloggers and reviewers who provided reviews. Here’s one from Hannah Binns, farmer’s daughter, journalist and a English/History graduate:

“Lorna’s book definitely has a feel good factor about it, through its emotional anecdotes celebrating various stages of Lorna’s farming life and past. It combines history, murder (yes that’s right, MURDER!), birth and agricultural lectures in 24 delightful chapters, leaving you feeling a part of Lorna’s wonderful farming family and her many adventures.

Yet despite our differences in upbringings, Lorna on an Irish dairy farm vs me on a working hill sheep farm in Lancashire, her memoir is littered with sheer relatable content that upon reading brought back floods of memories about my own farming childhood. It left me feeling proud of my farming heritage, my unique upbringing and instilled more motivation to keep writing/blogging about my farming adventures.”

4 thoughts on “Friday Fields: Lynup’s Hill, Where my ashes will be spread”