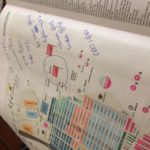 I thought my expectations heading to the Ploughing Championships last week were quite normal. I knew I would have a busy morning with two interviews, followed by going to the “Women in Ag” panel in the Irish Independent tent. After that, my only “must sees” were to see some ploughing, watch the sheepdog trials, and visit some engineering stands to suss out their calf gates to create calf pens in a shed. I reckoned visiting 4 or 5 engineering stands would be done and dusted within an hour and I’d get prices, suggestions for what would work best, and some leaflets or booklets to bring home with me. As you can see, I’d done my homework and knew where the relevant stands were to be found! 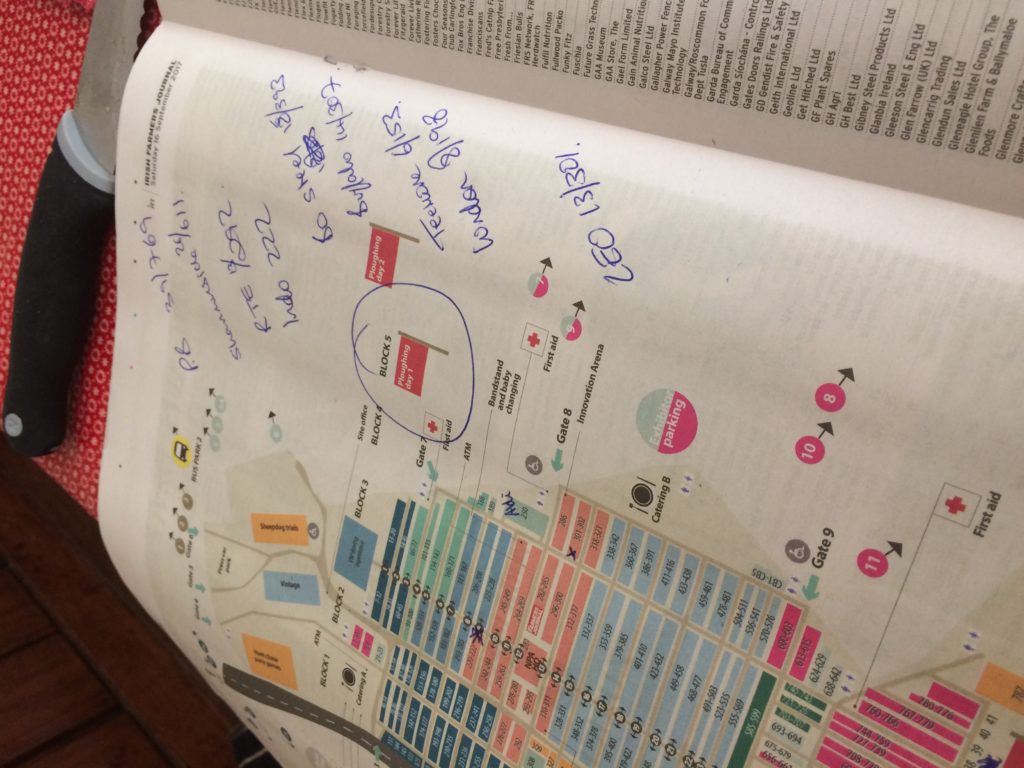 Hmmm, after a while, I discovered that these “normal” expectations were in fact way too high. You see, even though a company shells out a lot of money for a stand at this event, they don’t seem to comprehend that staff need training in order to get sales. To me, a “normal” salesperson should be able to read a person’s body language to gauge if they are a time-waster or genuinely interested in their product. If busy with another customer and see someone waiting, they should be able to send some signal that they’ll be with them in a few minutes. For example, if going to get a brochure for existing person, just walk past and acknowledge their presence, saying they’ll be with them shortly. It’s not rocket science.

The first salesman I spoke to didn’t have all the answers but got his brother who seemed to be the boss. Attentive, knew his stuff. Job done. I went away happy. If this had been the fifth stand I’d visited, I’d have thought it was superhuman.

People were helping themselves to huge platters of sandwiches. Were they customers and staff or just staff? It was hard to tell. I stood there for a minute looking at a brochure. I was getting vibes that I was going to be ignored so decided to test them by waiting. Eventually, after a young sales woman had walked past me three times, I asked her about calf gates and she pointed to a rack where various samples were enclosed. No offer to show me what was what. I had a quick look and walked away.

Posters showing calf gates suggested they had a good selection but again, sales people wandering around. I’d have needed a neon sign for them to spot me. Was it because I was a woman? Asking Brian later, he didn’t think so as he remembered going to look at milk tanks a few years ago and was treated the very same. The sale went to a good sales person who made eye contact with him the second he walked onto the stand and was straight up to him to ask if he could help.

Ah, these need a special mention. I wanted to speak to these “salespeople” as we purchased 2 calf hutches and gates off them in the spring and I wasn’t happy that the gates were provided without instructions. After waiting for ten minutes while sales people ate sandwiches and chatted on phones, I had to call out to a guy as he glanced at me and then walked away! His reaction to my complaint about the lack of instructions was “well, sure, you were probably fine after you had made the first one”. I kid you not. On questioning him about how many calves he’d recommend putting in their hutches, he replied “six”. I told him six were fine for up to four weeks but not till weaning. He then questioned if I bedded them and swept them out daily (Yes!) and said some farmers put seven and eight in them. Needless to say, by the time I got to ask him about calf gates he’d had enough of me, pointed out a basic gate and told me that was all they had.

I passed by this one on the way to the shuttle bus so didn’t have much time. I went straight up to the salesguy in his little rain shelter office. First of all, he misheard me and pointed out sheep hurdles when I asked for calf gates. Then he pointed to a single gate and said that was it.

I know that not everyone is a good sales person. I know that standing around selling at the Ploughing is like hell on earth for some people. But this was the first day of the show. The weather was good. It was busy but not overly so. Goodness knows what they were like by the Thursday evening especially after all the mud and rain on Wednesday. It’s not good enough when farmers are giving up time and money to go to an event with the main aim of sussing out a particular product.

Turns out my “normal” expectations for some reasonable sales techniques were way too great! No prizes for guessing who will be getting our order.

What about loyalty and innovation?

We supply Glanbia with our milk. They are trying to reinvent themselves somewhat as a caring co-op. A co-operative is defined as a farm, business, or other organization which is owned and run jointly by its members, who share the profits or benefits. Glanbia recently launched a scheme they have described as “high profile” and “innovative”. Is it?

Part of it is similar to previous schemes. They have run “fixed milk price” schemes before. The farmer decides whether to sign up a percentage of future milk supply at a defined price. We have signed up for them, about 40% of our milk is currently in about five fixed milk price schemes, it’s all about trying to reduce the uncertainty. Some years we win, some we lose. Their new scheme has a fixed milk price of 31 cent per litre for 5 years. Quite a long time when you think that inputs are going to be more expensive in 5 years time.

The other part of the scheme is what we have a problem with. They are “asking” farmers to also sign up to buy all of their feed from Glanbia for the 5 years and then avail of a €30 per ton rebate.

Initially farmers had to sign up for the 5 years but have now permitted a get out clause after 2 years (obviously due to feedback that this is a shite scheme but too stubborn to admit they got it wrong).  They will be determining how much each farmer should be buying and checking to ensure they are buying all their feed from Glanbia. This is the part that supposed to be innovative. Is it? Hmmm, well, the supermarkets have been using “loyalty” cards for years, shoppers getting points in return for shopping which they can then convert into money off or other benefits. All kinds of shops have loyalty cards now.

Why haven’t Tescos, Dunnes and Supervalu insisted that their shoppers buy only from them?

Because it’s ridiculous. They aren’t stupid. They use the carrot of giving more benefits the more that is spent. I rarely shop in Dunnes Stores, probably twice a year and I don’t possess its loyalty card. When handed my receipt, I’m reminded that if I spend over a certain amount on my next shop within two weeks, I get €10 off. I’m usually left feeling a bit bereft as I know I won’t be back and that €10 is probably already built in to the €200 I’ve just spent. Imagine a supermarket telling its shoppers that they have worked out how much their family spends on groceries in a year and they have to sign up to buy just from them. No, they know to use the carrot, not the bullet to the head.

This situation makes me think of Father Ted. Can you just imagine Fr Ted saying something like “we won’t call them members any more, we’ll make sure they are loyal by getting them to sign up for 5 years, hmmmm, what will we call them now?”.

What did all those Dougals in the boardroom probably say?

Brian’s suggestion is something like “Careful now, Ted, ah, sure we can all be loyalists now”. Yes, his opinion is that low of these “boardroom experts”.

It also makes me think of Animal Farm. Yes, another occasion when an organisation “by farmers, for farmers” is turning into “The creatures outside looked from pig to man, and from man to pig, and from pig to man again; but already it was impossible to say which was which”.

Oh, and the reason this scheme is high-profile. It’s just because it’s so atrocious that it’s been getting some press in the farming media.

I feel angry, disappointed, disillusioned and saddened by this. My father supplied Glanbia for most of his working life. Brian and I have been supplying them for 15 years. When I was a kid, there was a pride in the house in buying Avonmore products and seeing them on the supermarket shelves. Yet, I, someone who is enthusiastic about farming, passionate about getting more women involved in agriculture, can nearly always see the silver lining in the direst of situations, I’m left feeling that we’re being treated like the shit that Glanbia board members are scraping off their shoes.

Glanbia staff and board members need to replace those placards in their building that say “Because I’m worth it” with something like “For farmers, by farmers”. Me? I will continue chanting the mantra “Don’t let the bastards grind you down”.

I’m curious to know what others think. If you’re in favour of Glanbia’s “loyalty” scheme, I’m open to hearing why. If you have any suggestions for “Dougal” lines, I’d love to hear them! The silver lining is that perhaps we can have a good laugh out of this. I can’t think of any other one.

8 thoughts on “Great Expectations, Innovation and Loyalty – What A Week”