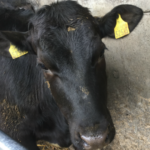 Do cows know when they are related? Do mothers and daughters stay close? What about sisters? We’ve often noticed cows that are twins grazing close together. Sometimes cows will form a mother and daughter bond even if they aren’t related. Lucy, one of our favourite cows, was lying in her cubicle recently (yes, she has her own cubicle and no other cow dares to try and lie there) and on either side of her were two of her daughters, Lucy Mór and Lucy Bán. Was that a coincidence? I doubt it.

Yesterday, the breeding season started for our maiden heifers. The first heifer to be inseminated was Susie. She’s one I’m particularly fond of. She nearly died as a calf. She and her twin sister were in a hutch which housed ten calves. Feeding them at 7:30 one winter’s night when the rain was lashing down, I noticed that while both were feeding, they weren’t feeding with enthusiasm. I checked them again an hour later and decided to move them. All calf housing was full so I put them, one at a time, into the calf barrow, and wheeled them to the passageway of the calf shed where they lay on a bed of straw. Between a cow calving and other things going on, it was 10:30 before I got to check them again. We’d had problems with bloat (from the milk replacer we were using at the time) and both did seem swollen but yet  weren’t bloated. Susie was very ill now and wasn’t even moving. She had gone downhill fast and I didn’t want to risk leaving her till morning as I wasn’t convinced she would still be alive. I hated calling the vet that late and on a Saturday night but he didn’t complain and was out within 45 minutes. Susie had peritonitis, an infection outside the gut and her prognosis wasn’t good. As she lay there and I held her head steady as he shaved her to prepare for the drip, I felt so guilty. Had she been ill that morning? Had I missed something? I should have got the vet out at 8pm when I first noticed she wasn’t well. Paudie put her on a drip and gave her a cocktail of drugs while we hung a heat lamp over her. It was 1am by the time we got to bed, wondering if she would be alive when we got up in the morning. We could do no more.

Susiebee was up and hungry for food the next morning. Needless to say, she got whole milk. Susie was sitting up and looking alert which was a good sign. I texted the vet to let him know. The two calves were put in a shed with slightly younger calves and they soon became the dominant duo in the group, always clamouring for milk. 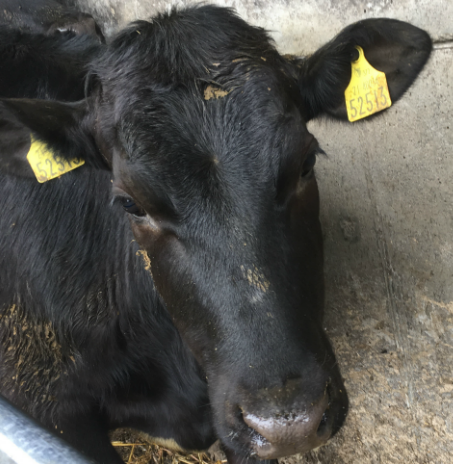 Susie was brought down to the cattle crush yesterday to be inseminated. I really felt a surge of pride as I looked at her in the crush. She’s not going to be one of our best cows, the Economic Breeding Index score shows that but it’s lovely to see her doing well, to know that, unless something goes very wrong somewhere, she will have a calf next spring and come into the milking herd along with her sister. When Brian brought her back to the others in the shed later (unfortunately, they are still housed because of the wet weather), SusieBee was bawling loudly. Initially Brian thought that she was coming on heat but no. Once Susie went into the yard of the shed, SusieBee rushed over and the two of them stood together nuzzling each other on their necks, their heads entwined in a cow hug. It was lovely to see that they had missed each other and they wanted to spend time together after the brief separation. Yes, I was nearly in tears again when he was telling me about them.

We have another set of twin maiden heifers but they have never seemed to be as close. It will be interesting to see if they react the same when one is removed for an hour. 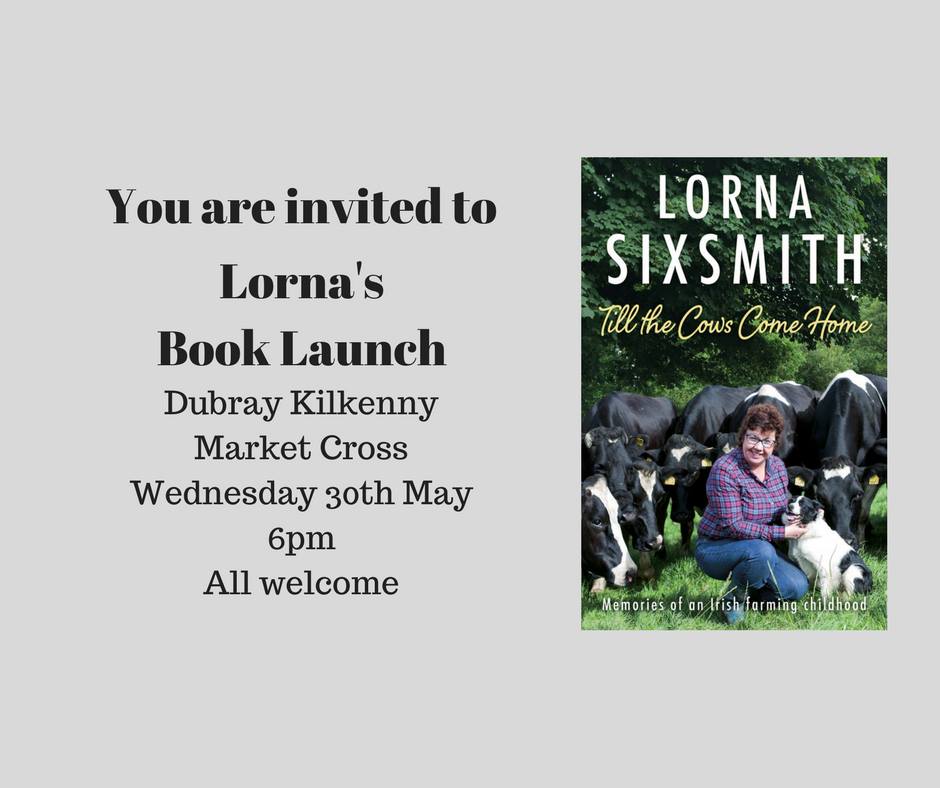 And if you would like to read about more of the cows in our herd, I’ve included lots of cow stories in my new book Till the Cows Come Home which is being launched on 30th May in Dubrays Bookshop in Kilkenny. Do come along if you can.

And just in case you think that all bovines are nice to their relatives, I saw Lucy’s grand-daughter make the mistake of going to lie down in Lucy’s cubicle a couple of weeks ago when they were still indoors. She soon got short shrift from her grandmother and had to make a quick exit!!

One thought on “Bovine Sibling Love”