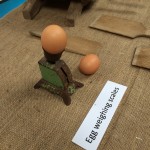 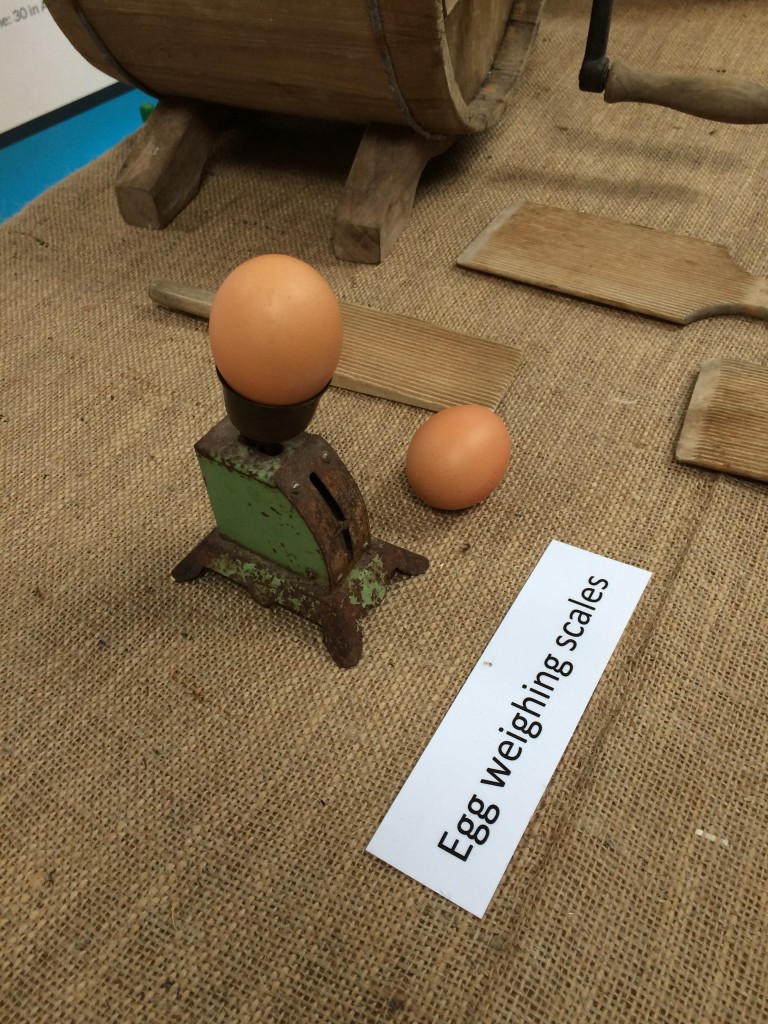 Why was I so excited? Well, when Kate and I were choosing and trying out some old recipes to put into my Perfect Farm Wife book, we came across one that stated it required ‘4 eggs, the weight of 3 eggs in sugar and the weight of 2 eggs in flour’. At the time, we wondered if the weight referred to them as cracked (ie without the shell) or with the shell. We asked on Twitter and we tried it out both ways – concluding in the end that the recipe meant for the eggs to be weighed with their shells and I think this little egg weighing scales proves it. Of course, eggs then would have varied widely in size and weight particularly as hens didn’t lay as many eggs each year and would have lived for longer. It was only when a hen wasn’t laying any longer than she became a meal and her eggs became larger with each year.

Kate and I are starting a summer project when she gets her school holidays next week – we’re going to experiment with lots of old recipes from her nan’s handwritten recipe book and we’re eventually going to try and make butter – not with purchased cream but by skimming our own milk. There was a butter making demonstration at the event last week, unfortunately we had just missed it but I asked the lady how they skimmed the milk. She admitted they had cheated and used cream but that the only way to do it really is to use an old separator. We don’t have one but I did see a post some time ago on siphoning off the milk from under the settled cream so we’re going to give that a go. We’ll keep you post on how it all goes.

4 thoughts on “Have you ever seen an Egg Weighing Scales?”