Brian was crossing the road to the local shop the other day and a man stopped him and said ‘You look like a farmer’ Now, there were plenty of signs for his hugely intelligent statement – the fact Brian had climbed down from a tractor, the fact he probably had muck on his unironed clothes, the fact he was wearing wellies but sometimes the signs are a little bit more subtle. If you’re thinking a farmer would be a good catch and you’re out in town where they aren’t wearing their farming clothes, here’s 10 ways to identify a farmer.

By the way, the man wanted to give Brian a sample of his Himalayean salt. He had huge bags of rocks of salt in the back of his pick up truck. Apparently it is very good for calves, organic, full of minerals from thousands of years of being created. There were a few crystals of himalayean salt on the Lily O’Brien chocolates I was eating the other day, I’m sure they were good for me too!

Farmers have a type of wave that is unique to their breed. Usually driving along in a tractor at a relatively slow speed plus the fact they are positioned higher than cars, they have plenty of time to see an acquaintance approaching. While most people might lift two fingers off the steering wheel in order to wave, the farmer has ample time to lift his hand and make it into a fist in the middle of the windscreen. The habit continues into the driving of the car too as the whole hand leaves the steering wheel. It’s not exactly a royal wave either.

As a result of all the manual labour, particularly for livestock farmers, his hands will be larger and rougher than most other farmers. I can remember my dad softening a green ointment by the fire (called SnowFire – really hard to get it now) and rubbing it into the cracks of his hands during the calving time.

Farmers are accustomed to striding across the yard or through the fields in their wellies, unhampered by any obstacles. Put them into a busy shopping street and if there is space, they will take their long farmerly strides. However, if it is busy, he will soon have a pained expression on his face as he tries to get used to taking small steps and big steps, big steps and little steps. I have been known to develop this walk too! 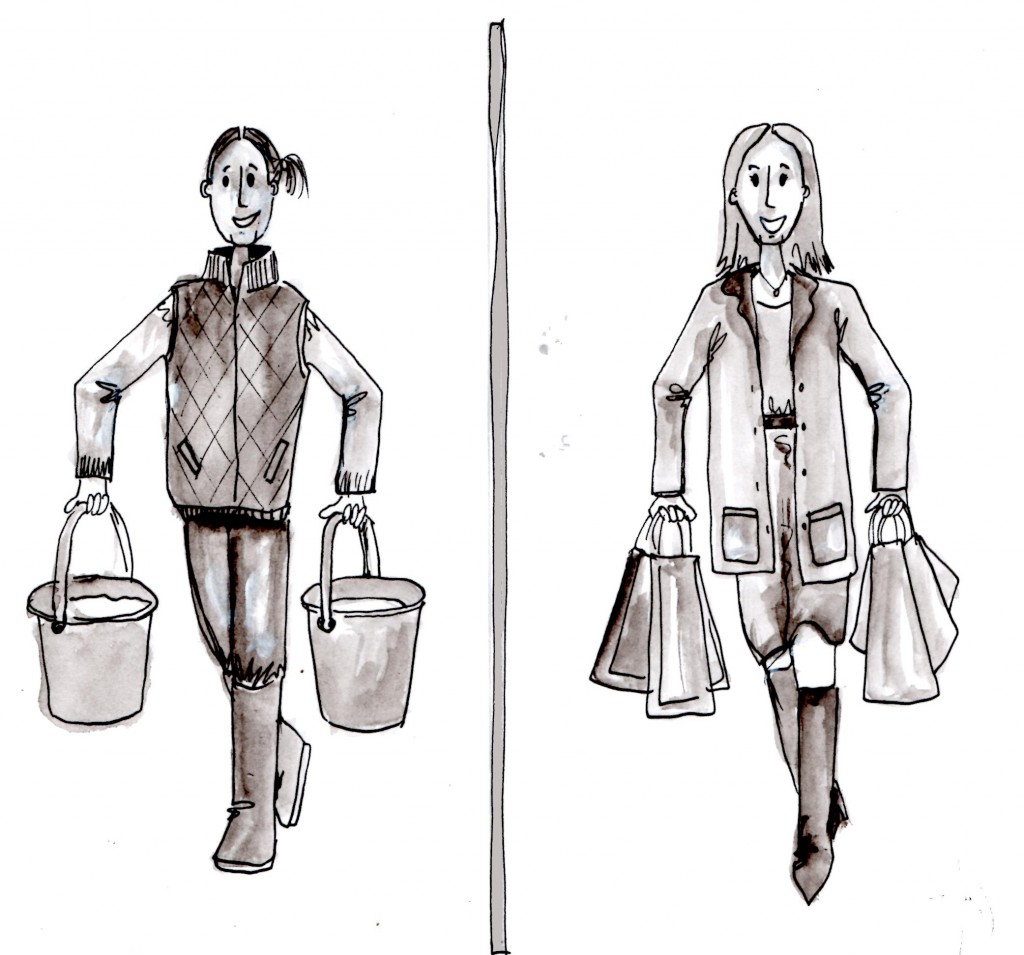 While some farmers can be fashionable, they are the ones that usually have a helping hand such as a fashion conscious sister or wife. I think part of it arises from the fact that he wears old clothes when farming so his ‘good’ clothes can last a long time. The downside of this is that he often thinks you spend a ridiculous amount of money on each year’s fashions!

Because of the repetitive nature of some farming jobs, muscles can develop to a larger size than normal in some areas of the body. For example, when my husband is putting the milking clusters on the cows, there’s a muscle on the uppermost side of his lower right arm that pops up – it’s totally non existent on my arms as I rarely milk!

Farming has its busy times of the year. I’m not suggesting farmers don’t have time to shower but sometimes they run tight on time to get to the barber or to shave or get their beard trimmed. Hence, a farmer may look that bit more tousled than his non farming peers if you spot him out and about. If he’s in the countryside, his best friend (his dog) is unlikely to be far from his side. 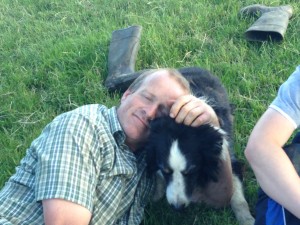 One farmer and his dog

I don’t mean that he can suddenly start spouting in French or German or even as Gaeilge but rather than his choice of language can be rather colourful at times. Accustomed usually to only having the dog or the cows to hear him or indeed, they are often the subject of his ire, his sentences can be peppered with swear words without him even realising. My mum always commented on how an old workman never swore in front of women or children, something that was quite unusual as many did.

Um, I don’t mean that he got his legs waxed but you might notice that frequent wearers of wellies tend to have much less hair on their legs underneath the wellies, the frequent wearing just wears away at the hair follicles. Above the wellie line though, it can be a very different story! 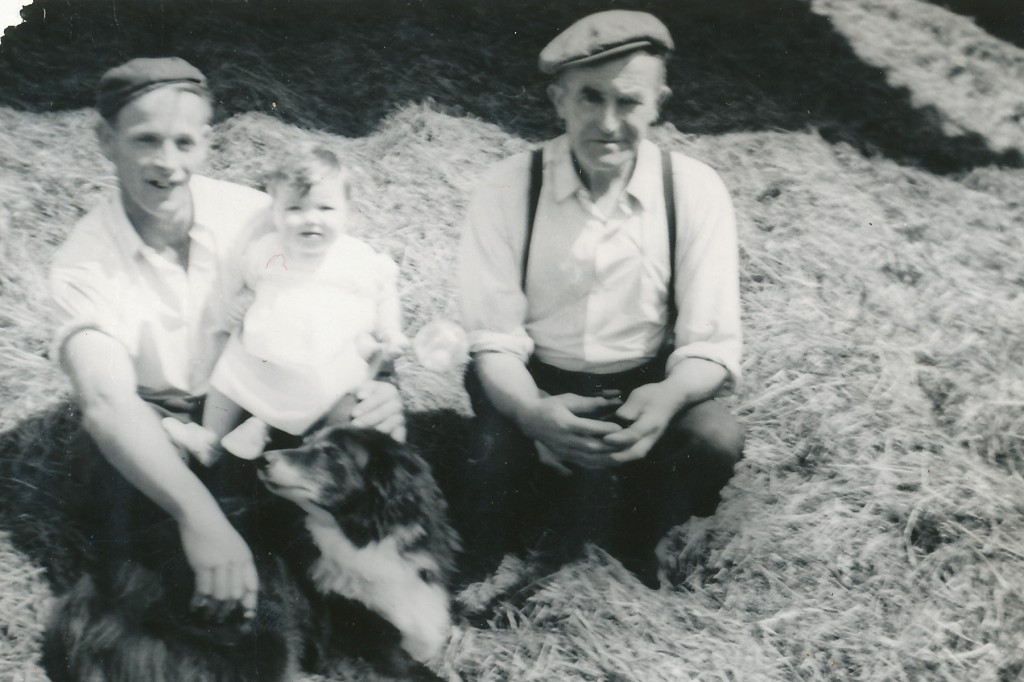 The tweed caps of old tend to be gone but during the winter months, most farmers will wear a warm woollen hat. This means that if he is out ‘good wear’ he feels he is bound to catch his death of cold without a hat. Therefore, he will have a variety of hats and caps for his different social opportunities – at home farming, going to a discussion group farming, going to the mart, and going to town.

These refer to male farmers – it would be a braver farmer than me to suggest that female farmers aren’t fashionable although I have been known to notice myself doing the farm walk down a shopping street on occasion!

What makes you guess that a man is a farmer if you spot him in a town location? I’d love to hear. Am I accurate or barking up the wrong tree??

7 thoughts on “9 Ways To Identify A Farmer”