Calving was supposed to kick off tomorrow but as can happen, some cows calved early with 4 being born last Wednesday. 2 are the tiniest little heifer and bull – not much bigger than lambs and have been named Paddy and Mary! We’re up to 8 calves now and I’m sure the next fortnight will be pretty busy. The photos I’ve taken so far aren’t great so will get some up this week. 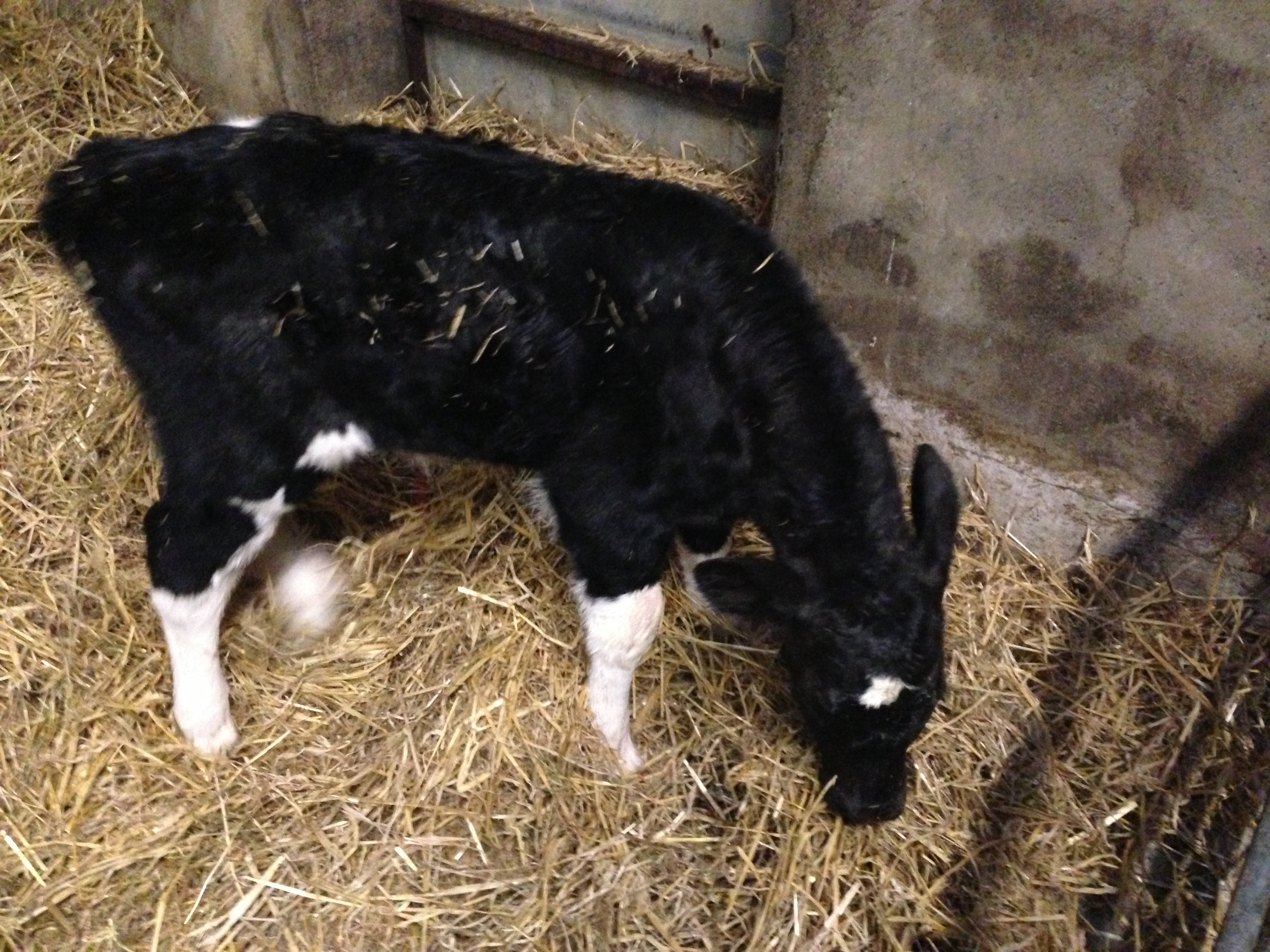 It’s been a busy week. My iphone fell from my pocket into the coal bucket when I was putting coal on the fire and it was a few minutes before I saw the pink cover melting in the fire, the iphone well past repair by then. Luckily I had it insured with FBD Insurance as a specified item with the farm insurance (it only cost about ?9 for the year so was well worth it) so that should be fine and my new iphone 5 arrived last week! ?I missed it most while out driving, feeling almost naked and vulnerable so I borrowed Brian’s phone occasionally. I’m sure people would be suspicious now of someone who broke down without a phone whereas years ago, if my first car broke down, I just walked to the nearest house to phone the RAC!

I had to bring our cattle dog to the vet too. He was staggering and was unbalanced. When we phoned the small animal vet, he said it sounded like he was concussed by a kick from a cow or else it might be meningitis! Brian hadn’t noticed him being kicked and once we heard ‘meningitis’, alarm bells rang and we decided to bring him in. Apart from being one of the family, he is such a good working dog, we’d be lost without him. He may only listen to Brian but as long as Brian is around, he is loyal and works so hard to gain his approval. It turned out to be concussion and he was fine the next day.

The children were ill too and I’ve got a bad cold and cough now – as long as Brian stays healthy for the calving, it’ll be okay!

We’ve had plumbers and plasterers in the house too since Tuesday. I hoped they’d be finished by Friday so I could get the house back to rights properly but they’ll be back tomorrow. We’re getting a new bathroom and a stove installed in the kitchen. Years ago, Brian would have removed and installed the bathroom but this was a bit more difficult than the norm plus he didn’t have the time. He did the tiling in the shower over the weekend though. I’m looking forward to having a cosy kitchen!

3 thoughts on “Calving kicks off”