It’s been a busy month, we’re up to 120 calves now with 25 cows left to calve. To say the compact calving worked well this year is an understatement! ?Having said that, most of the allnighters and long mornings and evenings teaching newborns how to drink milk are over, feeding them now is pretty quick. ?More on that in the next blog post!

If you remember, we were delighted to have one of our bulls purchased by Dovea, an Irish AI station and to see Garrendenny Lucifer featured in the catalogue.

As part of the deal, we got some AI straws from this bull when they were ready and we used about half of them, it was the end of the season so we didn’t get to use them all. ?4 of his calves have been born, the first 2 were heifers, out of not so great mothers in Brian’s opinion, and the next 2 were bulls (he was really hoping one would be a heifer as the mother is of high EBI – sod’s law!)

Brian was a bit concerned as the first calf born was a nutcase and relieved to see the other 3 are perfectly normal. Normally the calves have to be pushed (as they walk sideways) from the calving shed to the calf shed. This one nearly got away and had to be held by the tail. All the calf houses are full, all 5 of them so the last 6 calves are in the long passageway of the main calf shed until Brian gets another shed ready! 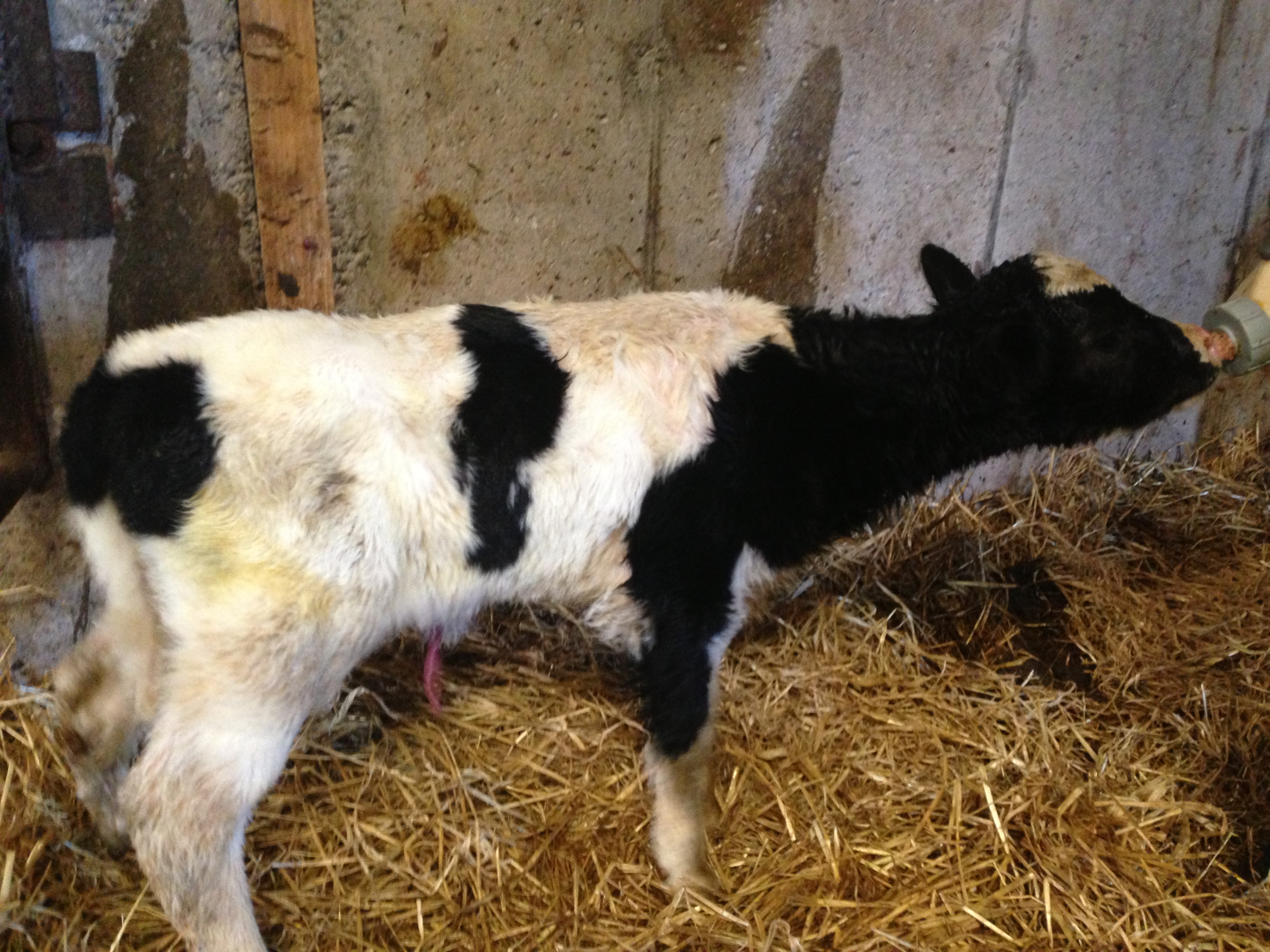 I’ve never seen a calf to be like such an interfering old biddy, she drinks well but has her nose in everyone’s business, does her best to trip me up, stick her nose into other buckets, as if she has to be first to hear all the news. She has such character I decided she had to be named, Lucy was the obvious choice after her dad Lucifer but Lucifer’s mother has officially been called that.

I’ve been recording Little House on the Prairie occasionally for Kate since I heard a week ago that it’s on TG4 at 1pm every day and Kate loves it. Therefore, Nellie Oleson came to mind so yes, this little calf has been named Nellie!

On another note, the last of the bulls went to be slaughtered this week. They went to a different factory and we heard today that they were delighted with them and would take bulls again from us anytime. Shame we haven’t got another shedful of them 😉