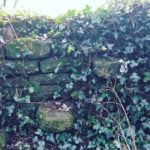 There had been a lot of commentary about the Presidential hopeful, Joan Freeman, announcing that a visit to Knock cured her of eczema when she was 16. Most people, judging by the plethora of comments, seem to think she is barking mad and yes, I’d be sceptical too yet I wondered as I tried something similar myself once.

People still go on religious pilgrimages and people still try herbal, religious or pagan cures in an attempt to cure them of something. When I was young, I also had eczema and my mum tried so many cures to get rid of it – prescriptions from doctors, allergy testing, herbal remedies and yes, religious cures too.

Some farmers will still try the old cures if an animal is ill, things such as hanging up holly in the barn can cure various ills – allegedly. If an animal has an internal bleed, many will try phoning a healer to say a prayer. There are people who have the gift of curing specific ills, I’ve heard of an old woman locally with a prayer for curing shingles. Mind you, I don’t know if it works or not. People have told me about going for a cure to rid babies of colic and the prayer worked. Warts have disappeared by wrapping a rag around the affected part, saying a prayer and then burying the cloth. Cures were part and parcel of growing up in Ireland. Neighbours talked of going to bone setters for sprains and dislocated bones (and probably broken bones too). Healers treated various complaints such as shingles, colic, sprains, warts, heart conditions, epilepsy, ringworm, asthma and more.

My mum tried various healers for my eczema: the occasional prayer said over me, various concoctions of medicines to be drank or ointments to be plastered on my limbs. While some worked to a degree, none were 100% successful.

One particular ‘cure’ that we tried stayed with me, partly because my mother and I didn’t know whether to laugh or cry when leaving the house. My mother had obviously heard that this particular cure would heal eczema and having made contact with them, it was arranged we would call. It was a dark winter’s evening and we were ushered into a chilly parlour. After the lady rubbed my limbs, she told us to say the rosary. As we are Church of Ireland, we had to admit that we didn’t know it but not to worry, she’d had other ‘heathens’ there before and provided us with a laminated copy of the prayer along with the set of rosary beads and a brief introduction. After a while, she returned and seemed surprised that we hadn’t finished. By this time, we were wondering if we should stop and get out of there but we might as well be hung for a sheep as a lamb and finish it. She returned after another ten minutes and sat listening to us for a couple of minutes. It was then that she realised our error, we had said the Creed part too many times, thereby adding considerable time to the prayer. ‘Maybe it will be even more successful’ said my mum with some attempt at positivity. ‘Hmmm’, the lady didn’t sound at all optimistic and it was clear that she thought we’d be in limbo forever rather than be granted a cure. We gave her a donation and left.

At the time of the visit, the eczema on my legs was only on the backs of my knees and my ankles. Within two weeks, it had broken out on my calves and shins. I wasn’t impressed. That was the end of our attempts at religious cures! 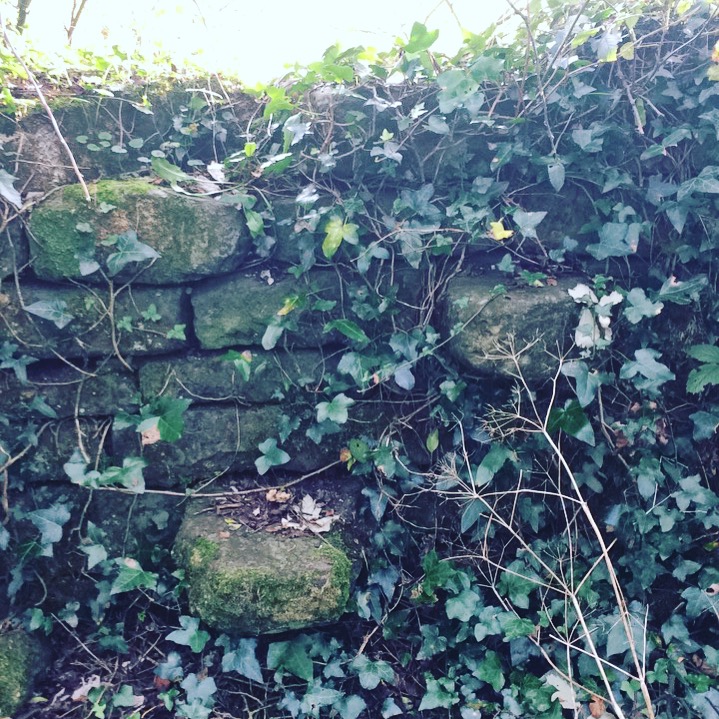 When I was researching some local history for my memoir Till the Cows Come Home, I heard more tales about the local well at Kilgorey, a few fields away from us as the crow flies. It dates from AD 550 when a monastery was built there. In penal times – when Roman Catholics weren’t allowed to worship – it was used as a Mass station. The holy well was a place of pilgrimage for centuries. It was believed that dipping a strip of the afflicted person’s clothing into the well water and then tying it to a nearby hawthorn tree transferred the infirmity away from the person and onto the shrubbery. Kilgorey Well had a good reputation for curing lameness. One story reports that a woman visited the well with her lame son on three successive mornings before sunrise, and on the third morning he was able to walk.

Locals believed in the holy nature of this well. Once, when people were working in nearby Agar’s Bog harvesting turf, one person visited the well to get water to make it. Try as they did, they could not get the water to reach the boil, a sure sign that the well had the power to cure.

Nowadays, the well and graveyard there are accessed via a lane. It was renovated in the 1950s and the outline of the ancient monastery is marked with low walls. A mass is held there every May. There is still the occasional burial there, and I can understand the attraction. Even if one is going to be six foot under, there’s a wonderful sense of freedom and space up there with views of fields for miles (I had taken photos but for some reason, they didn’t save to my dropbox).

So, do I believe in Freeman’s eczema being cured by her visit to Knock? Well, no, but having said that, although I don’t believe in fairies, like many other farmers I would never damage a fairy fort. And if I had a baby with bad colic, I’d first try a cranial osteopath and if that didn’t work, I’d be finding out about healers to visit. Maybe we all have a little bit of superstition and belief in pagan practices or religious cures deep down in our psyche. As long as one doesn’t rely on it to cure an illness that really requires medical attention, there probably isn’t any harm in it either. After all, looking for a second magpie is always second nature to most of us – isn’t it? 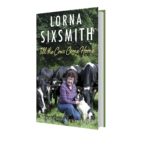 If you would like to read more local history within my memoir, Till the Cows Come Home in available in all good bookshops and on Amazon.