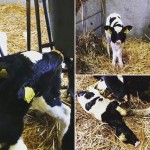 I suppose all calves are special but when you have 135 of them being born in a relatively short time, it’s not really possible to have a soft spot for all of them. There are some factors though that make a calf stand out. We tend to name a few partly because it’s handy to be able to say ‘check number 2305, he’s a bit off colour, he’s in Bruce’s pen’ rather than having to say ‘check 2305, he’s in the 4th pen along or maybe it’s the 5th’ plus we just get a soft spot for a few.

We went pedigree with the herd last year so each cow family has a name. We provided a list of names and they assigned them to the cows. One of the best cows in the herd happened to get Delilah, I’ve no idea now why we submitted it as a name as it just makes me think of the Biblical Delilah. An AI station gave us a straw (semen) for her last year so if she had a bull, they had first say on buying him. When she was calving the other night, I kept thinking we’d have to call him Samson if it was a bull. 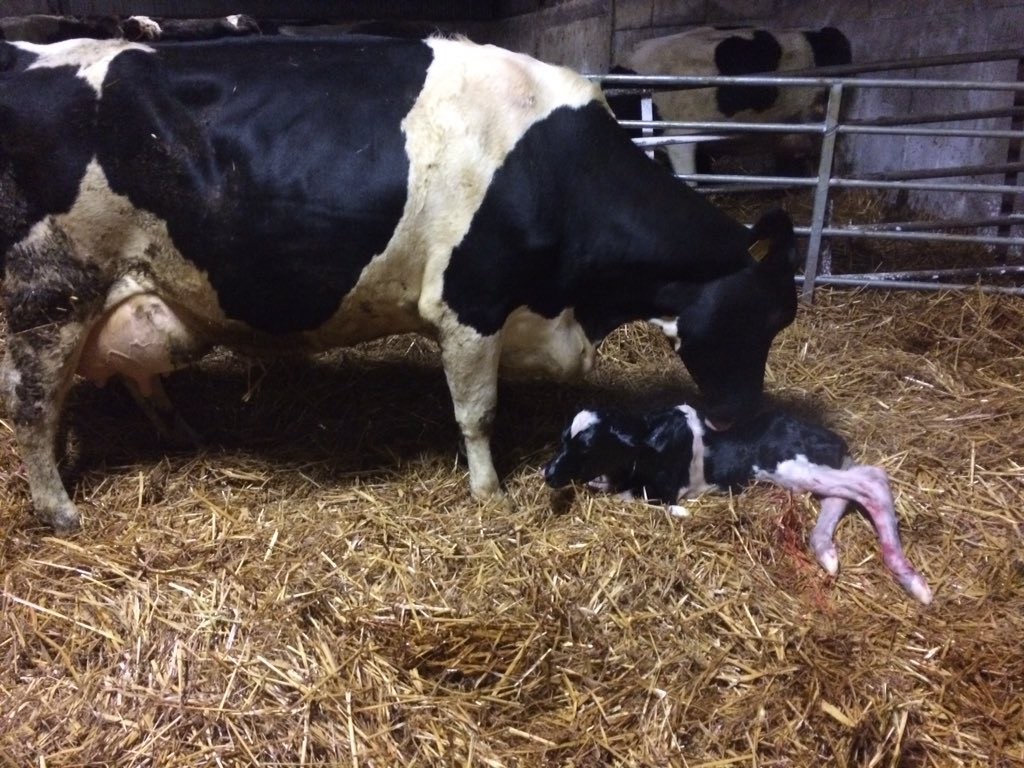 It was a heifer so we have a Delilah Beag (beag is little in Irish) and she’s a strong healthy calf with a projected EBI of about 320 (I’m going to be writing a post soon to explain the whole EBI process and how we choose bulls for Artificial Insemination so stay tuned if you’re interested). 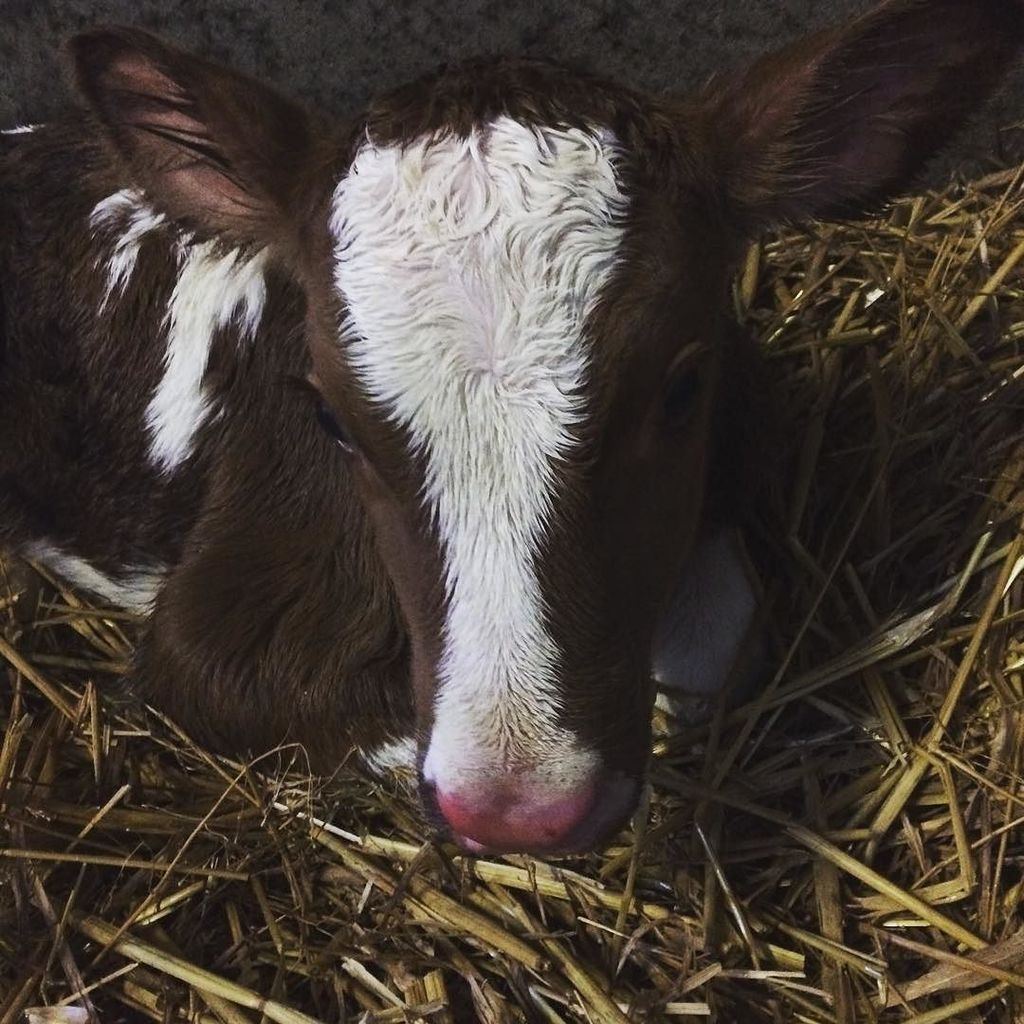 Rua is one of our only red heifers and Brian wasn’t so keen on keeping her when we were selling maiden heifers last year. She’s one quarter Rotbundt and therefore, not pedigree. I have a soft spot for her as she’s red and because I named her so she stayed. The sire of her calf has a red gene (there needs to be a red gene on either side for a calf to be red or a child to have red hair) so I was delighted when she had a red and white heifer last night. What’s her name – yes, Rua Beag.

Things can go wrong during the calving season but there can also be lots of good luck too. I went out the other evening to feed a calf that had been born an hour before. She had been licked all over and was a fine healthy calf. As she stood up and started feeding, I noticed there were a lot of blood splatters underneath her. For some reason, her navel had started bleeding and it was heavy. Left like that, a calf could bleed to death within minutes. All I could do was grab the navel to try and clench it and ring Brian with the other hand to come with baler twine to tie it. Another great use for baler twine! It was lucky though, if it had happened when I wasn’t there, the outcome might not have been so happy.

And now for Gloria. She had a bit of a strange delivery. There were clots of dark blood coming out with her and we wondered if her mother had been injured the day before. We had put six cows from the ‘dry cow shed’ into the maternity unit which had 13 there. Cows can be bitches and they will fight to assert their independence and dominance. This means they will headbutt each other – in the heads, in their stomach and along their flanks. It might be due to boredom too of course and after a short while, they will settle down again. I’ve a feeling that mothers at some school gates have nothing on them! 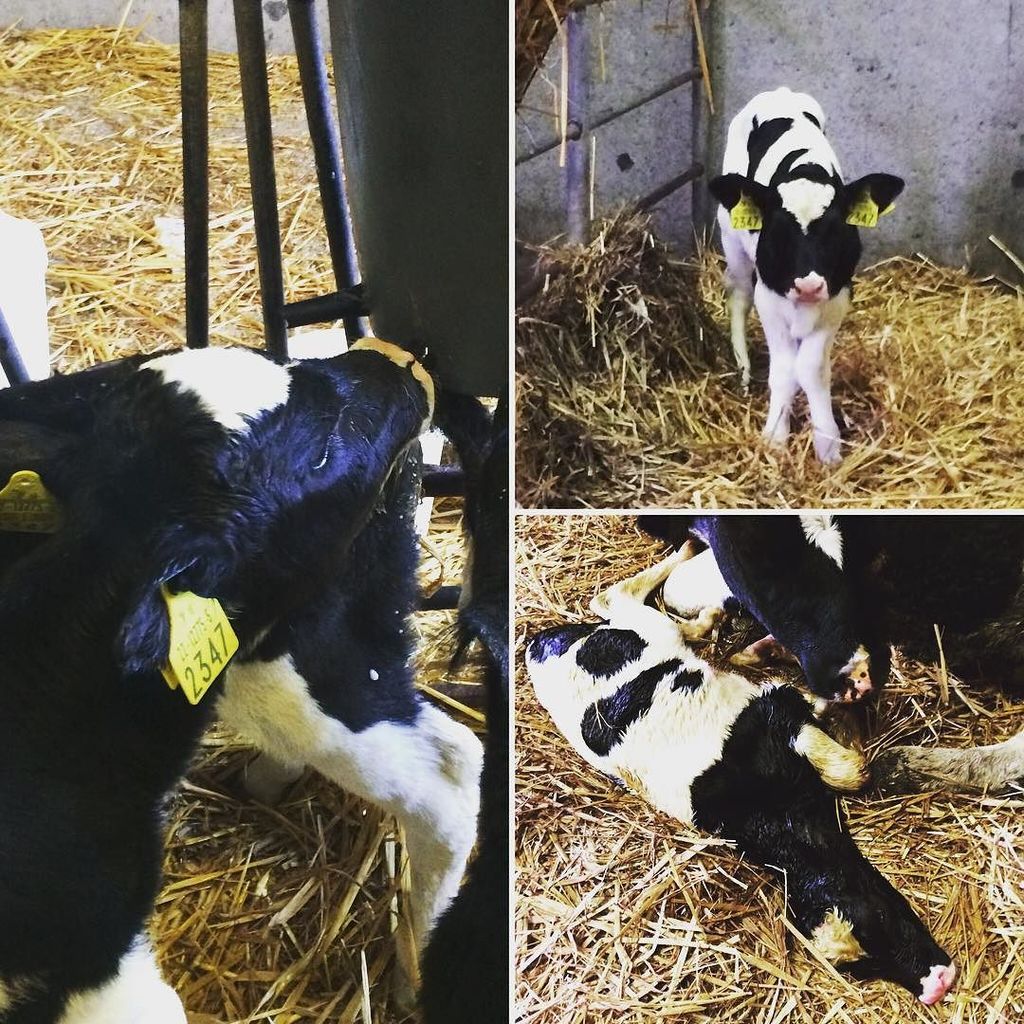 We pulled out Gloria and she seemed fine. Both mother and daughter seemed a tad exhausted by the birth so we left them to recover for an hour before I fed her the 3 litres of colostrum. She tried to stand but just couldn’t manage it. It took her a few hours to stand. Although she took most of the first feed, she wasn’t as successful with the second and third so we tubed her with 3 litres for her fourth feed. Now, most calves drink from the teat feeder by their third (and sometimes the second) feed so she was way behind. We moved her into the next pen so she wouldn’t be competing with peers born the same day to give her a couple of days to catch up. We were wondering if she was slightly brain damaged yet she seemed bright enough.

I was so relieved when I went out the next morning and the minute she saw me, she came gambolling up to the feeder. She will never be a fine figure of a cow with those bandy legs but we’ll always have a soft spot for her. She’ll be going into the milking herd in two years.

We’re just over half way through the calving with almost 70 born. Do you name any of your farm animals?